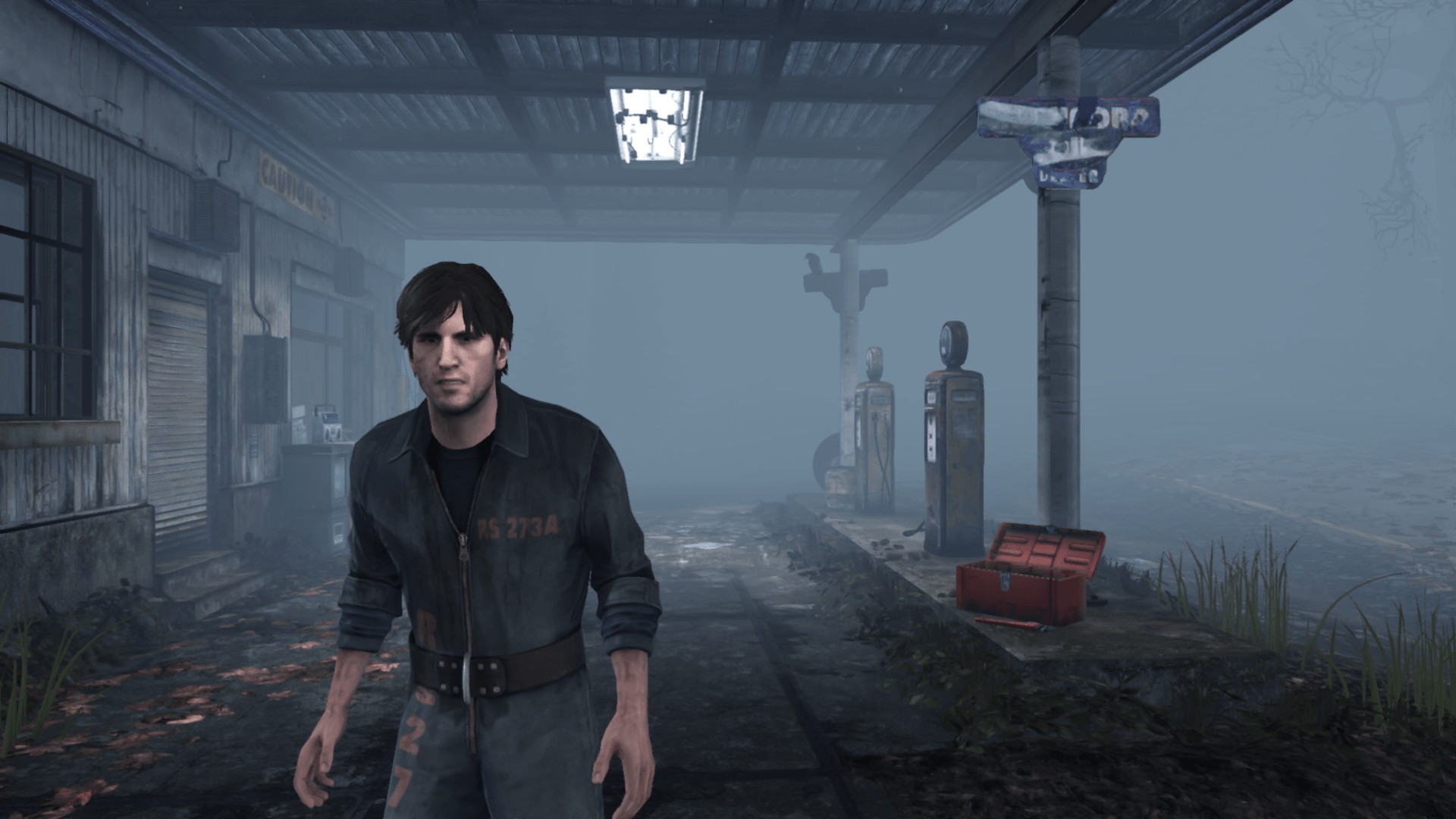 By 2012, Silent Hill had seen two different developers work on three games in the series. Climax brought its spin with the prequel, Silent Hill Origins and its reimagining of the first game, Shattered Memories, and Double Helix Games put together the messy Homecoming. Now, a third group, Vatra Games, the newly formed company by breakaways from Kuju Entertainment and 2k Czech in the early 2010’s, were brought on to bring their own spin to the series, Silent Hill: Downpour, released on the Xbox 360 and PS3 in 2012. By injecting some new mechanics and a fresh style into the series’ formula, the game carves out a new direction that still feels familiar in all the right ways.

The story begins with violence. Murphy Pendelton, a convict incarcerated for some unknown reason, makes an arrangement with corrupt prison officer George Sewell to attack another prisoner in the showers. Soon there after, he’s scheduled to be transferred to a different facility, only for the bus to crash in Silent Hill and for him to survive. Along the way, he crosses paths over and over again with Anne Cunningham, the police officer facilitating his move, and memories of Sewell’s superior at the prison, Frank Coleridge, keep bubbling up as well. His journey to escape the town draws similar tormented characters to him. Early on, Murphy encounters ethereal postman, Howard Blackwood, and JP Sater, a disgraced tour guide. The radio DJ heard throughout the game, Bobby Ricks, calls out to Murphy with his barely veiled pleas for help. As he tries escape the town, Murphy finds out that it is not what it seems. The game is more straightforward on the ‘Silent-Hill-as-purgatory’ angle than earlier games, making no secret about the town and its purpose. 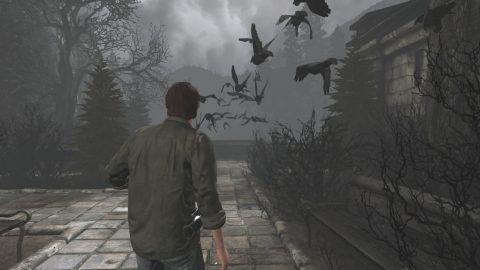 What the game lacks in subtlety for its narrative, it more than balances out with a clever presentation. The games have always been heavily implied to be set in the northeastern United States, an area of the country that is no stranger to hills and mountains. Despite this, the geography often appears flat, cloaked behind all that fog. Downpour starts with a more mountainous side to the titular town, in contrast. The first place that Murphy encounters is the Devil’s Pit, a gorge outside of Silent Hill. As the roads are predictably swallowed up by chasms, the tram to the bottom is the only way into town, so he heads down to a local tourist trap & diner called the Devil’s Pitstop to search for a ticket. It’s full of cheesy Americana that looks all the more creepy rusted and dilapidated. The mine cart tour out of the pit quickly becomes a rollercoaster ride through unsettling, threatening visuals. Later on, Murphy explores a library and archive of Silent Hill’s history and discovers a new flashlight that shines UV rays to reveal hidden clues around the environment. A sequence late in the game has Murphy following the stage direction for a play, and the indoor set becomes real and alive, full of wind, rain, and thunder, as he raises the curtains and turns on the spotlight.

This cleverness extends to the otherworld segments. The world dissolves once again much like Homecoming, presenting Murphy with a series of twisted challenges in a nightmare space. Borrowing from Shattered Memories, a giant red pulsing black hole called the Void chases after Murphy as he frantically looks around for an exit, only able to slow it down by knocking things over. Occasionally, the Void disappears and Murphy solves surreal puzzles in rooms that violate Euclidean space; water run upwards, clock hands form precarious paths forward, and walls flip around each other. The game has many unique moments that evoke Silent Hill without being chained down by its iconography. 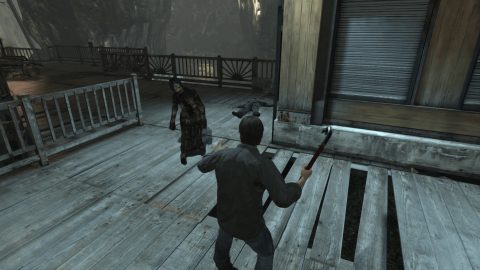 While there is variety and flair in the setting and presentation, that doesn’t carry over to enemy design. They are mostly generic and forgetable. The Screamers, women in tattered dresses and long claws on their hands, stun Murphy with their yells. The Prisoner Minions, with the metal brackets holding the skin of their face tight, attack head on and later, buffer variants, the Prisoner Juggernauts, pack a powerful punch and wear tattoos instead of metal brackets. The Weeping Bats, first seen in the Devil’s Pit, tower over Murphy with their long legs and arms, crawling around on the ceiling and attacking from above. The most unique enemy are dolls, still porcelain figures that spawn ghostly shadows who do the attacking. These shadows are invisible under normal light and need UV light shining to be seen. The bosses are sparse as well, with three all found near the end of the game, and two involving the same characters. The rain and thunderstorms, not just an aesthetic variation on the usual fog of the series, signal when enemies are close by as Murphy roams the town.

And lots of roaming there is to do, since Downpour brings open world design to Silent Hill. Once past the Devil’s Pit, the game opens up and offers a host of side quests. While the series had optional parts before, they were often tied into a specific ending, like the original Silent Hill’s Good & Good+ endings. Here, they’re vignettes, 14 altogether, that help fill out the town with more than just Murphy’s story and offer some useful rewards. One side quest involves roving patrol cars that cause mobs of enemies to spawn near Murphy when they see him. These can be recalled with the right call numbers at the police station. A homeless man gives Murphy a fetch quest that unlocks the subway for fast travel. One quest, only available in a second playthrough, unlocks a joke ending by finding various artifacts from the series around the town. Tango Gameworks would develop this idea of an open world survival game even further with The Evil Within 2 in 2017. 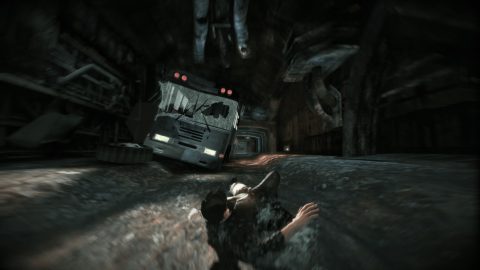 Murphy can arm himself using the plentiful weapons lying around Silent Hill, including shovels, frying pans, axes, rakes, fire extinguishers, and chairs. Like Origins, weapons break after extended use, and like Homecoming, some weapons are required to progress at certain points, such as using blunt weapons like wrenches or crowbars to break locks. The number of weapons that Murphy can hold is limited, however, one melee weapon and one gun or two guns and no melee weapons. This works out, since guns can be hard to come by anyway, often out of the way or tied up in side quests. After its absence in Shattered Memories, the combat in Downpour, while not spectacular, feels better than it did in Homecoming. Enemies have fewer opportunities to pen Murphy in, and there’s always weapons to be found. Different difficulty levels can be chosen for the puzzle and action of the game, a welcomed return from the PS2 games.

The game performs well on both platforms, PS3 and Xbox 360, after a patch cleaned up poor performance at launch. Unfortunately, availability is limited. It is backwards compatible on the Xbox One and Series S/X, but only via disc now. It was removed from purchase on the Microsoft Store for unknown reason so unless it’s already in your library, physical or digital, you’re out of luck. It is completable on RPCS3, the robust PS3 emulator, but given it is still in development and requires a beefy computer, it’s prone to crashing and will require some tweaking, depending on the build. 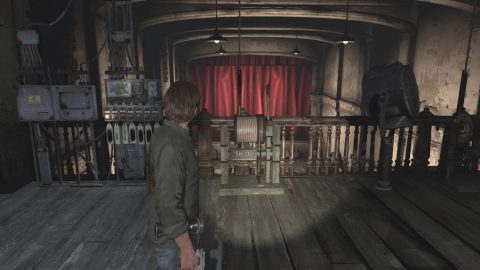 Downpour‘s soundtrack is the first mainline game without Akira Yamaoka on composing duties, having left Konami after Shattered Memories. Daniel Licht takes up his mantle, known for his work on Showtime’s Dexter and the Dishonored series. He does a fine job of filling the hole left by the absence of a series veteran, but the music ends up feeling more prestige TV dramatic filler than the tense, unnerving, grindy ambiance that Silent Hill excels at. There are definitely some highlights, including an acoustic track “Heaven Won’t Hold It Against You” performed by the composer himself. Downpour integrates licensed music, a first for the series. It pulls from old jazz standards, country western songwriters, and alt rock to fill the airwaves with requested songs for Murphy. It’s jarring, in a good way, to be searching through some dilapidated place only to turn on a radio and hear Louis Armstrong crooning for you. The game’s main theme, titled “Silent Hill,” was composed and performed by 1990s alt rock group Korn, if you’re into that sort of thing.

Silent Hill: Downpour is not the best Silent Hill game, not by a long shot, but given all the Western developers involved with the series had formulaic ideas about the series, it comes closer than the other games made during this period to understand the ‘formula,’ if such a thing exists. The recipe here is richer, its elements more flavorful and done with recognition of what makes the series memorable. This is not the cookie cutter game that Homecoming was, nor an experiment like Shattered Memories. Its narrative lacks the depth of the earlier games, but the game makes up for it with a more robust take on the town and a stylish, memorable presentation. Vatra Games closed shortly after this game’s release, leaving story DLC unfinished (that at least got a comic adaptation) and that’s a shame. They had something interesting to build on here. Indeed, it is the last major title released for Silent Hill, any rumors swirling around notwithstanding. Whether or not the series continues, Downpour would be a fine game for the series to go out on.