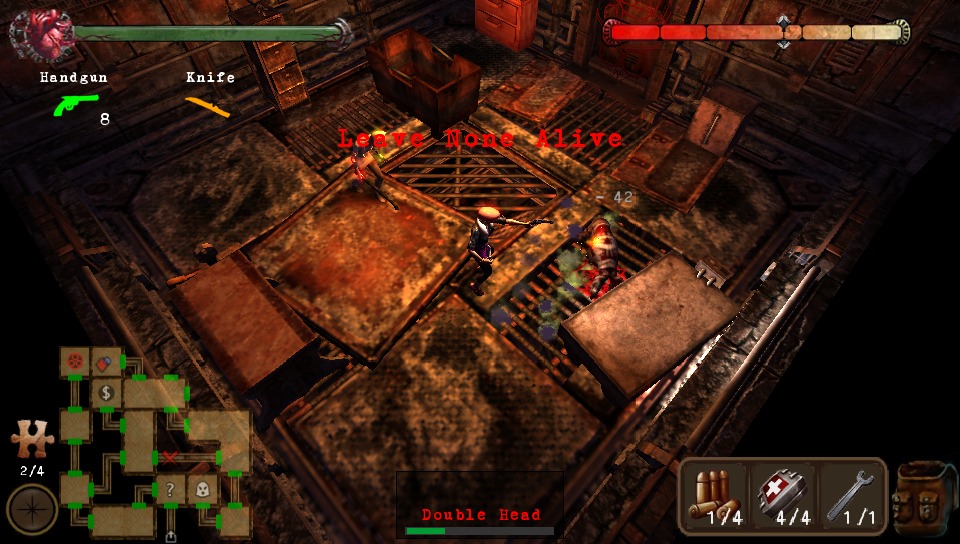 There are just some flavors that don’t go together. Pineapple and ham are both perfectly fine ingredients in most situations, just not on pizza, yet people put them together, on pizza. It’s inexplicable, but some people seem to like it, even as it turns some others off. Video games have their fair share of this phenomena, as well, and sometimes it works. A classic like Actraiser fused a city builder with a side scrolling action game to great success. Just like in cooking, it’s a matter of how you do it and what you’re mixing together. And then sometimes there’s a game like Silent Hill: Book of Memories, from Wayforward in 2012 for the PS Vita, bringing together the two tastes of ‘psychological survival horror’ and ‘dungeon crawler’ like everybody always wanted. 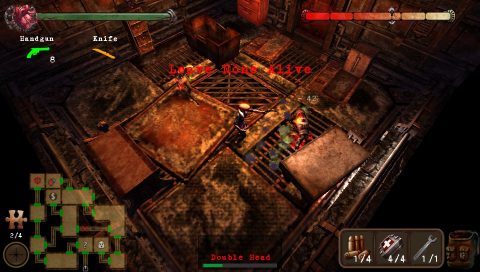 The premise is creative enough. The titular book arrives at your door one day with a return address of Silent Hill on it, and you find that it contains your whole life written down in it. When confronted with a tome that looks suspiciously like the Necronomicon, naturally, you take a pen to the paper and start rewriting the parts you don’t like. Much to your surprise, the rewrites take hold in reality, at the cost of battling through nightmare dungeons full of monsters and loot when you sleep. Each dungeon tells the story of a person whose life is changed by your meddling with the past. The first one focuses on a person who squeezed you out of a promotion at work. Another dungeon centers around stealing your high school crush back, with a later one featuring the lover they spurned to be with you.

Starting a new game confronts you with a series first, a character creator. Without a set protagonist, the game invites you to insert yourself into Silent Hill and its lore. It’s not very complex, being limited to gender, skin color, hair, head, costume, and class. The classes, rather than the typical D&D-type roles of the genre, are modeled after Western high school stereotypes, like goths, jocks, and bookworms. However, just like the genre, the class you start with determines your stats, and a charm, chosen out of eight, provides a permanent boost to one stat, as well. Artifacts, items based on important trinkets from the series, are found throughout the dungeons, and offer stat boosts with some extra if they are equipped in the right inventory slot. An expansion pack provided some extra classes, including Heather and James, new artifacts, weapons, and other items, as well as offering the chance to reroll your character mid run. 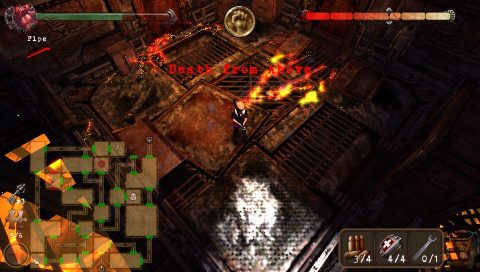 For as much as it wants to be a Silent Hill game, Book of Memories also doesn’t stray far from the Diablo mold. The player grind their way through seven dungeons, hacking, slashing, and dodging enemies, finding and buying loot, and leveling up. Each dungeon is elementally themed, fire, wood, ice, etc., and each dungeon is broken down into three zones. Zones are cleared by collecting a random amount of puzzle pieces, locked behind challenge waves of enemies, and a necessary hint. Once collected, they are arranged in some order like size or color, according to the level’s hint. The red lever beside the puzzle essentially works as an even bigger hint button that lessens the EXP reward with each use, if the level hint isn’t sufficient enough. While each zone is short, there’s no fast travel so hunting for a missing puzzle piece can turn annoying quickly.

Combat has some small twists on the dungeon crawler format. Weapons have durability and break after extended use. While items exist to repair them, they are limited, and the player can only store a small amount of spare weapons, even after upgrading. Making use of the Vita’s many features seemed to be a goal for the game. The front touchscreen, much like with Minecraft on the Vita, gives easy access to health and repair items and the handy mini map. Karma abilities help gives some variety to the combat options, and those abilities change depending on your alignment. Unfortunately, these abilities use the Vita’s cumbersome back touchscreen. It’s frustrating to hold two fingers to create a line of damage or steal health from enemies while also trying to do anything else with the front of the system. Enemies are a who’s who of evil symbolic folks from the games, with at least one monster from each previous entry present. Sometimes, modifiers play a role to make them more dangerous; dogs that explode when they die or combustible nurses that set the player on fire. 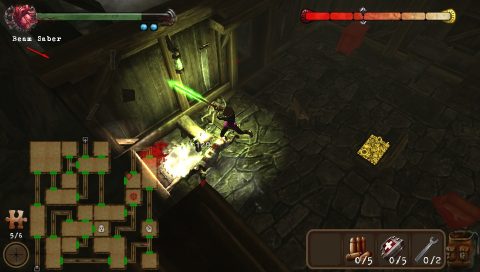 The Vita was no slouch for the time and Book of Memories shows the kind of potential the tech had. All the returning enemies look & animate well and the flashlight leaves convincing shadows across the level. Unfortunately all that power comes at a price, namely dips in frame rate and some lengthy load times. It takes 20-30 seconds to load from the main menu or when heading into a new level. The soundtrack was once again handled by Daniel Licht, who worked on Downpour, and mirrors the same level of quality in that game, not the most standout music but some interesting touches nonetheless. The game opens and closes with the illustrious voice of Mary Elizabeth McGlynn, with “Now We’re Free” on the title screen and the closing theme “Love Psalm.” The on-point voice acting helps elevate the story, since the people you affect are only heard rather than seen in the game, outside of their portraits during the loading screens. 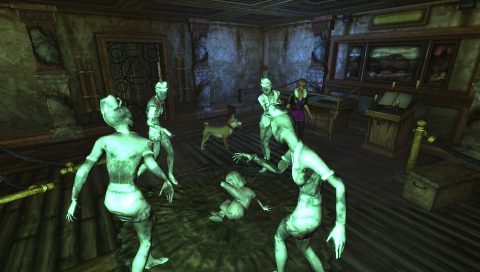 Book of Memories is a competent, if generic, dungeon crawler slapped with a coat of Silent Hill paint. ‘Who asked for this?’ is the obvious question. At least, with pineapple and ham, there is some logic to it. Fans of the series reacted negatively to the game, and folks who love the genre wouldn’t be persuaded to dive into the series, since Book of Memories is so different in comparison. This is a game that tries to tell a story about the ethics of the power to change your own history and how it affects the people around you, while also telling you in red text to ‘Cut Down Flesh Lips’ or ‘Leave None Alive’ to make progress. It’s as if someone at Konami had their own Book of Memories, trying to rewrite the series’ history to make it more profitable, and this game is a bizarre and inexplicable byproduct of all their nonsense.