Shin Shinobi Den (“New Shinobi Story“), also known as Shinobi Legions in North America and Shinobi X in Europe, is an early Saturn release that uses digitized graphics for all of the characters. It was developed by a different team to the Super Shinobi games. Taking control of a new ninja named Sho, the controls and mechanics are very similar to Shinobi III, although a little more sluggish and clumsy. 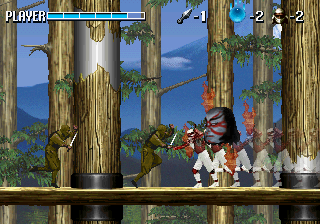 For the first time there are separate buttons to use a sword and throw shurikens. Compared to the other games there’s a far bigger emphasis on swordplay, since the shurikens are slow, even more limited in number and fairly weak – though you can now throw them upwards. You’ll also spend much more time blocking and parrying enemy attacks. New melee moves include a spinning sword slash, a downward thrust maneuver, and the ability to reflect enemy projectiles back with your sword, though this move is hard to time effectively.

The magic skills have changed a bit too. The only one you can store up and use at any time is the Fire Dragon, which attacks everything on the screen. The POW icon has been replaced with the Bushido Blade, which is immediately activated and summons gigantic shadowy warrior statues every time you slash. There are also glowing orbs, which will grant an extra life when you collect 10 of them. Boxes are much rarer than before, as most items are dropped by enemies. Unfortunately they also drop bombs, which are even more annoying than they usually are. 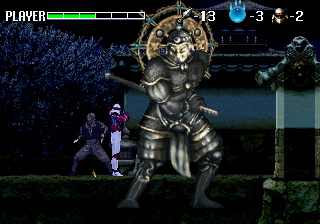 Even though the core mechanics are familiar, there’s something not quite right about everything. Sho doesn’t control as tightly as before, and has a tendency to make extra movements when executing sword combos. While the level designs in the previous Genesis Shinobi games weren’t exactly the best, they were at least competent – here they’re just long and boring, as each stage is only comprised of a single elongated area, rather than two or three smaller areas, before the boss fight. Many areas are similar to the ones seen in previous games: medieval-style Japanese towns, biological laboratories, caves (complete with a mine cart ride), forests, and so forth. Bosses, meanwhile, are drearily unremarkable. All in all, Shinobi Legions can’t help but feel somewhat uninspired.

The worst of it, though, is the graphics. All of the sprites are digitized actors in rather goofy looking costumes. This was at least a few years after Mortal Kombat came around, so theoretically this fascination with live actor sprites should have worn off, but apparently the designers were still enamored with characters that looked “like real people“. Except that, in execution, everything comes off as remarkably silly, especially the animation. The backgrounds look photorealistic (albeit at a low resolution), but realism is boring compared to the near-futuristic levels in the 16-bit titles. Forget fearsome monsters and mechanical robots – mostly you’re fighting other ninjas, birds, and the occasional supernatural creature, like the big dinosaur thing, which looks like a ridiculous toy model. 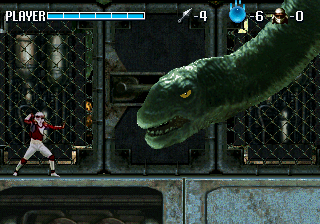 It’s bloodier than before and it is cool to slice bad guys in half, with a spurt of blood as their torso falls off. If that wasn’t laughable enough, after each level there’s an FMV cutscene telling the story of ninja Sho and his quest to rescue his woman Aya. It’s unclear whether the developers were paying homage to cheesy Saturday afternoon ninja serials, or they just didn’t have a decent budget, but this is a C-grade production with cheap locations, terrible acting, awful lighting and some dated 1980s-styled synthesized music. In the English versions, the spoken dialogue is left in Japanese and subtitled.

While not an outright terrible game, Shinobi Legions looks painfully dated, and the core game is sloppy and uninspired. Apparently Sega of America felt the same way, and opted not to publish it in America, instead licensing it to Vic Tokai. Sega of Europe did publish it in Europe, but apparently wasn’t happy with the soundtrack, which is fairly standard, boring, and completely unbefitting the Shinobi name. To fix this, they pulled a situation similar to what Sega of America did with Sonic CD, where they replaced the soundtrack with music by a Western composer. The new tunes are provided by Richard Jacques, also known for his work on Sonic 3D Blast for the Saturn and Sonic R. While not quite up to par with the Genesis games, it’s still far better than the original soundtrack. 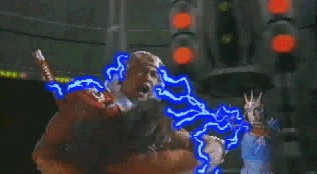 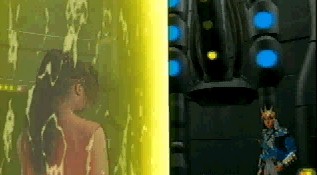 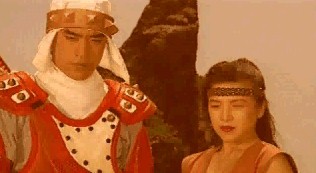 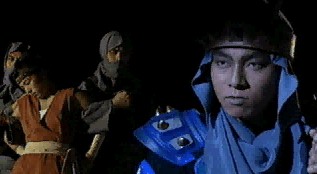 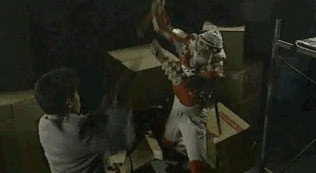 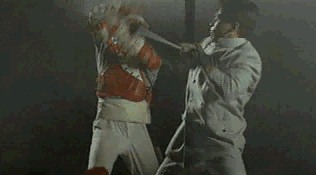 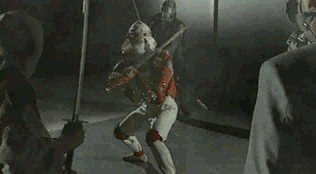 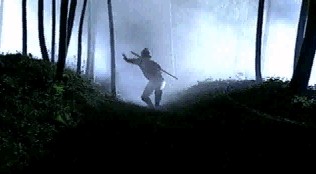 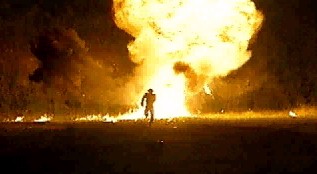 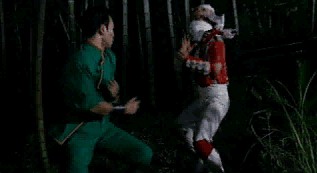 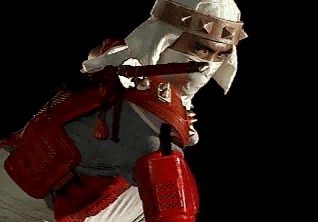