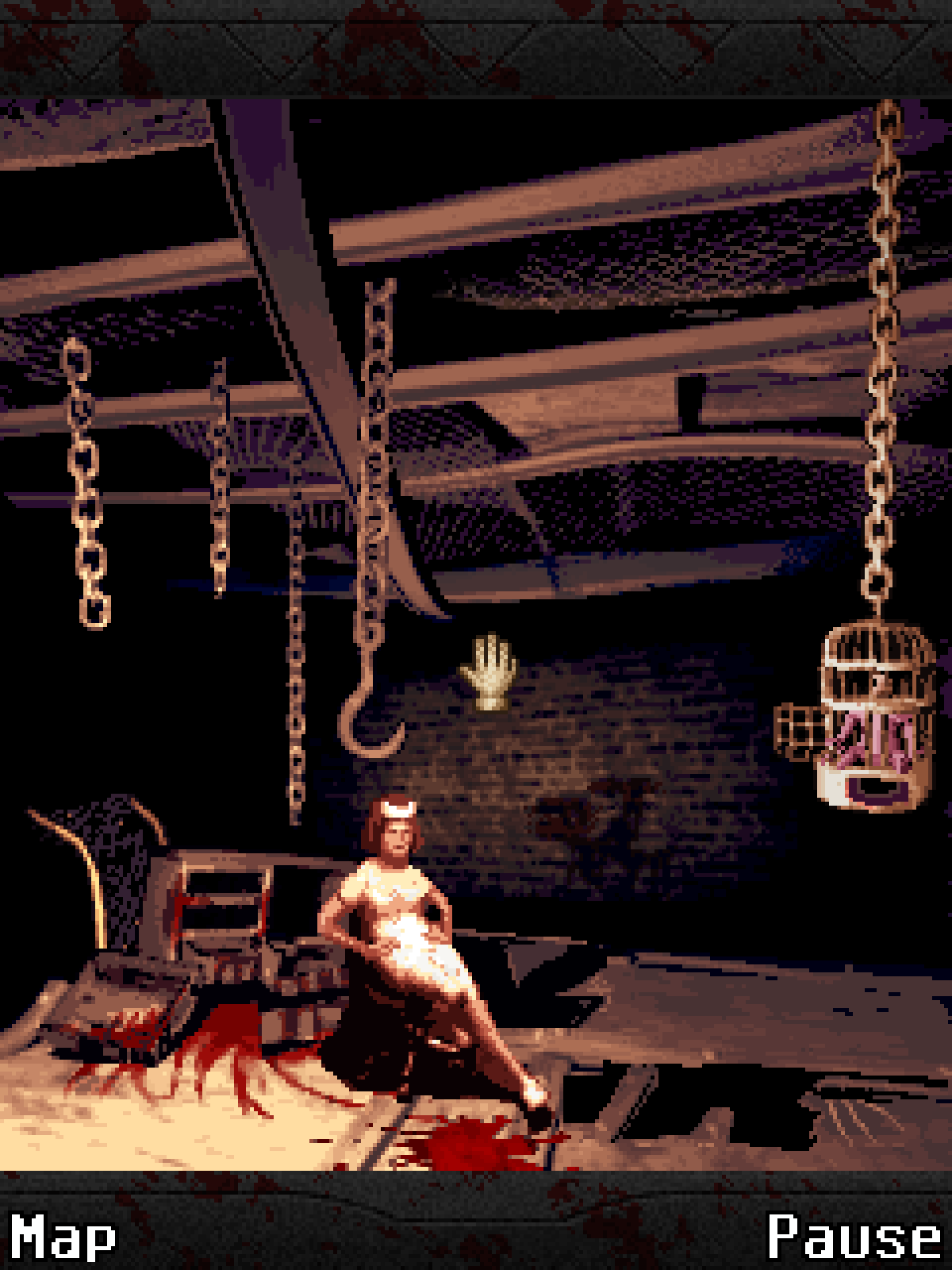 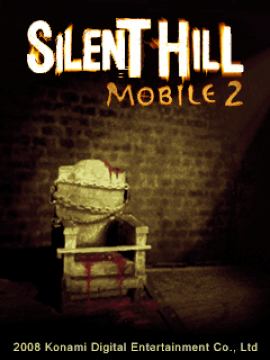 In a time before iPhones and Androids, Java reigned supreme in the mobile space. J2ME or Java 2 Micro Edition, was the platform of choice for mobile gaming in the early to mid 2000s. Konami, ever looking for new ways to use Silent Hill, commissioned three games on the platform, the first two from Swedish developer Gamefederation Studios (now Digiment) and the last one from Playsoft, forming an episodic trilogy of sorts titled Silent Hill Mobile, in 2007, 2008, and 2010. The games are a product of their time, interesting in their own right, but also limited by the format they were created for.

Sheppard’s Orphanage was the site of grizzly death in Silent Hill, 30 years ago, when one mysterious night, nearly all the children there were murdered. Each game features about two or three chapters, and each chapter unravels the dark story from the perspective of a different character involved with the events. It’s a bloody, twisted story trading in themes of suicide and the occult that is admirably reminiscent of the series, even if it’s a bit extreme at times. It doesn’t do itself any favors reusing names, however. For instance, Alyssa is an important character in this trilogy, but she is distinct from her portrayal in the main games, with a different back story as well, that it would have been better to use another name. The game is also just goes by too fast. Each chapter is short, and there’s hardly time to get to know the individuals, before the next one starts. There also isn’t much in the way of memos or notes, relying on narration to deliver the story, so it is hard to track who is talking about what, and it leads to loose ends. As a result, the narrative never really comes together in a strong way by the time it reaches its conclusion. 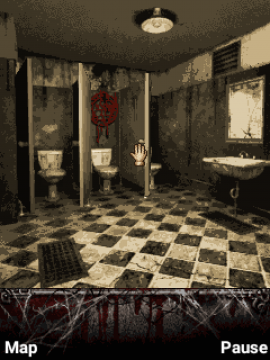 All three games are first person adventure games through and through. The player wanders the halls of the various settings, look for keys and other items, and solve puzzles to make forward progress. Clicking on things brings up icons of common adventure verbs, ‘Look,’ ‘Take’, and ‘Inventory,’ portrayed with an eye, a hand, and a backpack respectively. The first game also includes a superfluous ‘Talk’ command, only really used once, and the remaining two games abandon it entirely. Unsurprisingly, the puzzles are full of the strange leaps in logic common in the genre. In the first game, a candle is melted by placing it in a boiling pot, revealing a key. The key is then retrieved using tongs found in a toilet, and unlocks a padlocked stall in the same bathroom, triggering the transition to the nightmare world. No puzzle is really difficult, but sometimes, they requires a bit of pixel hunting to find the right item, a challenge on small screens, and there’s some backtracking that involve solving the same puzzle twice, under different circumstances the second time.

The games all look and sound pretty grimy, sometimes in not intended ways. They employ pre-rendered images to create the corridors of the settings, the orphanage in question in the first one, a clinic in the second one, and a mansion in the third one. However, the low resolution of the intended phone screens erases a lot of detail, even as the later games accommodated more screen variations. Still, they have a charm all their own. The expected otherworld versions of the environments look suitably rusted and busted, turning bedrooms into disheveled messes and surgery rooms into torture chambers. Audio is sparse, given the limitations of the platform. Short, dissonant, almost PC speaker style tunes play at dramatic moments, and there’s occasionally sound effects, like a door opening or a gun shot, but it is otherwise a quiet affair. 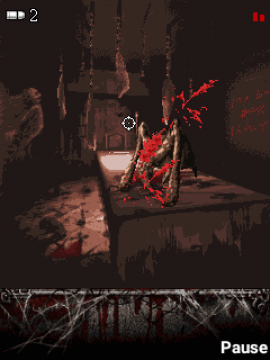 Getting around can be a bit tricky. Since the games are limited to the number keys and directional buttons of flip phones, the player moves a mouse cursor around to interact with and move around the space, moving forward and back, and turning left and right. In the first game, there is only one perspective accounted for when wandering the hallways. The player won’t be facing the opposite way when walking through the same hallway from the opposite direction; it will only show the one static image facing one way. This leads to unintuitive moments, having to point in the opposite direction to go backward instead of pointing to the direction in front of you. There is a compass, which helps, but it can be missed. It becomes a matter of constantly flipping back and forth with the map, which shows the direction the player is facing. The later two games make navigation easier by rendering more perspectives so that the player is always looking forward. Still, there’s only so much that could be done with the format, and it comes across as clunky.

Interspersed throughout the exploration and puzzle-solving is monster-shooting. Bringing up the gun and using the arrow keys on the phone, the player aims at enemies and fires when the shaky reticule turns red. Nominally this was meant to simulate the unsure aim of the various normal protagonists, but in practice, it’s a frustrating mechanic. The enemies often have small hit boxes, meaning the sparse ammo gets wasted trying to time shots right, given how much the cursor wobbles around. And to top it off, enemies can increasingly take more hits as the game goes on. A monster that took two shots in one chapter might require five or six in successive ones. The later games add a weak point indicator on the enemy that comes with bonus damage when hit with precision, making it somewhat more manageable. The first game only features one monster design, and the sequels expand the roster with a couple more monsters from the series, like nurses, but it’s a thin line up regardless. 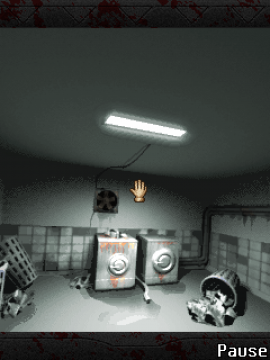 When the first two games made their way over to the North American market, they received some adjustments. For starters, the first game dropped ‘Mobile’ from the title and became ‘Silent Hill Orphan.’ Instead of wandering around the hallways pointing a mouse cursor with a d-pad, the map instantly transports the player where they want to go. This is a welcomed change and does make getting around much easier, but it also means that certain puzzles in the game are completely skipped, making a short game even shorter. The graphics are squashed even more to fit the weaker phones in the region at the time. Enemies are also easier, slower to attack and wearing larger hit boxes. The first game also featured a mechanic where some rooms are dark and require a lighter to look around. The cursor becomes a cone of light and players moves it around to find items or enemies, a neat effect. These rooms are lit up in the North American version, so this effect is lost. All these changes, save for the title change, were carried over to the second entry. The third entry, however, escaped this treatment, remaining the same game and with the same name in all regions.

Perhaps due to their timing, released on a platform losing ground to newer, sleeker competitors, the games didn’t get a port elsewhere. These would have done well on a touchscreen, at the very least eliminating the awkward interface of using buttons as a mouse. While it’s not the same as an actual port, mobile Java emulators have progressed to the point where it’s painless to play these games on much larger displays, like PCs or Android devices. In 2017, a total conversion of the first game made its way to the Doom engine, of all places. It plays well, using a real mouse instead of arrow keys, but images are stretched to fit the not-mobile aspect ratios of the engine, there are some soft locks, and the conversion’s author throws in some self-depreciation humor that sticks out like a sore thumb when playing. 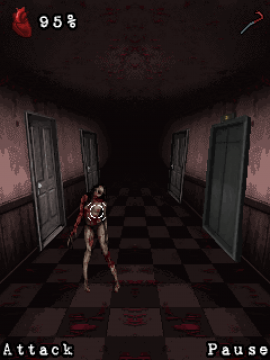 A 2D adventure game is a natural extension for the series, given its penchant for esoteric puzzles and atmospheric exploration, but the Silent Hill Mobile trilogy comes up short. There was potential here that a solid port or remake could have realized, filing off the mobile cruft and expanding & strengthening what works. Decay, a series of horror adventure games on the Xbox 360 and Xbox One, brings much the same spooky psychological vibes and episodic story as Silent Hill Mobile does, but does so in a more cohesive, satisfying package. Instead, these three games are minor curiosities in the series’ history rather than something more substantial.