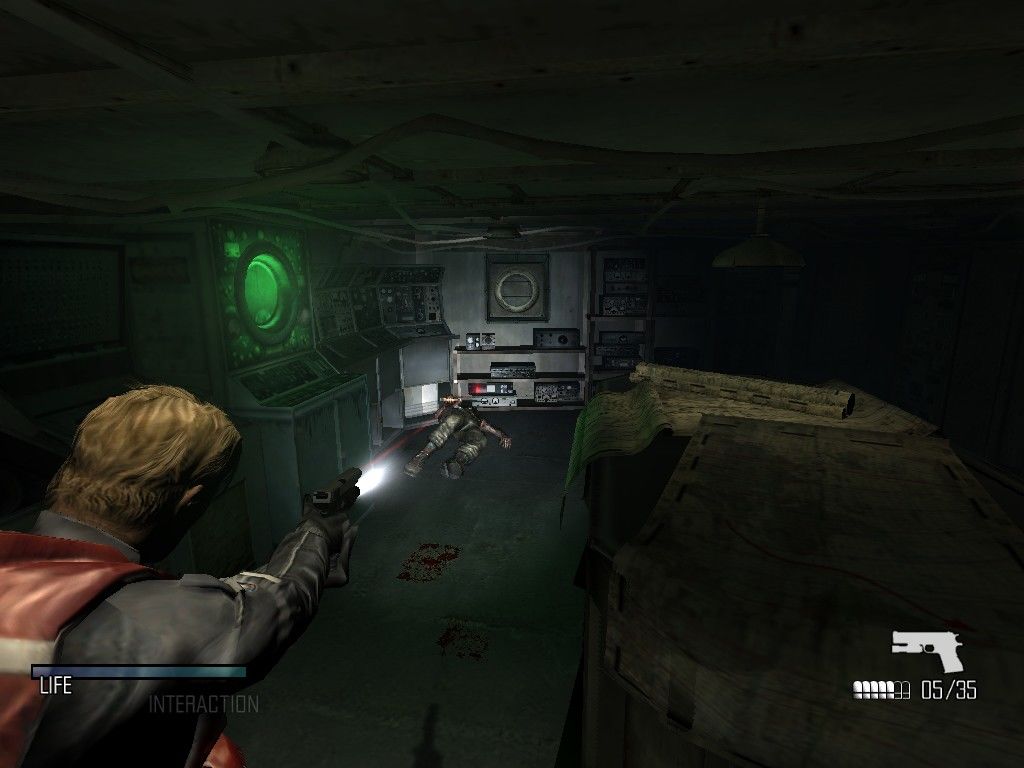 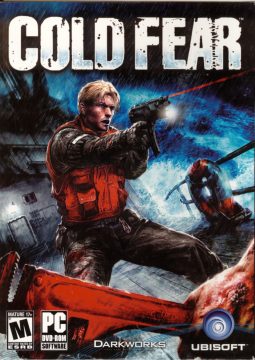 Ubisoft had been dabbling in horror games as early as 1986 with their computer game Zombi, but 2005’s Cold Fear marks their attempt at something more modern, to compete with the Resident Evil games. It was actually developed by French studio Darkworks, who had previously developed Alone in the Dark: The New Nightmare, so they had some experience under their belt. Before completing Cold Fear, they actually had two canceled projects: 1906: An Antarctic Odyssey and USS Antarctica, both with similar themes.

Cold Fear begins in the middle of the ocean with the Navy Seal Team being wiped out, and the CIA agent supervising the operation calls for any vessel in the vicinity to investigate. You play as Tom Hansen, a member of the Coast Guard, who leads a team to board the Russian whaler Eastern Spirit to investigate. In a traditional survival horror cliche, as soon as you board the ship, your team is killed and you’re the only one last standing. By exploring the ship, finding diaries and notes, you will begin to unravel what really happened. 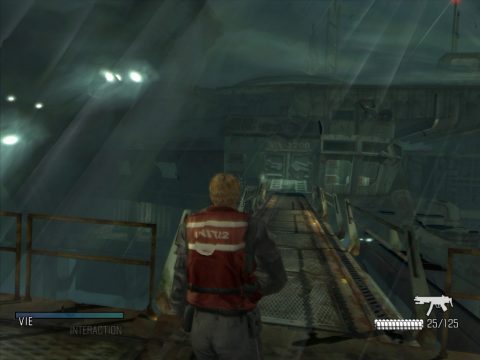 The main Cold Fear has going for it is its setting and atmosphere. The game is set on a ship in the middle of the huge storm, and it’s a nice spin on the whole haunted house setting. There was a lot of effort put into creating the ship roll in the storm, and the developers even created a separate program (called the “Darkwave editor”), to help them make the ship move realistically. The developers also used real physics to move inanimate objects on the ship, especially while outside.

You can control Tom in two ways, either using tank controls or by over the shoulder camera. The tank controls are similar to Resident Evil and are perpendicular to the camera, and this can be a nuisance as the game, will change camera angles, for each screen. The other way method is by using the over the shoulder camera. You will walk out with your gun at the ready, and it controls more like a traditional third-person shooter. The downside of this is that you cannot run while using over the shoulder camera. This camera can also create a problem in very tight spaces, which there aren’t many of, fortunately. The only light source comes from your weapon, and when you reach the wall, Tom will simply point his gun upwards.

One key difference between this and Resident Evil 4 is that you can move and shoot. Although you move slowly, this will at least help you make some distance between you and a zombie. Cold Fear also doesn’t have a crosshair, but instead, some weapons have laser sights. The pistol, AK and SMG all have this aid, but with other weapons like shotgun, you don’t need to be precise. Additionally, you can also pick up, a speargun, flamethrower, grenade launcher and of course the shotgun. 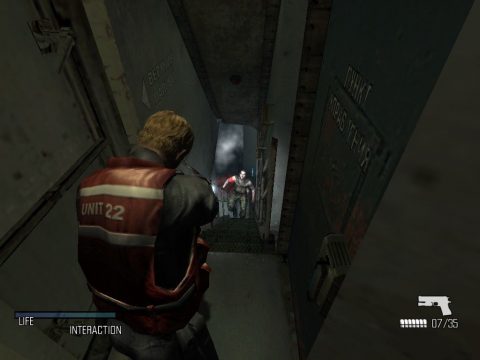 In addition to your Health bar, you also have a Resistance bar. This serves as a stamina and will deplete while running or being knocked around during the storm. You can also fall overboard, but if you have any Resistance left, Tom will hold onto the edge of the ship and you must quickly climb back on board, or you will fall into the sea. All of this creates an additional challenge for the player, as you must be precise while the ships sway back and forth.

The first enemies you encounter are not monsters or zombies, but living and breathing humans. The frightened Russian sailors will shoot on sight, but soon enough you will encounter zombies and the parasite that turns them into zombie, here called exocells. The exocells are spider-like creatures, that are challenging early on, as they are small and you will waste several bullets trying to kill them. The zombies come in two varieties, armed and unarmed. Usually, the zombies will be equipped with knives and meat cleavers.

There are two ways to kill these zombies. You can kill them by either shooting them in the head or by stomping their heads when they fall. Pulling off a headshot is already a challenge, but it’s doubly complicated considering you’re on a ship in the middle of the storm and they tend to be rushing right at you.

One of the more interesting design choices is that there is no inventory. This creates a more simple, streamlined gameplay, and the ammo that you pick up will automatically be added to the weapon. The downside to this is that there aren’t any items to heal yourself. Any weapon that you pick up will be with you until the end, unless the game takes them away at certain plot points. There also aren’t any puzzles, beyond finding keys. Most of the objectives in the game are given to you, and usually consist of going somewhere or finding something. 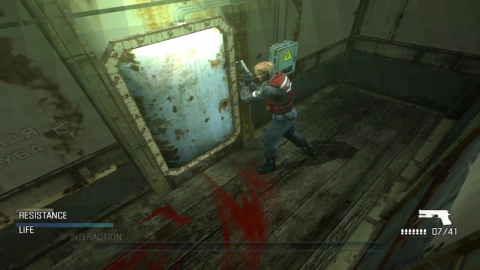 While the game is set on a ship (and later on an oil rig), you’ll often need to backtrack to get to your next objective. There aren’t any pointers on where you need to go, and you will have to find your way through the ship. This can be a nuisance, as there is no map, and you’ll need to remember the layout of the ship. All of the signs and names on the doors are in Russian, and by pointing your gun at them, Tom will translate them, which is a nice touch. Once you reach the oil rig, the game significantly becomes slower and turns more into an action horror. You are no longer in a raging storm, and cannot fall over, except for few specified places, which are easy to avoid. While the atmosphere isn’t quite as unique here, there are interesting locations, like an underwater tunnel, and the overall tension is still there.

While Cold Fear has jumpscares and some usual horror stereotypes, it isn’t really survival horror. Once the few attempts at jumpscares pass, the game is tense and will keep you on the edge, but it’s not that overly scary. Cold Fear is more tension than outright horror, and it works pretty well. Also, the game doesn’t have save slots, and instead, you can only save at the specific points in the game. Altogether, it really feels more like a straightforward action title, as compared to the adventure-action hybrid that Resident Evil is. 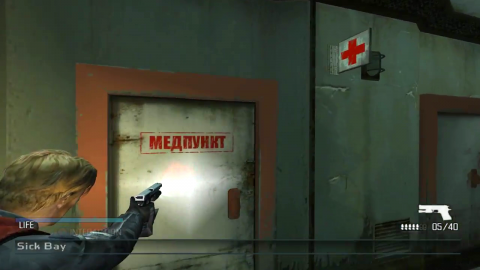 The visuals and music are still fresh. The game was released on PS2, Xbox, and Windows, and the developers really used the console to its technical limit. Music brings a sense of tension and horror and will keep you on edge. Marylin Manson also contributed his song, “Use Your Fist and Not Your Mouth”, from his album The Golden Age of Grotesque.

Cold Fear is usually compared to Resident Evil 4, since it looks pretty similar and had the misfortune being released a few months after it. Capcom’s game is widely considered one of the best games all of time, and while Cold Fear is pretty decent, it really doesn’t have the personality, polish, or mechanics that bring it up to that level. It has its issues for sure, and feels more like a straight-to-video shlock than a blockbuster, but on its own terms, it’s a fun action game with some interesting environments and a decent enough story, and it’s worth checking out for genre fans.