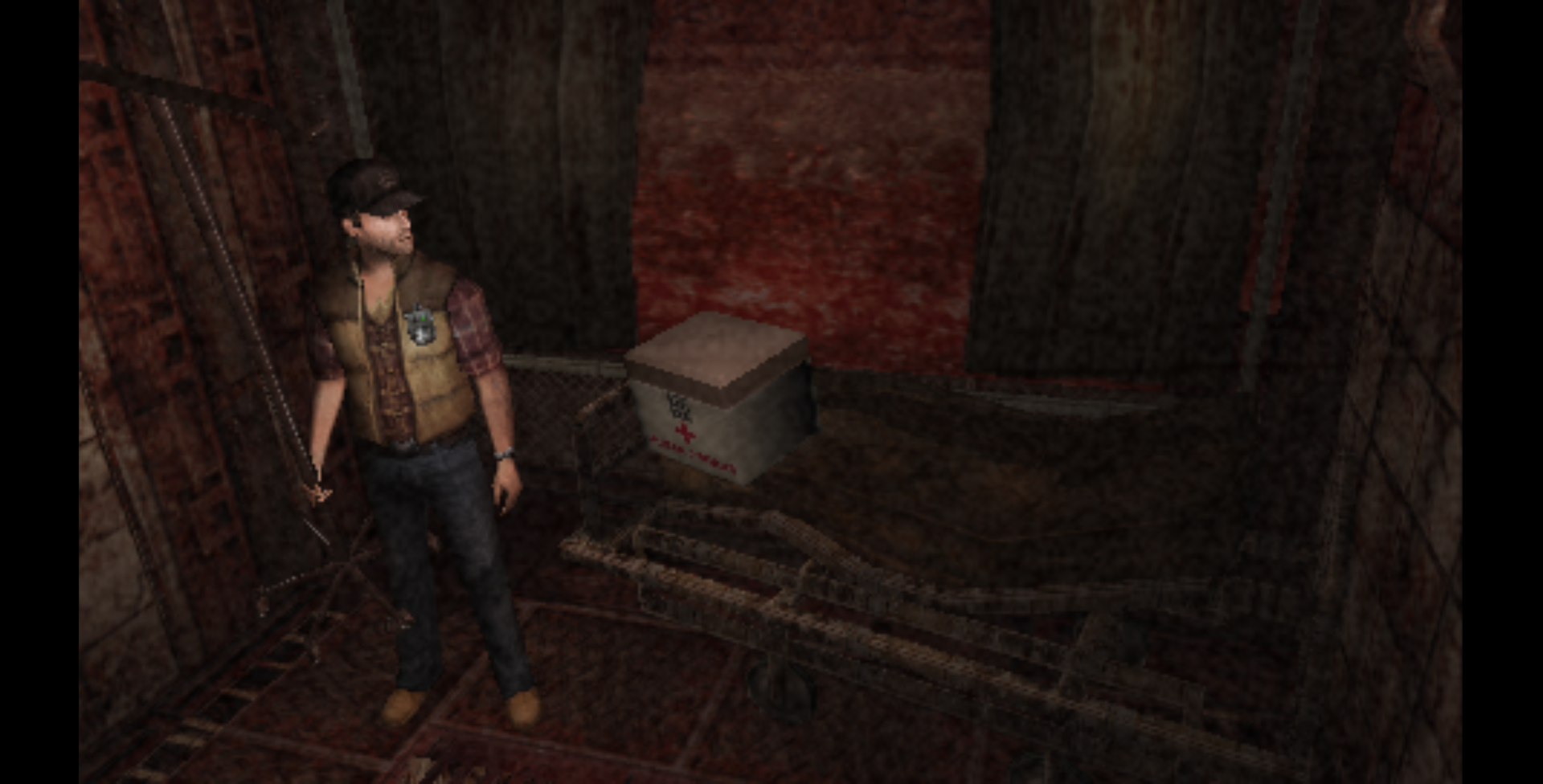 The Silent Hill franchise was in a strange place in 2007. Silent Hill 4 made a big leap out of the shadow of Resident Evil in 2003, but was met with mixed reception and poorly bookended the prolific 6th generation trilogy. The 2006 movie was mediocre, but success at the box office renewed interest in the franchise. However, new fans wanting to dive deep could only turn to the used game bin to learn more.  Resident Evil 4 also came out in 2005 and changed survival horror forever. The atmospheric, psychological horror movies that heavily influenced the first four games were out of vogue in American movie culture. Where was Silent Hill to go from here?

Silent Hill: Origins was developed by Climax Action who previously developed the strange Xbox action-RPG Sudeki and ported the Blizzard PC classics Diablo and Warcraft II to consoles. Development of the game was reportedly troubled. Initially Climax Studio in Los Angeles were in charge of development, but it was transferred to the UK branch. The game was supposedly in such a state that they had to scrap the majority of it and start over. The most prominent member of the development team was Sam Barlow who designed Silent Hill: Shattered Memories and won fame for Her Story and Telling Lies. 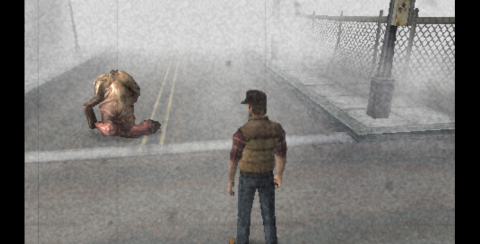 The game opens with Travis, a trucker, stopping his truck after someone stumbles into the road and disappears. Travis gives chase to a little girl and is led to a burning house. He runs inside and rescues a severely burned Alessa. After escaping the burning house, Travis passes out and wakes up on the foggy streets of Silent Hill to begin his spiraling journey through his own personal hell. Origins places more focus on the cult side of Silent Hill lore rather than the more conceptual, abstract themes found in Silent Hill 2 and 4. Travis runs into a few characters from Silent Hill 1 and the origins of the cult are more fleshed out.

Gameplay in Origins proceeds in a familiar survival horror fashion. You move around various locations collecting items, solving puzzles, and finding ever more circuitous ways of getting from Point A to Point B. Travis can now travel between the Other World and the Real World using mirrors, but it’s used for little more than getting past locked doors or obstacles in one world or the next. The puzzles in the game are disappointing and mostly revolve around interpreting environmental clues for solutions. It’s familiar to any fan of Silent Hill, but Origins lacks any real moments to make them memorable for the player. Silent Hill 2, 3, and 4 dressed up survival horror fetch quests in a veneer of grotesqueness or magic realism that’s still unique to this day. By comparison, Origins feels heartless. 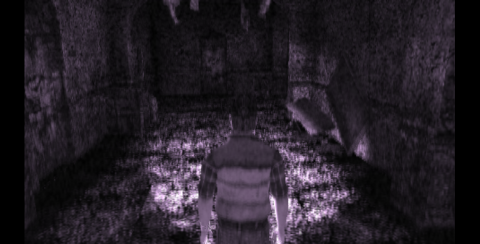 Silent Hill: Origins focuses more on melee combat than the other games. You have the ability to pick up any number of melee weapons that are lying around. This includes weapons like hammers, screwdrivers, and 2x4s to more absurd things like katanas and televisions. Travis also has no item limit so you will quickly collect a monstrous inventory of deadly trash. Weapons break after use, but there was never such a lack of resources that this encouraged any strategy. The glaring issue with the combat is that there’s nothing else added to it. There’s not even the dodge and block mechanics from the previous game. The enemies are more aggressive but Travis has no way to defend outside of a QTE that appears when you’re grabbed. Combat becomes an awkward dance routine where you’re trying to get behind the enemy to trap them in an endless stunlock combo. If you find yourself ambushed it’s difficult to recover, especially if there are multiple enemies.

The camera and controls exacerbate the gameplay issues further. Origins switches between using an unlocked camera that can be adjusted with the L button and preset camera angles, but doesn’t give you any consistency. You may be running around outside and then suddenly switch to the locked camera angle and then back again. You may enter one room that allows you to move the camera and another that doesn’t. In combat this creates many issues because you’re constantly having to tap the L button to snap the camera into place, but you may also move yourself into a corner where you can’t see anything due to the switch. You change weapons using the D-pad but the combat doesn’t pause when switching. A weapon may break in the middle of combat and instead of going to the next weapon in the inventory slot it defaults back to the fists. Melee and firearms are separated and can be switched between by pressing up on the d-pad which is incredibly awkward. These issues make Origins combat even more unbearable.

The game is technically sound for a PSP game. It still uses the same old tricks of fog and a film grain filter to hide some of the graphics. There was nothing done for the PS2 port of the game which looks identical to the handheld version outside of the slighlty higher resolution.  It looks comparable to other high profile PSP games of the era such as Metal Gear Solid: Portable Ops. 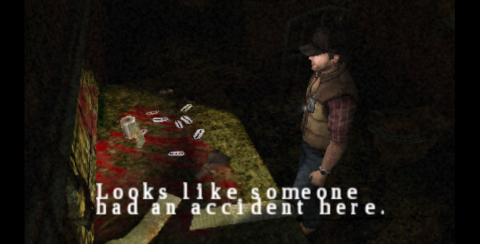 Poor gameplay elements are numerous in all the entries, but Origins lacks any real soul to make up for it. Travis shows little characterization, and the overall plot is very weak. Side characters are pulled from the original Silent Hill, but they don’t enrich the plotline or lore of the series. The premise of the game itself reads very much like fan fiction, complete with its own discount Pyramid Head. The game moves you quickly from place to place never stopping to build any atmosphere or dread like in the previous games. While the older games drew heavy visual and thematic inspiration from specific movies, Origins lacks any of these and the result is a game that feels very lifeless and uninspired. Enemies are a cobbled collection of used assets and original enemies that aren’t striking or scary. This was the last game that Akira Yamaoka scored, but without the powerful moments that punctuate the other games there’s no emotional resonance to it.

Origins doesn’t do justice to its classic heritage and also doesn’t feel like a real effort to relaunch the franchise. It’s a cheap effort that speaks to its troubled development history. Trouble followed the series for the rest of its lifespan. It spent the rest of the 7th generation juggled between different studios who released vastly different games, each with a different idea of how Silent Hill should be. Konami showed increasing disinterest in the franchise, signified by releasing a maligned HD Collection.