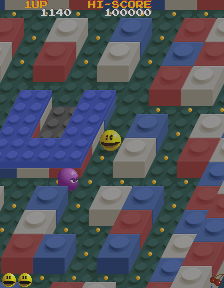 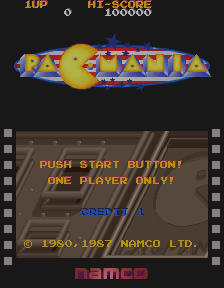 One might say that the late 90s and early 2000s were the time when remakes of classic arcade games seemed to be coming out non-stop. In truth, such remakes have been part of the industry from the start, even during the heyday of arcades. Namco was no stranger to remaking their most well known titles themselves, with games like Galaga ‘88. Pac-Mania would be their next attempt at bringing their classic maze game to a new arcade era, with all the features expected of it. In a year where more complex games like Double Dragon were seeing release, it’s a bit of an anomaly in its simplicity, but it still holds up. 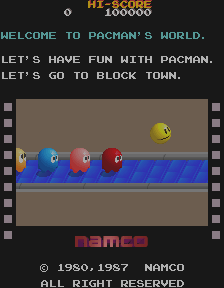 Pac-Mania brings the experience back to its roots, which means no more cards, keys, locked gates, breath weapons, wandering bonus items, or bonus rounds. It’s just you, an open maze, a whole lot of dots, and four power pellets. Just about all the rules work as they did in the original game, with only one major addition; the ability for Pac-Man to jump. By pressing the button provided, Pac-Man will bound into the air and over the questionably existent heads of ghosts. There’s a short cooldown between hops, which makes it useful, but not something that makes the game trivial. Along with the bonus items, there’s also the occasional power-up that spawns, either granting Pac-Man extra speed or offering a bonus power pellet, if you can catch it. 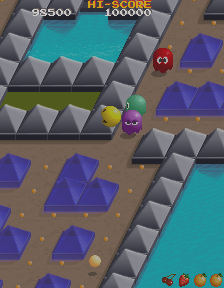 There’s four new mazes to munch your way through, each with their own look and layout. With each maze, not only do the ghosts get faster, but more of them appear at once, with the final rounds featuring nine ghosts in the maze at once. Two new ghosts by the name of Funky & Spunky also appear alongside the classic five. In later levels, they’re even capable of jumping just like you, and while Funky jumps just low enough you can barely pass over him, Spunky always jumps high enough to meet you in mid-air. On the positive side, with more ghosts means more chances to earn massive points on a single power pellet, with scores reaching far higher than the original game. 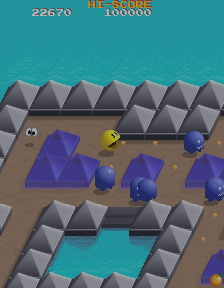 Fitting the design philosophies more common around this time, Pac-Mania has an actual ending. Once you clear all four of the mazes on two loops, you’ll receive a brief ending, before recording your score. While a dip switch setting can be used to disable this, it does a lot to show just how much games have changed in the seven long years since the original game. In another modern touch, you can continue the game If you run out of lives, with a somewhat expected removal of your score. A Pac-Man game where you’d be playing to see the end seems like an odd concept, certainly, but the game remains fun enough to make it mostly worth it. 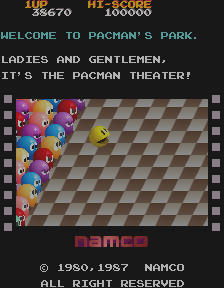 If there’s one real issue with the game, it’s that its isometric, semi-3D perspective ends up working against it. Later mazes end up being so large and the viewing area so small that it can be difficult to tell where things are. When you’re wandering around trying to look for that last pellet, every second you spend trying to scour the board is one letting the ghosts close in on you. It leads to some frustration, even the occasional death, that never entirely feels like your own fault. It’s the game’s biggest issue for certain, and one that could have been rectified with a minimap or something similar. 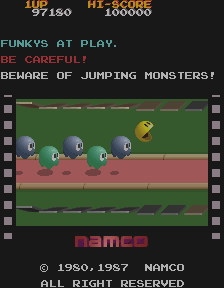 When you’re not dealing with that particular issue, though, the game looks great for its era. The different facial expressions the ghosts sport add some personality, and the variety in maze designs helps encourage further progress. The music, featuring a different track for every maze, also helps add a lot to the proceedings. It’s some fairly catchy stuff that lasts for a surprising amount of time before it loops. Unlike most other music from the series, it doesn’t even have to dip into the leitmotifs of the original games, helping the tracks to stand out further on their own.

Overall, Pac-Mania is a worthy update of the original game. It doesn’t offer much in the way of new ideas, but it returns to the simplicity that made the original Pac-Man such a success seven years prior. If you’re willing to accept that what your getting is a remake than anything substantially new, it makes for a pretty good time.

There’s a large assortment of ports and rereleases to make up for the lack that Super Pac-Man and Pac & Pal had, all of which vary in quality.

The ZX Spectrum version is surprisingly playable, given the hardware. While the viewing area is smaller and the scrolling is a little choppy, there’s only a minimum of the color bleeding the system was infamous for. One small issue is that the lack of color makes it somewhat more difficult to tell which ghosts jump if you can’t spot their expressions, however. The 128k version doesn’t add much for new features, but adds some decent YM renditions of the game’s soundtrack. The Amstrad CPC looks and sounds almost identical to the 128k Spectrum port, but features even slower scrolling.

The Commodore 64 version features more colors and a smoother framerate, and generally plays a little faster. Unfortunately, the viewing area is similarly squished. Despite this, it’s a functional port that lacks the minor gameplay issues of the Spectrum version.

The MSX version features art much closer to the arcade version, but features a playing field about the size of the Spectrum port. It also features even jerkier scrolling than that version, making this port one of the weakest options.

The NES version has a somewhat muted color pallete and weaker music, but plays well, not suffering the same issues with screen space as other 8-bit machines.

The Master System version features weaker colors, a more zoomed in view, and a far faster, almost manic-sounding rendition of the soundtrack, but still plays well. It also features a hidden maze, reached by eating every regular dot on the first maze, and then eating the coin that appears in the center. This will take you to “Coin World”, a maze where the walls are made of gold coins and every dot is worth a ton of points. More disappointingly, this version features no continues, a rarity among ports for this game.

The Genesis version features less colors than most of the more advanced versions. Not only that, but most of the art assets have been redrawn, making everything look chunkier and generally somewhat uglier than most versions. On the gameplay end, it’s mostly faithful, with the addition of some extra features. You can now adjust the game’s difficulty, which really only tweaks the game speed. There’s also the option for a “Pac-Booster”, which when toggled, makes Pac-Man move faster. This kind of throws the game balance out of whack, since Pac-Man can easily outmaneuver the ghosts with it, and there’s no real incentive besides bragging rights to turning it off.

Pac-Man Collection on the Game Boy Advance features this game alongside Pac-Attack. It would be an almost arcade perfect port, except for the fact that the view is zoomed in much further, making it much more difficult to see oncoming ghosts. If it weren’t for this, it might have been one of the best ways to play the game, short of MAME. On the bright side, this version features some extra options to tweak the difficulty, as well as a series of helpful gameplay tips to read. 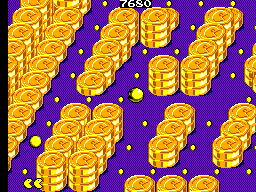 The secret maze featured in the Master System version 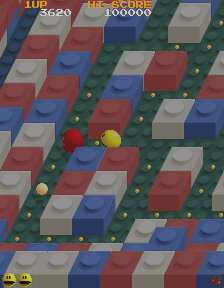 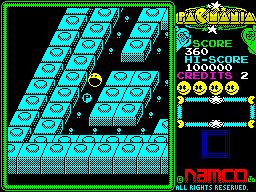 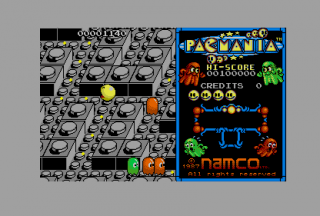 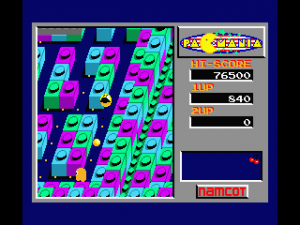 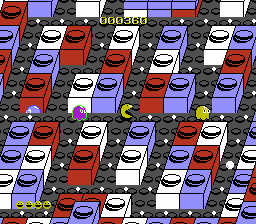 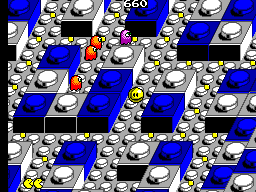 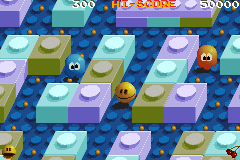