Debuting in 1987 for Japanese PCs, the Genesis version of this game actually made it to America, titled Super Hydlide. It’s a marked improvement over the original in terms of game play, sound, and pretty much everything. The only exceptions are the graphics, which are a bit better, but still seem very low tech, especially in the 16-bit versions. The basic story involves a mysterious fissure into deep space appearing, followed by a swarm of monsters threatening to engulf the land. Once again, the lone hero must get to the root of the troubles and save the universe. 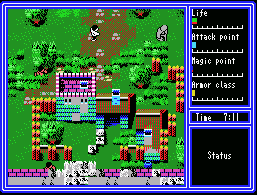 A lot of improvements have been made – Super Hydlide features opening cut scenes, as well as a ending that is playable using a secret trick. There are actually townspeople to converse with as well. There is only a loose connection to the previous games, as Varalys appears as the game’s penultimate boss, sealed in a cavern and carrying the item needed to enter the final area. Fairies make a return as well, with one being a necessary companion in the final battle. The gameplay is a bit closer to Zelda this time – there’s now an active attack triggered by a button press, so you don’t need to run into enemies anymore. It still feels a bit awkward, as you can only run up to an enemy and jam the attack button, hoping that you’ll kill it before it kills you. It also carries over the morality meter from the previous game: Some monsters you encounter are good and will not attack you. If you are careless (or just greedy for experience) and slay them your morality meter will decrease. This generally has no bearing on gameplay, but a full morality meter will enable the player to defeat Varalys a lot easier when the time comes to confront him.

At the beginning of the game, you’re given the choice between four distinct character classes – Fighter, Thief, Monk, and Cleric. The Fighter and Thief are melee types, while the Monk and Cleric are spell casters. Like traditional RPGs, there is a variety of weapons, shields, helmets, and armor you can equip – ranging from simple items, up to the almighty fairy armor equipment, the flame sword and light saber weapons. In addition to ranged and melee attacks, there are a total of twelve spells in the game, ranging from basic healing and teleportation, to attacks and special buffs. The fighter and thief only have access to six of these, while the Cleric and Monk may cast all twelve. The game implements a rather annoying weight system, limiting both what you can carry in, as well as what your character can use as a weapon. If you’re overloaded, you will find yourself unable to move. This makes managing items, and even money, even more important. You need to be careful with what you discard to free up weight, since there are certain items you will need by the end of the quest and if you’re careless, you can screw yourself royally. 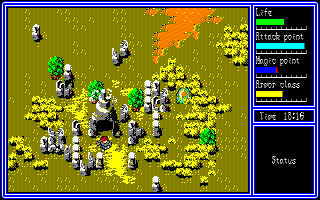 Hylide III also features a time system. Each day is broken in 24 hours. You will need to munch on rations twice a day and sleep to avoid eventual fatigue, which decreases your hitpoints. Sleeping is primarily done at inns, which in turn allow you to save your game, but is really expensive. You have an option to slow down or speed up time by adjusting it in a menu, making traveling, leveling up, and some fighting a bit easier. While the time system is innovative, it limits the amount of exploration you can do at one time, forcing you to set up camp around a city to eat up and rest, lest you collapse in the middle of the vast overworld.

Generally the game presents a fair amount of challenge – partly from the weight and time mechanics, enemy difficulty, and the fact it does also allow you to die instantly if you fall off certain platforms (which can be a real pain near the end of the game). There are four boss battles, the last of which requires a rather innovative solution (you need to leap into the boss’ mouth to deal the death blow). These encounters are fairly hard, and do require some skill to emerge victorious. Like in Ys, the menu becomes inaccessible while fighting a boss, making it imperative you have the right items equipped, etc. 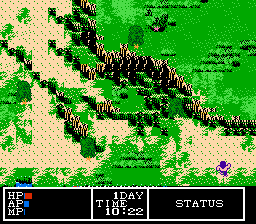 As mentioned, Hydlide 3 is an overall improvement from the first two. The music tracks for the Genesis version are quite good, fitting in with the game’s theme and being catchy in their own right. While the weight and time system can be a pain in the rear at times, especially when attempting to level up, it does score points for innovation. Starting out can be rather hard, given you’re required to hunt enemies to gain the money needed to rest and eat just to stay alive (there are a few Easter eggs for quick experience and cash found in FAQs and walkthroughs that are recommended for new players). It is a sharp learning curve, but the game is fairly rewarding, having an ending that was for the time innovative as well. There is nothing like finding out your ultimate enemy was a five eyed frog named Kaizack who created the universe and decided to terminate everything once it grew beyond his control, making its ending almost up there with the likes of Phantasy Star II. For a villain he is both spiteful and memorable in his dying monologue. 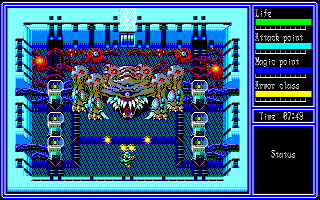 After the original home computer versions, Hydlide 3 appeared for the Famicom in 1989, bearing the subtitle Yami kara no Houmonsha (“Visitor from the Dark”), but only the Mega Drive version, called Super Hydlide, ever made it out of Japan. The Famicom version suffers a noticeable visual downgrade, especially with its occasionally bizarre use of miscolored tiles. The Genesis version also looks slightly worse than the computer originals, offering only a minor jump above the Famicom version. 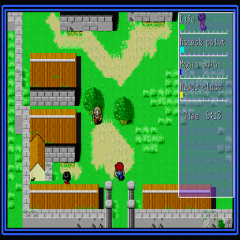 The “Special Version” editions for the PC-98 and X68000 were released a few months before the Genesis version. They include improved graphics, new maps and new characters. These are the only versions that have character portraits during dialogues, but use a weird transparent on-screen display that shifts from left to right as you move across the screen. The Windows remake is based on the PC-88 version, and just includes upgraded graphics (the best of any of the versions) and a fully rearranged score.

All in all, Hydlide 3 is a good, but not great game, and while it’s definitely not a “must play” game, it is usually maligned as being the sequel to “that awful NES game.” In that regard Super Hydlide has not received the credit it deserves, as it is quite able to stand on its own. 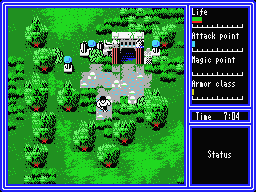 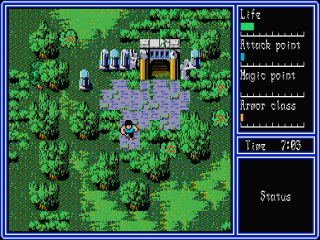 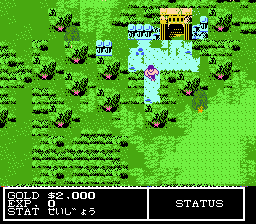 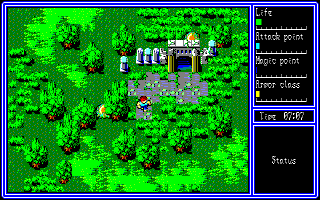 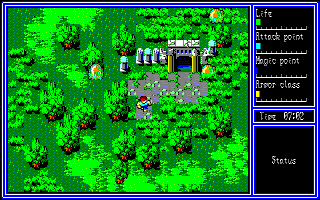 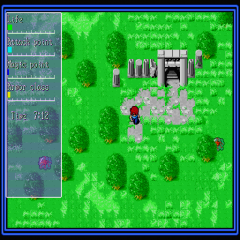 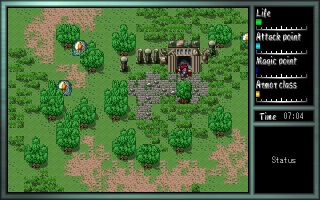