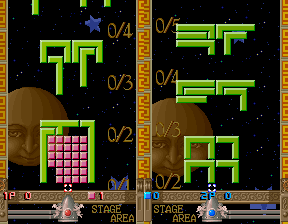 Quarth is a fun little shooter / puzzle hybrid from Konami. You control a small ship at the bottom of the screen as blocks fall from the top, sort of like Tetris in reverse. Your ship shoots tiny blocks, one by one, to complete the shapes and turn them into rectangles, at which point they disappear. Creating bigger rectangles not only yields more points, but pauses the game briefly while they’re being cleared, allowing you to work on other parts of the screen. You can also hold upwards to increase the speed of the block’s descent.

Further, you can take out multiple blocks by creating an even larger rectangle around them. There are also occasionally colored blocks which, when completed, will clear the entire screen. Naturally, once they hit the line at the bottom of the screen, your ship is destroyed and the game is over. It doesn’t seem very hard, but if you’re too quick on the trigger finger, or just try to clear blocks haphazardly, you might end up in a situation where there simply isn’t enough time to create a full rectangle. 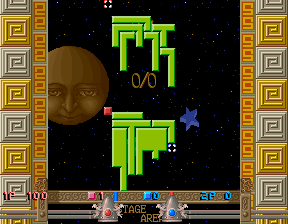 There are three types of two-player modes. Both people can choose to play independently of each other on different playing fields. There’s a cooperative mode where both play on the same, extra long field. And then there’s the versus battle mode, where destroyed blocks will appear at the top of your opponent’s side, shrinking their playing field.

In Japan, Quarth features a winged pod as its starship. In other territories, it’s called Block Hole. The pods are now generic looking space ships, the title screen is different, and it uses different theme music. Both versions feature a silly intro cinematic, which is a harrowing account of the blocks flying through space, and the only starships that can stop them.

The Famicom release lets you play as both the winged pod and the Block Hole ship. It also includes the ability to choose your area (difficulty level) from the start, as well as an additional two-player alternating mode. Certain colored blocks also have different effects that can grant extra points, temporarily freeze the scrolling, apply a double score multiplier, or destroy all of the bricks on screen. The graphics are very sparse, with only a black background, but the palette changes every new area. This is the only version of the game that gives you lives, though you can continue in other ports. According to the Famicom manual, the winged pods are named Ding and Dong, and the ships are named Square I & II.

The MSX2 release also lets you play as the pod and Block Hole ship, as well as two other vessels. There are four different BGMs, including both the Quarth and Block Hole themes, and also has the SCC sound chip for superior music. It looks better, but the scrolling is a bit choppier.

The Game Boy version, the only home version to see release in the USA, offers six ships (including the Block Hole ship with its music), but the sole two-player option is the versus mode, which is only playable via a Link Cable. There are also power-ups that serve a similar function to the item blocks in the FC version. However, they are distributed randomly, and can be stored and used at any time. Quarth also shows up on the Konami GB Collection Vol. 4 in Europe, although it was renamed Block Game, and on Vol. 2 in Japan for the Game Boy Color.

The PC98 version is similar to the arcade release, but its graphics have been redrawn with a 16 color limit, so it looks a little bright. The X68000 version is nearly identical, though it runs at a different resolution, so the playing field is narrower but taller.

A company called Zemina published many MSX games in Korea. Since Konami only made an MSX2 version of Quarth, Zemina made their own for the original MSX. It uses the Block Hole name and ship, but the music from Quarth. It’s lacking all of the extras from the official Konami MSX2 version, looks and sounds worse, plus the scrolling is choppy and the controls are unresponsive.

There were mobile ports in Japan under the name Block Wars. It’s also a bonus game in Ganbare Goemon Toukai Douchuu Ooedo Tengurigaeshi no Maki for the DS, except your ship is the Goemon Impact, a giant robot with Goemon’s face. It also uses the dual screens for an extra tall playing field.

Additional minigames are found in the Japan-only arcade games Quick Master 5 and The BishiBashi, as well as a on their ee’MALL 2nd Avenue machine called EE-Quarth. 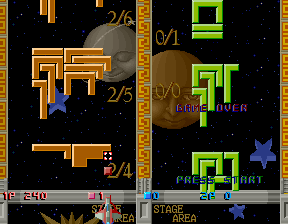 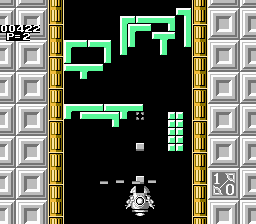 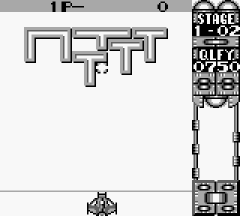 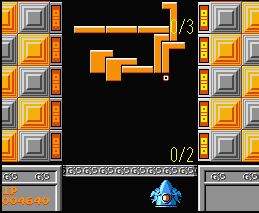 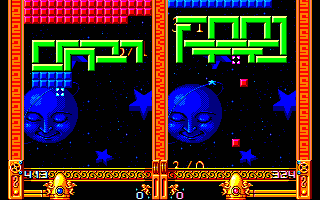 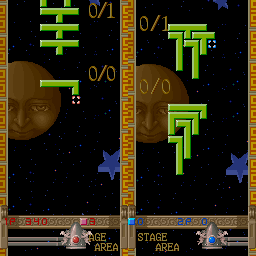