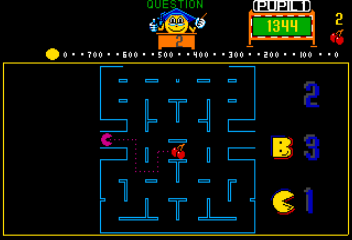 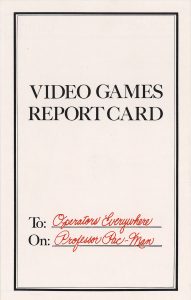 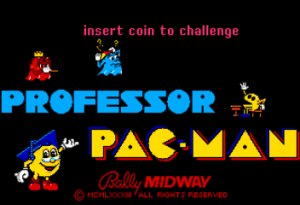 By 1983, Pac-Man Fever seemed to finally coming to an end. Despite the release of two sequels from Namco, one receiving a tepid reception and the other never hitting American shores, the series would eventually begin to lose steam for a number of years. Bally Midway, the American owners of the license, weren’t content to bring the money train to a halt just yet. Trying to catch what was left of the Pac-Man craze along with the rather less popular arcade quiz game fad, they’d simply release a game that took advantage of both. The results, as shown by the game’s relative obscurity in the series’ storied history, speak for themselves. 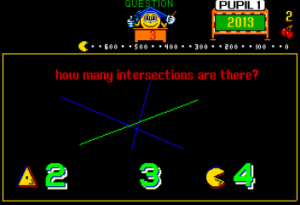 The goal of the game is simply to answer as many questions as correctly as possible and go for the highest score possible. With each question, you’re provided three possible answers. Answer correctly, and you’ll earn bonus points depending on how fast you answered. Answer incorrectly, and you’ll lose one of the fruits representing your lives. If you answer enough questions in a row correctly, you’ll be given a high-scoring bonus question. 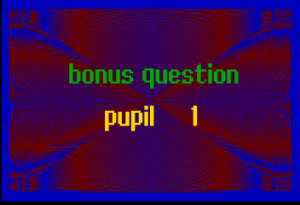 Instead of asking different trivia questions, you’ll be given various simple puzzles that test things like pattern recognition, counting, and memory. It really feels more like you’re taking some manner of standardized test than an arcade game, especially since so few of the questions involve Pac-Man himself. The questions themselves tend to vary wildly in difficulty, ranging from simply picking an object that’s different, to having only seconds to memorize a picture. The rather short timer doesn’t help that much, either, especially with how quickly it depletes even from the start of the game. 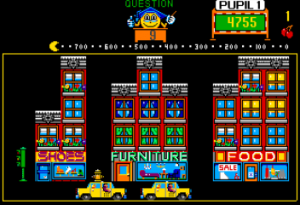 About the most amusement one could get from Professor Pac-Man are the various animations that play for right or wrong answers. Even then, those are diminished by the game’s tendency to rapidly flash the screen bright yellow whenever you get a correct answer. Nowadays, there’s little reason to try this game now, except to see just how far people were willing to stretch the Pac-Man license. This would be Bally Midway’s last attempt to continue the franchise without Namco’s involvement, and truthfully, that may have been for the best. 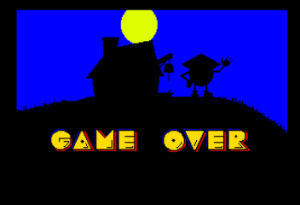