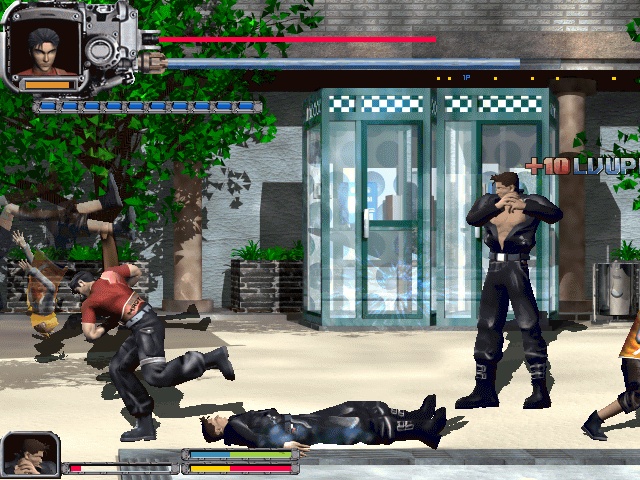 The status of Storm as a sequel is a bit dubious. It’s the only game released by a company called MOOV Generation, which mostly consisted of former TG Entertainment staff. But the game establishes no ties to the original story, and its title screen just reads Storm. When the game was first released, though, there was already a small subtitle on the box, designating it as Eojjeonji…Jeonyeok 2. Upon subsequent releases, that subtitle became larger and larger, while Storm gradually made its retreat, until it vanished entirely from the cover image for the bundle with the original Eojjeonji…Jeonyeok. While the story was one of the strengths of the first game, there is none to be found here, but the intro sequence leaves one thinking that one was probably planned and then cut. He is probably what would have become Gunn if this was a “true” sequel, since he strongly resembles his look and adopts most of his trademark moves. He represents the “average” character, combining considerable strength with decent speed, and is a real combo monster. The intro has him standing in front of someone’s grave, and a necklace is featured prominently. The only character brought back from the first game (probably because she wasn’t in the comics, and thus legal property of the developers). In the intro, we see her covering a big scar on her forehead with the read headband. She’s the “fast” character, and her wooden sword gives her a lot of range. This is the hero the intro reveals the least about, as he’s just doing some movements that show he’s getting ready for the fight. He is the “strong” character, with rather short combos, but powerful moves, and he can just mow through enemies by running into them. 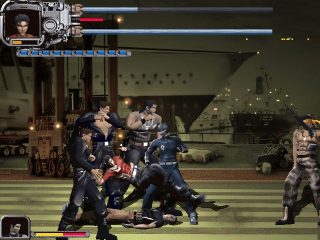 This time we’re finally given not only a two-player mode, but even three-player, in accordance to the three main characters. For obscure reasons, it’s restricted to networked gameplay only, though. Multiplayer sessions at a single computer are still not possible. 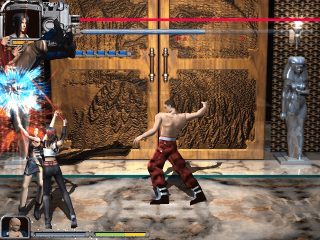 The basic controls haven’t changed much. There are still the separate keys for jumping, punching, kicking and crouching. Running isn’t done by triple-tipping a direction anymore, instead you hold the crouch button and then press the arrow key of your choice. The combo system is also very similar to its predecessor, with a few tweaks. Now a lot of moves cost units from the newly introduced special bar, which counts up to ten, but in reality can be charged up indefinitely above that amount by beating up thugs, so it’s not that likely to run out of charges. Every character also has a couple of so-called “Storm Combos”, which are automatically executed after a single input, just like Super Combos in fighting games. The amount of enemies on screen at a time, which was already unusually high in Eojjeonji…Jeonyeok, has been raised to ridiculous proportions. Not being able to even see your characters between all those enemies is not a rare occasion. Many of those are fodder thugs, though, and demolishing the faces of twenty foes at once makes one feel like a major badass. Once again experience points are awarded for beating enemies, which can not only be used to buy upgrades in between stages, but also automatically extend the health bar while playing. Available upgrades consist of Strength and Defense, which grants a second life bar as well as an “emergency bar”, used to lengthen your life even after your normal bars are depleted. This one can once again be extended over the whole width of the screen through its own upgrades, and holds out much longer than the quickly diminished normal bars, so in the later stages, you’ll live on that one most of the time. Tech levels are back again as well, but this time the characters already start out with a movelist not quite as bare-bones. 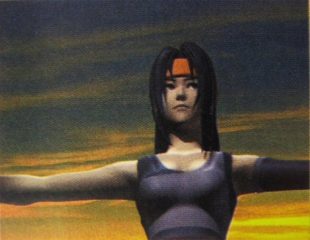 A big change in the game’s progression is the new open level structure, which lets you choose any stage freely. There’s eight ordinary stages and three extra zones, which are mostly there to throw the most incredible amounts of enemies at you on one single screen. Every stage also turns into a more difficult variant after finishing it. Unfortunately, most stages are balanced for a character in a thoroughly upgraded state, so you’ll find yourself playing the first level again and again to grind for experience points, until you can play the second version of the first extra level, only to grind that one even more. Unfortunately, while there’s a save function for all upgrades bought from the shop and the stage progress, the normal health bars are reset to their initial length every time you quit the game, or do only so much as to lose one of your infinite lives. Whether this is a glitch or just a very stupid design decision, it makes the grinding factor even worse. 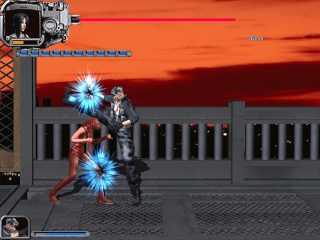 The radar in the top righ corner of the screen seems to be a bit of an odd innovation for the genre. It displays the player characters as well as four colour-coded types of enemies (which could be described as fodder, normal, strong and boss). It’s not completely useless, as the areas don’t scroll linear as in most beat ’em up games, but are rather freely accessible, and enemies spawn from all over the place. On the other hand, the individual level sections are all quite small anyway, so the radar remains a questionable addition. 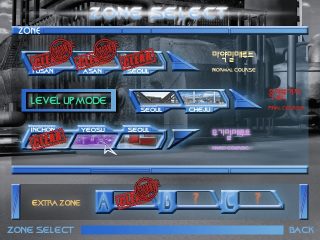 By 2001, pixel artistry was all but a thing of the past in Korea, and thus Storm is presented in pre-rendered graphics. Most classic game enthusiasts would condemn such a step, but there’s a certain charm to that plastic puppet look of Asian rendered characters from the late 1990s to early 2000s. Of course it looks totally artificial, but somehow it all falls into place in Storm. The backgrounds are very versatile, and broken down into very small sections to introduce new themes more frequently. There’s also some very cool special effects, like motion blur and lightning flashes that occurs during Storm Combos. 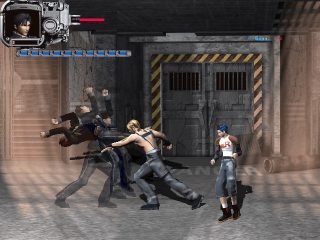 The music isn’t quite as good as in Eojjeonji…Jeonyeok, but not completely devoid of great tunes. A few stages feature remixes of tracks from the first game, but they’re generally inferior, and particularly demonstrate the more mushy nature of Storm’s soundtrack. 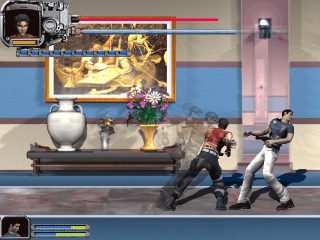 Just as with Eojjeonji…Jeonyeok, a few incomprehensible design decisions (and this time different ones than before, so no one can say they didn’t know how to do better) prevent it from being the classic that it should be. Maybe that’s even for the better, since otherwise it would have become a great classic hardly anyone ever played. It could have scored some success at least in its homeland, but several delays caused it to be released in 2001, when Korean single player gaming had already begun to get wiped out by the advent of broadband internet and the accompanying widespread digital circulation of warez. MOOV Generation saw itself forced to fold shortly after the game’s release, with the few employees whose career can actually be traced at all dispersing themselves among various online and mobile game companies, as was the fate of most of developers from the country’s early gaming history.