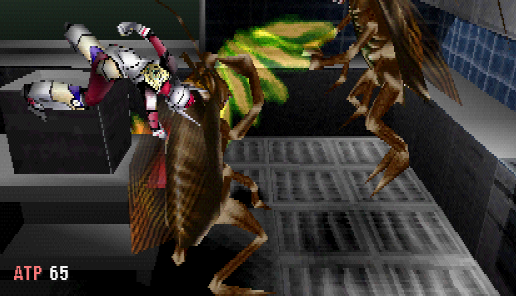 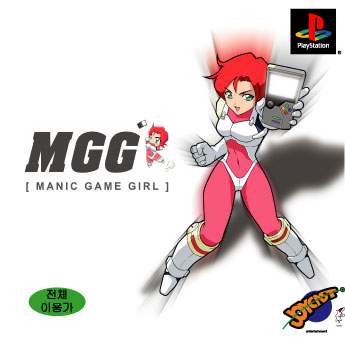 Manic Game Girl is a mildly interesting piece of history that holds some unusual records behind it. First and foremost, it’s the only game ever developed and published in South Korea for the original PlayStation. The game was a pet project of Joycast, a company founded to exclusively deal with console affairs in the country, tying to Sony’s grand launch of PlayStation 2 on Asia at that time. It was a budget release, but nonetheless Joycast brought a good number of talents into the crew to kickstart this project. One of the key people was the main programmer Lee Hanjong, who used to work for Square USA where he contributed some programming works (his name appears in the credits of Parasite Eve). His expertise on the architecture might also has to do with its odd choice of the platform, which was by then in the twilight years.

Manic Game Girl is a half adventure, half beat-em-up hybrid game, where you assume a role of Amber, a college freshman who doesn’t know a thing about video games, but becomes quite good at them once she brings the brand new console, Game Stealth, to her room. Soon enough, the city is overrun by terrorists also obsessed with video games, and Amber is selected as a resistance fighter against evil corporation responsible for this turmoil, which plans to take over the world by their equally evil video games. It’s a noble concept, but there’s a certain problem with their writing. Games with such meta premise has tried catering to their target audience in some way – Segagaga, a similar game with official Sega’s backup, had gone over their duty to include tons of minigames or others that references their products, and some like Neptunia, without that kind of support behind, utilized a load of tongue-in-cheek memes.

In case of Manic Game Girl, it also tries the same thing, but maybe the developers weren’t that knowledgeable about video games, because the reference is kinda superficial and limited. You can try talk to students around the college, but the best they can offer is a short gossip that video games are awesome, without going into what and why they are. The game does feature some goofy titles – the first one is ridiculously sounding Otaku Crisis, which is apparently a million seller – but they don’t seem to be based on any particular games. In fact, you don’t actually get to play them, or even watch over someone playing them, which is rather a disappointment for a game like this. Probably the closest call to actual video games would be an amusement center nearby that hosts some arcade cabinets inside, although only one of them is playable, a rhythm minigame machine that doesn’t sync to the music at all. 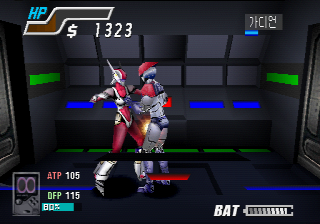 The game goes a bit overboard with the cutscenes, which are aplenty and unskippable. It takes no less than 40-minute long introduction to actually get started, and there’re a lot more in-between the levels. They’re nauseously overwritten, and other than telling you bad guys to fight, most of them serve little purpose in any sense. Sometimes it shows flashbacks indicated to be relevant to your quest, but they aren’t, and sometimes you rescue characters who promise to help you later, but they don’t. These seem to exist only for sake of being funny, but rarely they are. The worst offenders usually come from Amber herself, constantly whining about everything and taking any chance to take a shot at gaming culture, which is not witty one bit and gets very irritating very quickly. Granted, you’re able to speed them up, but they feel like an afterthought than a genuine feature the game makes it out to be.

The way it’s structured is also quite confusing. The game is set in an overworld, requiring you to visit certain location around the city that triggers the proper event. However, said spots are not marked on the map, and you’re often never told any clue about where you should go next, in which case you’ll have to wander around until you eventually bump into something. Coupled with the loading time between areas, this is far from graceful experience. 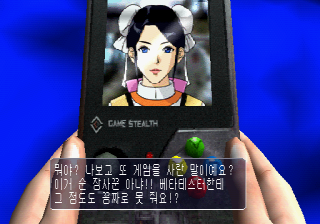 The adventure part feels rather tacked on overall, but they’re only a coating around the real meat. It’s the action part that things kick off, when Amber transforms into superhero with her Game Stealth and saves the day, Power Rangers-style. The good news is that this section is patterned after beat-em-up, something people are comfortable with and is easy to get into. The bad news is that it’s a very poor attempt at it.

For starters, the game is quite stingy with providing offensive moves. You have two buttons that do simple punches and kicks, and that’s it. You can try grab an enemy by tapping the direction button toward them, but its implementation is too erratic to pull it off consistently. You can also earn two extra skills with a game cartridge you purchased from the shop, one of the few times its concept comes into play. However, even though they provide long distance attack, its dodgy hitbox and the lack of lock-on make them difficult to use, and just smacking them is easier and faster in comparison. It’s not exactly exciting when the best strategy at any given moment is to brainlessly hit the buttons.

And you’ll definitely need patience for it, because Manic Game Girl is a ridiculously long game, and everything feels stretched out beyond several orders of magnitude. The levels are usually huge, really huge, often requiring the player to research the entire building from the bottom to the top, with dozens of rooms waiting on each floor. Even worse is its total lack of variety, since you usually explore some small chamber that contains several enemies and nothing else. Enemies are pulled out from usual tropes – punks, dominatrixes, ninjas, comrades – but they all share nearly the same moveset, and the game’s method to crank up the challenge is to simply dispense more of them. You also need to look out for hidden keycards to access the next floor. Some of these are stashed in very obscure places, so you really have to pay attention to them if you do not want to start a gratuitous hide-and-seek.

As per genre’s tradition, you’ll occasionally come across a few boss battles, where you have to fight giantized insects for some reason. The bosses are invincible in their normal form, and you have to make them let their guard down by using certain item on them – to outwit the giant cockroaches, you need baits to distract them. It’s a simple puzzle element, but the execution leaves a lot to be desired. The clumsy interface makes it harder to use than it should be, and the AI likes to ignore them and cut off your maneuver outright. The bosses themselves are completely cheap. They move fast, have no problem snatching you at distance, and their glitchy special attacks can sap a great chunk of health. Moreover, they have a tendency to pin you down into the corner, in which there’s no hope to escape.

The game takes an another turn on the halfway point: Your goal is now to stop an international conspiracy about mutant soldiers, which involves infiltrating their laboratory. This part is even more of a drag than before, because the map is broken down into several layers of a huge maze, each jam-packed with respawning enemies, indestructible security turrets, and few health pick-ups to be found. There’s a map hidden in certain rooms, but it still doesn’t show the location of the keys and the exit, so it takes lots of trial-and-error to locate them. Getting to this level also locks you out from using shop, so hopefully you’ve brought enough batteries to keep powering up Game Stealth lest the game becomes unwinnable.

Should you get all of them done as well, the final big bad will welcome you, who is some guy with vaguely defined tragic motive, saying he’s jealous of his brother born with superior gene. Maybe a subtle nod to Metal Gear, but bear in mind that you didn’t exactly know neither of them up until this point, and it has zero relation to what was built up in the rest of the game, which renders all those overly detailed cutscenes kinda pointless. The man challenges you into the last showdown in bizarre virtual reality stuff, you then defeat him through weird space battle sequence (which is also clunky and tedious, but that’s to be expected), and the credits roll, without much satisfying explanation of why any of this game took place. 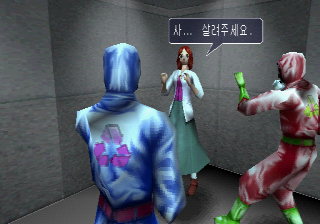 A few workarounds, such as grinding lots of health restoration items to force yourself through, can slightly alleviate its problems. But before realizing that you’d have probably wised up and turned off this game, even if you have a particular hunger for the novelty and quirkiness that defined the obscure realm of PlayStation library. It’s extremely barebones as far as a beat-em-up goes, which the game desperately tries to hide by bogging down your progress in worst possible way, and having to deal with awkward, embarrassing writing means there’s no reward for struggling through it, either. Which is why it was a critical flop at release, taking the company with it. Because of its rarity, fetching a physical copy can be quite a challenge, but do not let that misguide you to believe it’s something worth bothering.

The game was once considered to receive the English localization. Joycast sent some screenshots with translated dialogue to the press, but they failed to find a publisher before they closed the door. Not a huge loss, to be entirely honest.