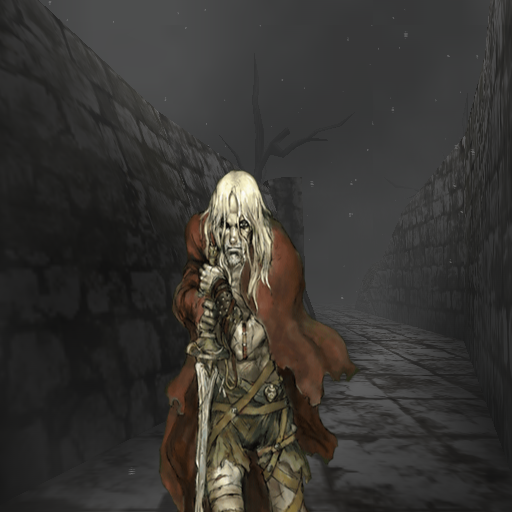 Wizardry 8 may have been the last game in the series to be developed in North America, but not by any stretch was that the end of the franchise, as several Japanese developers had already started their own sub-series and continued to license the Wizardry name. To date there are more than 30 distinctive Wizardry titles, not counting the almost countless ports and variants. While we hope to expand this article in the future with more detailed coverage, they are far too many to deal with all at once, so here is just a quick glance at the things to come.

ASCII, the Japanese publisher of the original Wizardry series, was the first to try and add new adventures using the same basic system. It started out small, on the Game Boy, with Suffering of the Queen and Curse of the Ancient Emperor, who pretty much were just classic Wizardry, aside from a graphical town screen and some additional options. The third episode, Scripture of the Dark, added the new elements found in D.W. Bradley’s games, and also features outside areas like Crusaders of the Dark Savant. After a break of three years, Throb of the Demon’s Heart not only moves the action to the SNES, but also the setting to medieval Japan, and thus can be seen as the first attempt to domesticate the series. It also features one of the most gorgeous box covers, of which there are only tragically bad scans around – other than Sir-Tech, who had long opted for more modern and less classy covers, ASCII’s games retain the excellent line art of the first three games.

Curiously, when Success ran their big Wizardry mobile offensive in the mid-2000s, two of the Wizardry Gaiden episode titles appeared under a different banner, renamed to Netherdomain (the remaining episode was called “Sheinker’s Daughter”). These appear to be still Wizardry-like, although there are also screenshots around showing dungeon exploration from a third person perspective.

Like Gaiden, the largest Wizardry subseries also first went back to the core rules, before slowly evolving into a Bradley-ish system. After the two more traditional Game Boy Color games, the Wizardry Empire games are also the first to adopt anime stylings, if only in the supplementary artwork. The three following home console episodes are called Princess of the Ancient, Legacy of the Princess and Ancestry of the Emperor. The latter was brought to the PSP in January 2007, and marks the only Wizardry release in that year, before the franchise would go on its two-year hiatus.

Empire developer Starfish in the meantime came into its own and created the Elminageseries, which is still the same kind of party-based dungeon crawler as Wizardry. 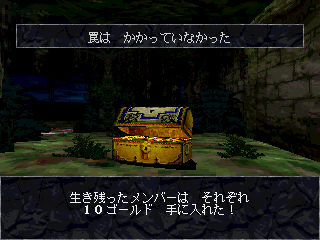 “Brought to you by ASCII, the makers of Wizardry Gaiden“, Dimguil is a continuation of that series in everything but name. It was programmed by Access, but shared some of the former Gaiden staff as well, including director Takeshi Kaneda and scenario writer Takeshi Tokunaga. Like ASCII’s later Gaiden games, it picks up with the D.W. Bradley rules, and once again starts in a forest. Only the cover is not quite as classy as they used to be… 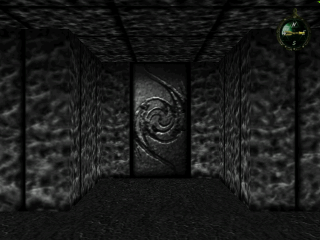 This is a very obscure title from the Japanese home computer veterans at KSS. It replaces the traditional fantasy races with new names, but otherwise doesn’t seem to have any outstanding characteristics – aside from featuring the most hideous dungeon graphics in the entire franchise. 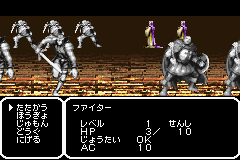 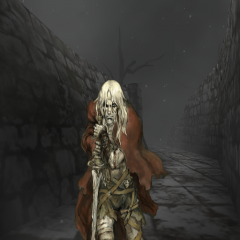 Atlus’ contribution to the series (although it was actually developed by a little known Japanese company named Racjin) takes a more narrative-heavy approach than any of its forebears. Players still get to create their main character, but the companions are often fleshed-out characters with lots and lots of dialog. Fortunately, the first of these two titles was also the first Japanese Wizardry to make it back to Western shores, sparing American and European gamers the need to blindly click through pages upon pages of Japanese text. The English version was released as Wizardry: Tale of the Forsaken Land. 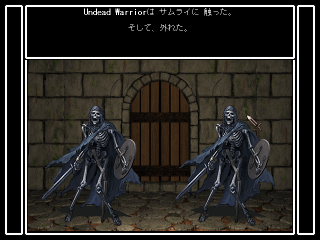 Wizardry: Prisoners of the Battles (Windows)

It’s nice to see core staff of Wizardry Gaiden reunite and return to the series, even though Prisoners of the Battles and Five Ordeals once again go back to the core rules and monotonous dungeon walls. But the conservative approach also accounts for one of the games’ strengths: The monster graphics are all high resolution versions of the SNES games and look absolutely great. Five Ordeals, as the name implies, contains not one, but five separate quests, each with its own dungeon. Both games’ shared engine is set up to be able to load new episodes, as well. One such episode, “The Absence of Misericordia”, was published through official channels, but there is also an online editor that allows to load user created scenarios.

59 Studio kept updating Five Ordeals and its dungeon creation system until 2013, while both of its titles made it to iOS and Android, but there has been no new game by the developer since 2006. 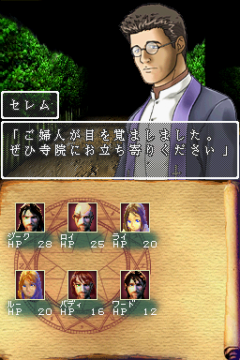 Starfish returned for a final contribution to the franchise, which is also very similar to Wizardry VII, aside from the anime style supporting characters with lots of text. It doesn’t have all the anthropomorphic D.W. Bradley races, but at least there are fariy (sic), werebeasts and dragonneo (sic). 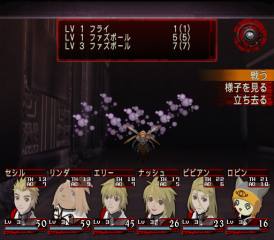 Michaelsoft’s Wizardry Xth has to be the most anime-fied and weirdest part of the Japanese Wizardry heritage, and not only because of its cryptic title. Academy of Frontierand Unlimited Students by Michaelsoft take place in some futuristic adventurer school, and the dungeons are all supposed to be virtual reality environments.

The Wizardry Xth games were directed by Motoya Ataka, who had already been in charge of some of the Empire titles at Starfish. He later took his “Team Muramasa” to found the company Experience, whose Generation Xth series for Windows PCs is very much a spiritual continuation of their works at Michaelsoft. The developer also has a few other dungeon crawler series running, and with Demon Gaze on the PS Vita, one of them even made it to Western markets.

The Class of Heroes games for PSP also have a curious connection to Wizardry Xth. The first one is little more than a rebranded port of Wizardry Xth 2, even though it was developed by another company named Zerodiv. The publisher was Acquire, who also obtained the Wizardry license around that time, but the reasons and circumstances how this transition came to be is unknown. Zerodiv officially got in the Wizardry boat later with the PlayStation 3 Renaissance titles. 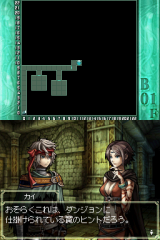 In November 2006, the Wizardry brand was bought up wholesale by the Japanese company Aeria IPM. (The rights for the first five games remain with Sir-Tech, though.) After almost two years of no new releases, its subsidiary Acquire started a big “Wizardry Renaissance” campaign to bring back the series from its sleep in 2009. The following three years saw the release of Prisoners of the Lost City and Labyrinth of Lost Souls by Zerodiv as downloads for PlayStation 3, while Genterprise contributed Pledge of Life and Boukyaku no Isan (for once there doesn’t seem to exist an official translation of the subtitle, but it translates to “Heritage of Oblivion”) for the NDS, developed by Suzak. The crowning title was supposed to be the online game by Headlock/Gamepot, which is covered in detail on the following page.

All of these titles use a shared fantasy world laid out by Keishi Iwahara. It is still quite similar in tone to the original games, even though hobbits are replaced by the even tinier porkul, and gnomes have horns for some reason. The Felpurr from the Bradley games show up as well, though they have been redesigned as more humanlike fetish bait. The games range from traditional free-form dungeon crawls to story-focused titles with a fixed adventurer party of anime kids. There are also a number of mobile titles that fall into this continuity.