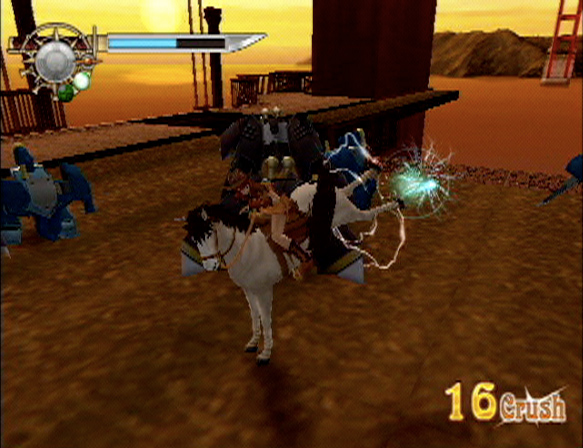 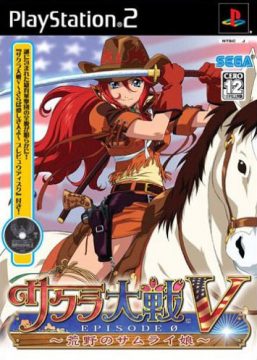 Released in September of 2004, this was the first glimpse fans had of the new setting and cast for Sakura Taisen V. The outlook was not so good. It is generally regarded as a terrible game, and for good reason. The premise is that just before the events of STV, Gemini set out from her home state of Texas to find her destiny in New York, under orders from her mysterious mentor. What follows is a series of jokes about how the klutzy ditz has a miserable sense of direction and ends up in San Francisco instead. She gets wrapped up in trying to protect a girl named Juanita from the antagonists as they make their way across the USA to New York. All this takes place on a curiously botched map, where Illinois is in Missouri and Tennessee is in Minnesota. 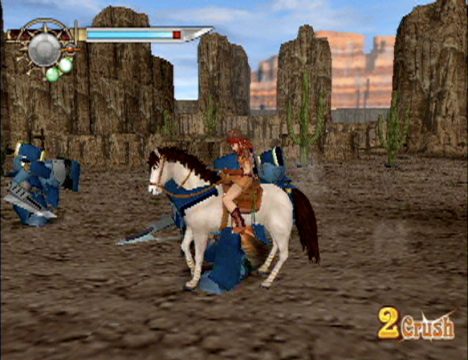 The primary gameplay is combat action, controlling Gemini on her trusty horse Rally, as she fights her way through robot enemies with her katana. That is to say, she gets stuck on geometry, tries to convince the camera to face the right direction, and falls in a pit. It seems that trying to do horseback combat right was a poor choice for the first-ever action title in the franchise. Rally’s movements almost never feel natural, and it’s downright infuriating to try to get moving in the right direction and accurately swing your sword without bumping into something or getting hit by an enemy or a boulder and thus losing your momentum. The 3D environments are drab, dark, and boring, which isn’t helped by how many events take place at dusk or at night. Most battles are a matter of muddling your way toward the newest batch of enemies to appear, then mashing the attack button and listening to Gemini make the same “Yah! Yah! Heyyah!” combo ad nauseum until they are all dead. It also feels pretty stupid to fight robots with a sword on horseback.