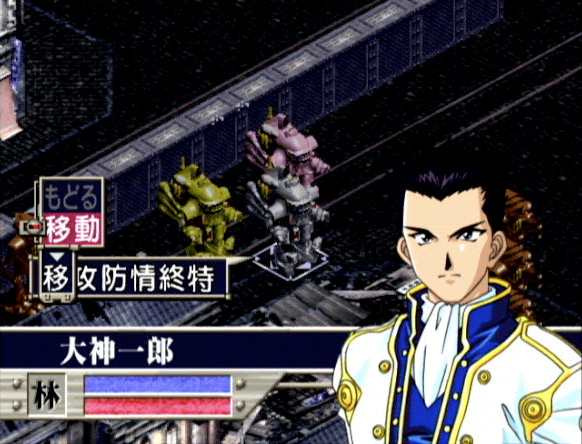 This much-anticipated sequel was released for Saturn in April of 1998. It remains the breakout hit of the series, selling over half a million copies – this also makes it the #2 best-selling gal game title of all time, behind Tokimeki Memorial. The limited edition came with a thick pamphlet and a poster. It began the tradition of using a historical, poetic quotation as a subtitle; this time being Kimi, Shinitamou Koto Nakare (“Beloved, You Must Not Die”) – from a controversial wartime poem by Akiko Yosano.

The biggest addition to the game, of course, is the expanded cast of heroines. Two new arrivals, Italian prodigy Orihime Soletta, and German girl Reni Milchstrasse, have joined the Imperial Revue. Ohgami returns to the theater from a one-year deployment aboard a Navy ship, and finds most of the Flower Troupe away on various business. Eventually the Black Nest Society are found to be at it again, and the now nine-member Flower Troupe is called upon to save the capital once more. 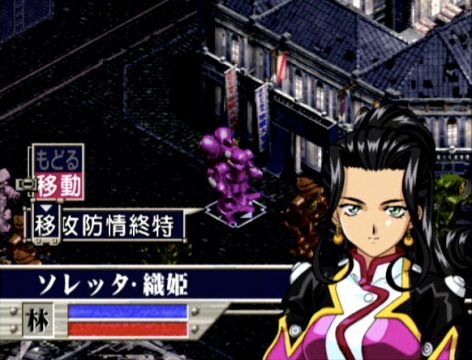 The game systems here are a refinement upon the formulas introduced in ST1. The original LIPS types are back, plus several new types. In one, you need to facilitate a touchy conversation between several characters on- screen. This generally involves clicking randomly back and forth between them until the situation is worked out, or until you fall asleep at the controller, whichever comes first. Another type changes up the answers on you halfway through the time limit, which can sometimes help you or harm you. Still another gives an overarching time limit that counts down while you deal with several individual time-limited LIPS choices. The biggest change to LIPS is the personality gauge, which uses colors to track the kind of answers that you give to your troupe in LIPS decisions, recording whether you are a gentle or strict leader. Different characters prefer for Ohgami to behave in different ways, so the meter affects the way various scenes play out throughout the game.

Such added details permeate the game, reflecting a sense of confidence and joy on the part of the creators, as if they are certain that they are onto something. 3D-animated cherry blossom petals blow past. Characters get a huge range of expressive poses and portraits. Each heroine has a new, third costume in her wardrobe. In combat, the active character shows a full, high-res bust, broken out of the UI, rather than a tiny portrait. The Koubu have been upgraded to the Koubu-Kai (“warrior of light, revised”), which are slightly bigger and more badass versions of the original mecha units. At the turning point, these are further upgraded to the Tenbu (“warrior of heaven”). Though your units are still represented by sprites in battle, whenever you execute a special move, you’ll be treated to a polygonal model of the Koubu performing its ability.

The scale of the game has been expanded lengthwise, too, occupying three discs versus the previous game’s two. This even includes a classic hot springs vacation, just like any harem anime is obliged to, driving home the long, leisurely pace of the whole adventure. Furthermore, save data from Sakura Taisen can be imported, unlocking certain scenes and allowing you to continue the relationship you have already cultivated thus far. 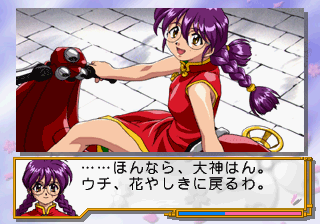 Sakura Taisen 2 was released for the Dreamcast in 2000, during the lead-up to Sakura Taisen 3. It included a special preview disc for the sequel, still six months off at that point. It contains all of the enhancements that were in the DC port of the previous game, including nicer looking cinemas and higher resolution graphics. The limited edition contained a pink Puru Puru Pack, the Dreamcast’s force-feedback unit, which slotted into the controller nicely below the pink VMU from the first game’s Dreamcast limited edition. Animations appear on the VMU screen at certain moments, such as when you earn trust points during adventure sections or perform deathblows during combat scenes. This version was also ported to Windows.

Of course, as was mentioned earlier in this section, Sakura Taisen 2 was also bundled with its predecessor and released for the PSP in 2005.