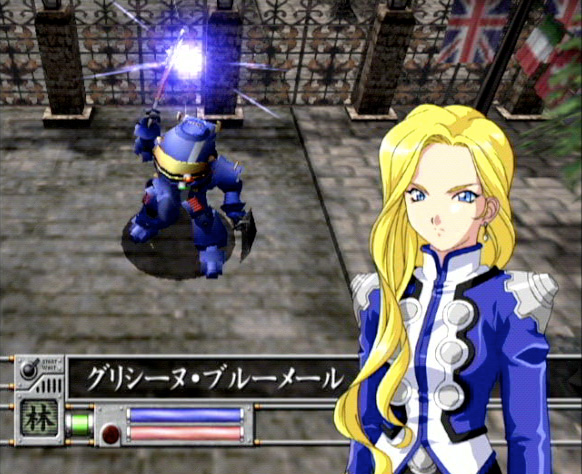 The first Sakura Taisen title developed specifically for Dreamcast, Sakura Taisen 3 was released on March 22, 2001. The limited edition came in two different versions: one with a music box, and one with a VMU styled like a “Kinematron”— the mobile communication device introduced in the game. The subtitle, Pari wa Moeteiru ka, “Is Paris Burning”, anachronistically recalls Hitler’s famous, possibly-apocryphal question upon hearing of the liberation of Paris during WWII. Sakura Taisen 3 could very well be the world’s only romance/robot video game named after a Hitler quotation.

Where Sakura Taisen 2 added detail on top of the foundation created by the first game, Sakura Taisen 3 started over from the ground up. The whole setting, the characters, the combat system, every bit of UI – it was all recreated to take advantage of the next-generation Dreamcast system and build an experience that felt brand-new and yet welcoming to Sakura Taisen fans.

Sakura Taisen 3 has Ohgami assigned to the newly-formed Paris Kagekidan – the European counterpart to the Teikoku Kagekidan – and their front, the Chattes Noires theater. This plunges him into a totally unfamiliar setting, populated by unknown characters, in an exotic and new culture (doubly-layered for non-Japanese players). This serves as an excuse to have a whole new set of people to get to know, making for a fresh experience. The French aesthetic is carried throughout the game, with Art Nouveau UI elements, French folk and classical and stage musical styles, and the cancan flavor of the Chattes Noires performances. 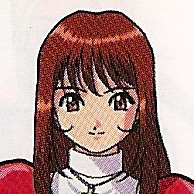 The main heroine of the Paris cast, and as such a counterpart to Sakura. She is a cheerful, manic, and klutzy nun-in-training. There is a running gag made of her habit of pulling her twin machine guns, Gabriel and Raphael, out from under her skirt and waving them around at the slightest sign of trouble. Her piety and religious theme connect to an angelic, miraculous aesthetic to her attacks in combat. She pilots a red Kōbu-F with a cross-shaped machine gun. 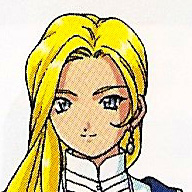 A member of the French nobility, with Viking ancestry. Proud and serious, she is a sort of cold counterpart to Sumire and Orihime. She is skilled with the halberd and is known to threaten people with it when they cross her. She has a stage persona, Blue Eye, whose true identity is kept secret from the theater patrons. She pilots a blue Kōbu-F with a battle axe. 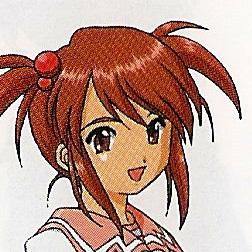 An orphan from Vietnam, and a member of a traveling circus. As a precocious young child, she is a sort of counterpart to Iris and Reni. Her demeanor is almost invariably cheerful, and she treats Ohgami very familiarly, calling him by his first name “Ichirou”. She has a way with animals, and especially loves cats. She pilots a peach Kōbu-F, decorated with a cat motif, with weaponized musical horns. 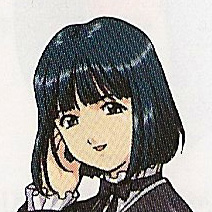 Daughter of a noble Japanese family with a bit of French blood. While her appearance is Japanese, and she has learned many traditional Japanese arts such as kyuudou, she has spent most of her life abroad and is unfamiliar with what Japan is truly like. Her fiancé died in a wreck of the ship where their wedding was taking place, and she continues to mourn him. Her personality is deferential and timid, and she has a barely-audible style of speaking. She pilots a black Kōbu-F with a crossbow. 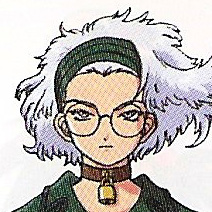 A bit of an odd heroine for the Sakura Taisen series, in that she is, well, evil. She is a notorious criminal from Transylvania, Romania, who uses her spiritual power to steal valuable items around Paris. Ohgami and Erica are sent to the prison to recruit her to the Flower Troupe for her remarkable powers, with the understanding that if she disobeys her orders then she is to be beheaded. She acts aloof and self-serving, and tries to get away with anything she can. Her cracked glasses are a pretty unusual accessory in a medium where spectacles almost always indicate bookishness. She pilots a green Kōbu-F with a claw. 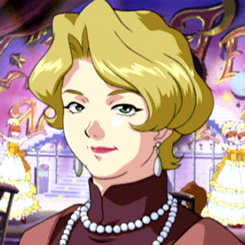 Commander of the Paris Assault Troupe and owner of the Chattes Noires Theater. She is the widow of a count, who fell in love with her despite her originally low status as a mere performer. Now she is seen as a respected member of the Paris community, and carries quite a bit of clout. She’s rarely seen without her cat Napoleon.

These two French maids serve a similar purpose to the Wind Troupe at the Teigeki. At the theater they do administrative work, and in battle they provide logistical support. Their names are pretty stunningly elementary: Raison means reason, Caprice means whimsy, and together their first names spell merci, “thank you”. (This “just pick whatever” naming style would come back in earnest for STV.) 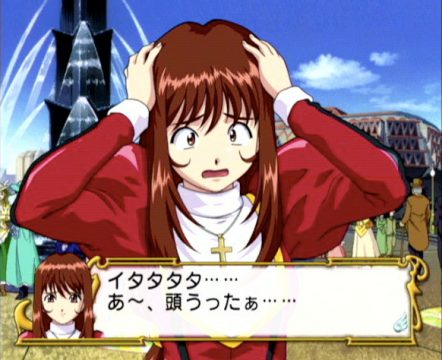 Combat occurs in the brand-new ARMS (Active & Realtime Machine System), which does away with the isometric grid. Instead, on a unit’s turn it can run around the 3D map freely within the range allotted to it, and can precisely rotate the attack area to encompass its targets. Instead of being allotted just two actions per turn, each unit has a number of action points that they can spend on various actions.

Similar to the improved combat system, this game brings a revamped experience across the board, with the high resolution, full-frame art making a huge impact and causing the earlier games to feel cramped and quaint. The free-roaming sections of the adventure part now take place not just around the theater, but all over the city. The Long Day mode includes a multi-stage, progressively-unfolding 3D casino super-minigame featuring poker, blackjack, roulette, and slots, in which you can earn coins to unlock more content.  The result of all this makes clear the generational leap from Saturn (and Saturn ports) to Dreamcast. 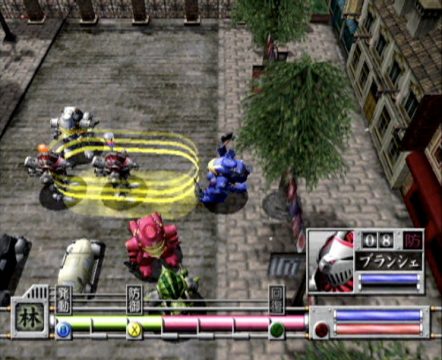 Speaking of which, all of the Dreamcast hardware gimmicks are put to use. A new LIPS type requires you to use the analog stick to indicate not just what to say, but how strongly to say it – speaking not too timidly nor too forcefully for the circumstance. While plugged into the controller, your VMU represents the mobile Kinematron communication device, which occasionally beeps and scrolls important messages from other characters at you. And if you have an infinite supply of CR2032 batteries, there is a dating minigame that you can download to the VMU for portable play. Rounding out the gimmickry, Sakura Taisen 3 introduced downloadable content to the series, with several self-contained scenes available for purchase on Sega’s nascent online service. This content was eventually also made available on the bonus disc that came with Sakura Taisen 4, presumably because 2001-era players were not yet ready to accept the existence of game content that required connecting to the Internet and paying extra money.