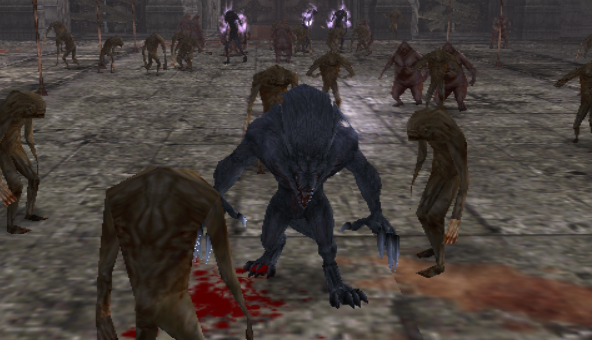 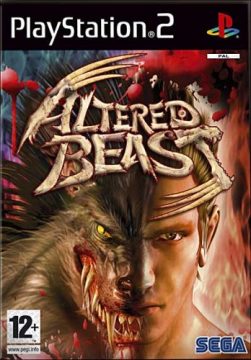 Around 2003, Sega started re-imagining many of their old arcade games using 3D graphics, and publishing them on the PS2. The company decided that Altered Beast was worthy of a new game, and so it received a full blown sequel. It also just so happens to be one of the worst action games on the system. 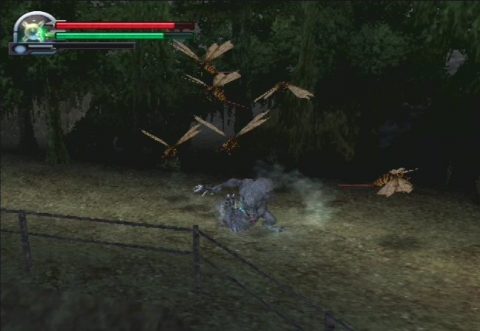 The story has moved from ancient Greece to modern day America, where a weird “genome mist” is polluting the air. Only you can save the day – a “Genome-Cyborg” super soldier named Luke Custer, who is able to morph into all kinds of beasts using the power of science. In the beginning you can only turn into a werewolf (with a dash attack and a spinning jump). Later in the game you gain the power of the merman, which results in way too many tedious underwater segments. In addition there’s Wendigo, a glorified yeti; Garuda, an eagle-like being said to be the mount of Vishnu; Minotaur, which is self explanatory; U.W.H., an alien or “Unidentified Weightless Human”, that lets you flip gravity; plus a Dragon, Grizzly, and Weretiger.

When you’re in human form, you’re practically defenseless, so it’s in your best interest to keep the green power meter up so you can stay transformed. Luckily, the energy it needs can be harvested from every enemy, either by killing them or jamming your fist into their body and sucking the goo out. This is all easier said than done, because Project Altered Beast has a terribly designed brawling system. You can’t lock-on to enemies, and the process of merely hitting an enemy is far more difficult than it should be. Sure, you can upgrade your monsters and gain more combos, but you’re mostly just jamming buttons and hoping they don’t drain too much of your health. Even the camera is nearly impossible to tame. 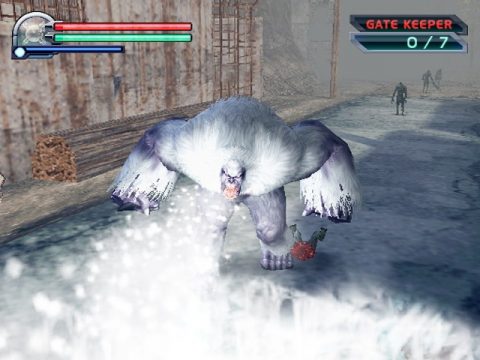 The graphics are dark and murky, and while they set the mood, they’re still horrendously ugly. The only semi-remarkable aspect of the game is the overly grotesque transformation scenes. Every time you transform, you’re “treated” to a movie scene of your character’s limbs twisting and his flesh falling off, while his eyes burst and head practically explodes, as the body of the chosen beast takes him over completely.

In addition to this, there’s an extreme amount of violence, as blood flies and stains itself on the screen – which, combined with the English voice acting, makes it seem like Project Altered Beast was intended for a Western audience. While it was released in Japan and Europe, someone sensible decided not to bring the game to America. 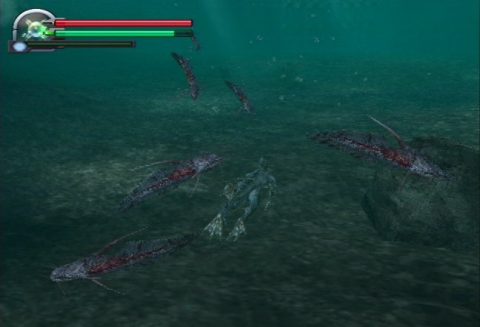