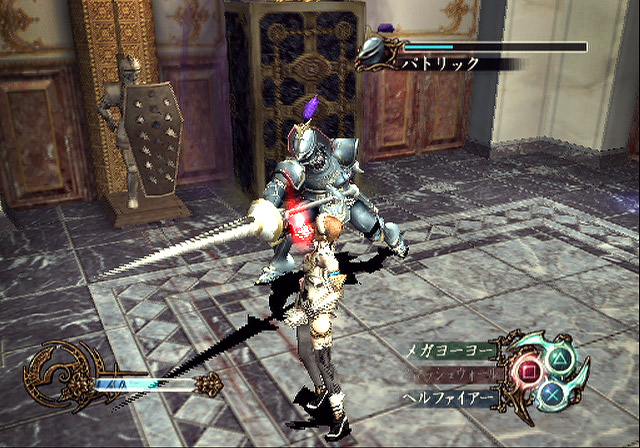 When the Deception series came to the PS2, Tecmo Japan decided to tie it to the fan-favorite of the PlayStation trilogy, Kagero: Deception II. The fourth title, originally dubbed Kagero II: Dark Illusion, is considered a direct sequel, although it has little to do with Deception II. Tecmo USA must not have liked that title, and decided tying it to the earlier Deception games wouldn’t get the game enough notice, so they gave it a totally different title that happens the share the same name as some metal band. 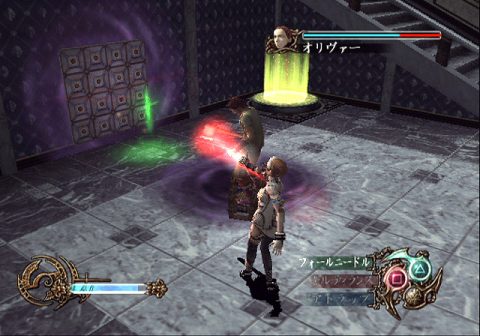 Stupid title aside, Trapt is by far the best looking game in the series, though as far as gameplay and plot, it’s really no different than the rest. In fact, the plot (or what passes for it) is just as forgettable as the rest of the series’ storylines, if not more so. Princess Allura (originally Alicia, even referred to as such in the untranslated voice acting) is the eventual heir to her kingdom, dubbed Fronenburg, somewhere in medieval Europe. One day, her elderly father is murdered by an assassin, hired by Allure’s stepmother, who wishes to take over the throne. Since no one ever notices these things, the Queen blames the murder on Allura, and succeeds in framing her. Allura then flees into the forest with her maid, Rachel, and eventually gains the power of the Devil to kill people with elaborate traps.

The newest female protagonist. The Princess of her kingdom, framed for the murder of her father, King Olaf. She eventually becomes possessed by everyone’s favorite trap-summoning devil and goes on to kill lots and lots of people.

Allura’s maid. She at first escorts her away from the castle and saves her life, but eventually it’s revealed that there’s a lot more to her than just another housekeeper.

Allura’s crazy stepmother, who kills the king just to rule the kingdom, eventually bringing hell down on it.

It wouldn’t be a sequel to Kagero without the original killing machine, would it? Millennia appears in the very late game as a silent boss. There’s no real explanation for her appearance. She’s just there, using Allura’s traps against her, making for quite a tough boss fight. 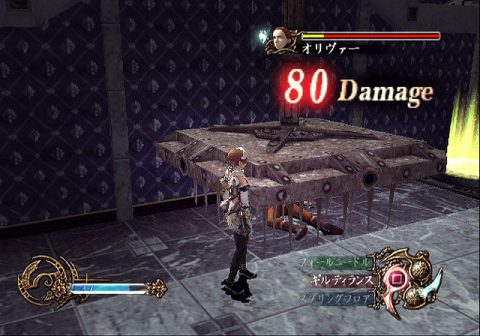 In Deception tradition, there’s a lot more characters introduced along the way, but it doesn’t matter a whole lot, as almost all of them will be brutally killed before long.

Not long after leaving the castle, Allura’s possession gives her the power to summon and conjure traps from inside most areas, which allows her to kill anyone who crosses her with ease. Trapt doesn’t reinvent the wheel either. The controls function exactly the same as in the older games, just with more polish. The graphics are obviously improved, although they’re certainly not the best the PlayStation 2 has ever seen. But the framerate is much smoother than the PS1 games, at least.

Trapt does add one new mechanic, in a sense, and one that’s a lot of fun to pull off. These are called Dark Illusion traps. By triggering an assortment of switches in a given room and luring a victim into a key spot, an elaborate cutscene trap will start up, killing the target in especially brutal fashion, even for this series. Although there’s plenty of blood, the models always remain intact, so don’t expect to see limbs and internal organs flying around after the killings. The trap construction feature introduced in Deception III is gone, returning to the more straightforward trap sets from the second game. 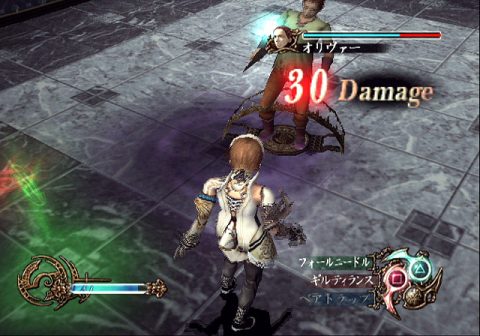 The localization of Trapt was lazy at best. The game has no English voiceover, and the subtitles are fraught with typos and grammatical errors. Though Tecmo USA didn’t completely ignore the series origins, as when Trapt‘s endgame finally ties itself into Deception II, they reference the older game’s plot elements such as the Timenoids and what not. The connections are tenuous at best, and don’t make very much sense. Suffice it to say, the finale suddenly reveals that certain characters are somehow tied to Deception II‘s, not bothering to explain why or how, just deluging the player in expository text. It also has multiple endings. In series tradition, they’re all messed up.

Still, it’s Deception. You don’t really play the games for an epic storyline, just for a good excuse to kill lots of people. In that, the final game in the series continues to deliver.

Thanks to Ace Whatever for pointing out some of the easter eggs and references.