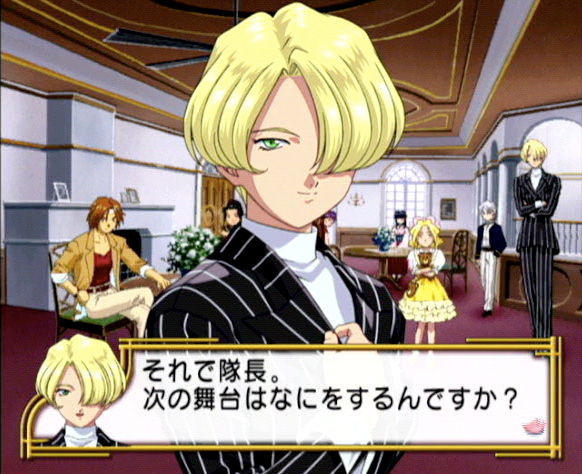 This is an odd one. When the word came down that Sega was discontinuing the Dreamcast, what was originally intended to be another full-fledged ST installment was hurriedly reworked into a sort of swan song for the series. Instead of the usual two-year development cycle, Sakura Taisen 4 was rushed out the door in ten months, and saw release on March 21, 2002. Instead of telling its story over the course of many anime-like episodes, it instead consists of one sprawling, bizarre chapter. The limited edition includes a cell phone strap with 16 metal attachments; one for each heroine, one for Ohgami, and one for each troupe logo.

Sakura Taisen 4 doesn’t contain a buildup to a false ending followed by a turning point and a glorious expansion of epicness, like previous games. Instead it piles on the fan service (of the more general character-endearment kind, not the titillating kind) throughout. The theme of the game is essentially how awesome Ohgami is, and by extension how awesome the player is. The characters of the Imperial Revue, clearly representing the developers, heap praise and gratitude on Ohgami, clearly representing the player. This, combined with the shockingly short play time, makes the game end up feeling like a sort of bonus-disc or coda, a thank-you and farewell to the fans. 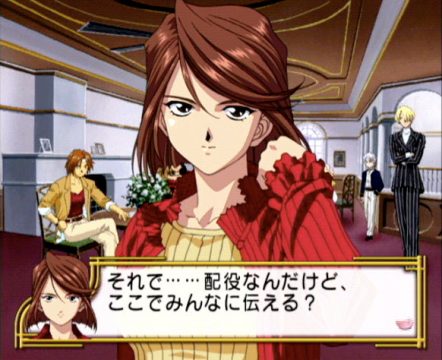 The setting is once again the imperial capital Tokyo, with the five pilots of the Paris Floral Assault Troupe joining the eight of the Imperial Floral Assault Troupe to form the (characteristic of ST4) ingratiatingly-named Ohgami Floral Assault Troupe. With a cast of thirteen heroines bouncing around, and a total of forty possible love triangle situations(because your save files from earlier games remember who you like in Tokyo and who you like in Paris), the game is short but extremely wide. Depending on who you pick between your two sweethearts, there is a special scene to cleanly resolve your relationship with the other. That reconciliation, combined with how chaste and platonic and oblique the portrayals of your relationships are anyway, successfully prevents Ohgami from looking like a slimy playboy. The final Koubu upgrade is to the Soubu (双武), “dual warrior” – a single overpowered mech piloted by Ohgami and your final heroine of choice, together. 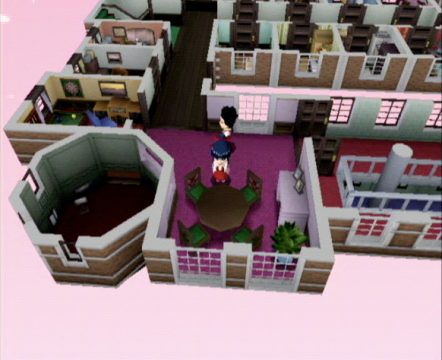 The running gag in the adventure parts is that the various heroines keep asking Ohgami his thoughts on marriage; they are actually asking because of the wedding scene in the production of Les Misérables they are rehearsing, but of course wacky misunderstandings ensue. Incidentally, in real life a musical stage version of Les Mis wasn’t put on until 1985 – a good example of the way ST plays fast and loose with history. The subtitle this time around, Koise yo Otome, “Maidens, Fall in Love”, comes from the chorus of the popular 1915 tune “The Gondola Song” by Isamu Yoshii.