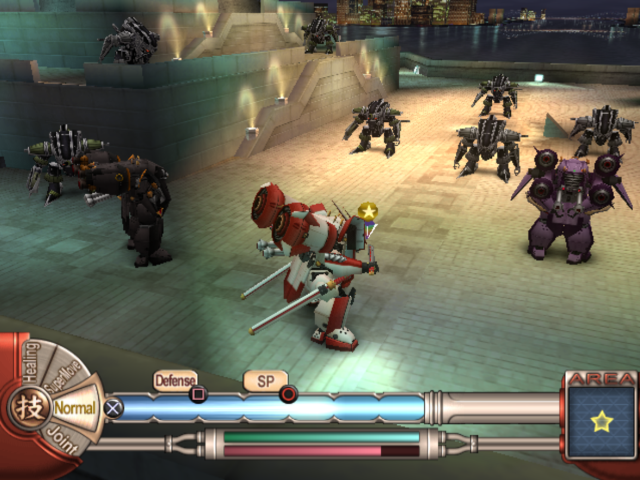 With Sakura Taisen 4 on the shelves and the Dreamcast project having given up the ghost, that could have been the end for Sakura Taisen. But Sega and Red had one more gambit to try, in the form of the Sakura Taisen World Project. This comprised a move of the series to the more-popular PlayStation 2 and an attempt to bring the series to an international audience. The project began with the remake Sakura Taisen: Atsuki Chishio Ni in 2003, and finally culminated with the brand-new Sakura Taisen V, released on July 7, 2007.

Considering how Sakura Taisen 4 pretty clearly wrapped up the storyline of Ohgami and the Imperial Revue, and especially the stepping-down of Sumire’s voice actress Michie Tomizawa, any new game would need to take on a completely different setting and cast. Thus, in keeping with the World Project theme, STV brings a new main character, Shinjirō Taiga, to the New York Floral Assault Troupe, and its front organization, the Little Lip Theater. The subtitle is Saraba Itoshiki Hito yo (さらば愛しき人よ), the Japanese-translated title of the 1940 American novel Farewell My Lovely. And the number in the title is always written with the Roman numeral V, rather than the Arabic numbering of the previous games, slightly distancing it from the main Ohgami storyline and also evoking the word victory. Another difference: instead of being named for flowers, the heroines are named for stars or constellations. 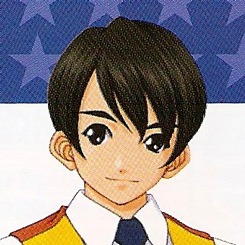 Ohgami’s nephew. He is a bit less of a man’s man, and has less military experience than Ohgami, so his arrival in New York is originally met with disappointment. His samurai spirit, and his actually quite impressive spiritual power, allow him to become the leader of the troupe when Ratchet is rendered incapable. He is enough of a bishounen (pretty-boy) type character to appear on stage in convincing drag. 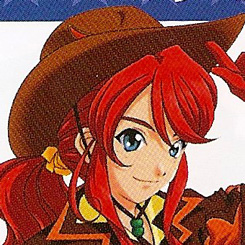 The main heroine of STV, a stereotypical Western cowgirl with a thing for Japanese culture. She takes every opportunity to grill Shinjirō on the details of what life is really like in Japan, and about the samurai way. She has a case of rather outrageous multiple personality disorder which causes her to occasionally unknowingly become a sort of vigilante masked superhero. Her scatterbrain tendencies are even more severe than Erica’s, with an extreme example being her leaving Texas to set out for New York, only to end up in San Francisco. She pilots a red Star with a katana. 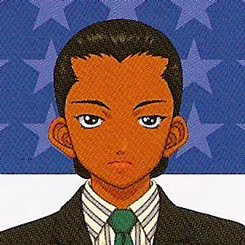 Harlem motorcycle gang leader turned successful lawyer. She fills the role of a Maria type, being older, wiser, and more serious than the rest of the troupe. In almost every situation, she relies upon the guidance of the law, and does what she can to follow it to the letter. While she puts on a cool exterior, she of course does have a softer side. She pilots a black Star with a chain… claw… thing. 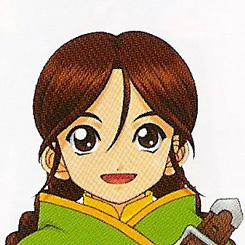 A boisterous young bounty hunter from Mexico. She fulfills the role of a sort of Coquelicot type, with guns. She tends to be bright and cheerful, and is almost singularly fixated on food. She pilots a green Star with twin pistols. 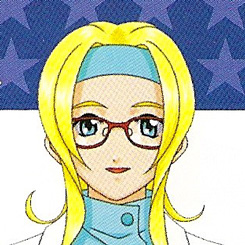 A gentle, kind, nurturing resident doctor. Her body is weak, keeping her in a wheelchair most of the time, but her spiritual power is intensely strong. It is expected that she does not have long to live, giving her a quiet melancholy similar to Hanabi’s. She has a way with nature, maintains a rapport with plants and small animals, and is vegetarian. She pilots a blue Star with… syringes. 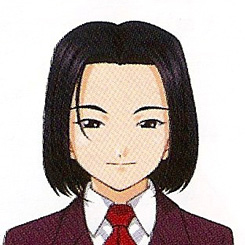 Relative of the Japanese Imperial family, and an adept at traditional Japanese dance. Taking the androgynous-character template of Reni a step further, Subaru’s gender and age remain unknown throughout the game. Has a somewhat knowing, superior attitude. Was a member of the experimental Star Troupe in Europe, and so is acquainted with Reni and Orihime. Pilots a purple Star with bladed Japanese fans. Is hard to write about without using gendered pronouns. 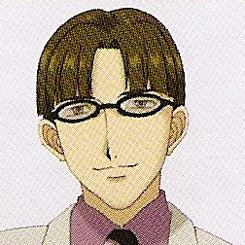 Commander of the New York Assault Troupe and owner of the Little Lip Theater. He is one of the richest men in the world, and maintains a palatial residence in Central Park. His motivations are based not on right and wrong, but on maximizing entertainment value. 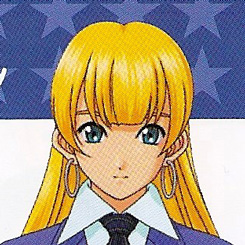 Originally the captain of the experimental European Star Troupe project that Reni and Orihime participated in. At the beginning of STV, she is the captain of the New York Star Troupe, a role which Taiga eventually takes up. She originally appeared in the Sakura Taisen movie, during a stint at the Teigeki between her European and American assignments. In STV she serves as a sort of mentor and representative of the Sakura Taisen legacy, passing on wisdom from the previous games’ troupes. 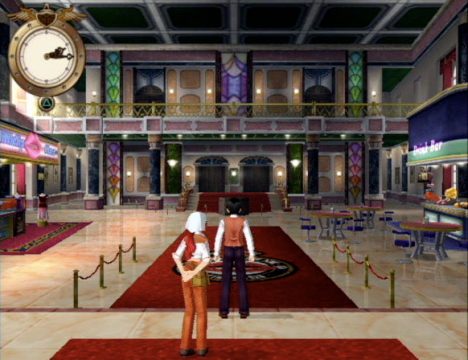 Sakura Taisen V is essentially a new game based on the Atsuki Chishio Ni technology, with the addition of air combat. The Star units can transform into jet mode, allowing them to take to the sky for key battles. This is novel but ultimately not significantly more exciting or deeper than the ground battles. It’s mainly an experience of rotating in a fixed circle around the area, then choosing an attack and watching an overly-sensational animation of it. In the end, the air battles actually feel more constricting than the ground battles, because they don’t provide a sense of moving around and getting into advantageous positions.

The attempt to reboot the entire setting and cast at once is… surprisingly effective, but still lacking the magic of the Ohgami storyline. With 13 heroines already represented in the franchise, it must have been difficult introduce five new ones that didn’t overlap with the existing personalities. For an American player, the outrageously stereotypical characters and setting are partially amusing and partially off-putting.

With this being the only game of the franchise to be officially localized into English, it is likely to be the only game accessible to most non-Japanese fans. The English localization changed quite a few names (Sagiitta → Cheiron, Rikaritta → Rosarita) but the PS2 edition smartly included a Japanese-audio disc that kept the original names intact and let fans avoid an otherwise experience-squelching dub. Ultimately it is a good taste of what Sakura Taisen is all about, but not as captivating as the first four. It stands apart, as a sort of earnest diorama of the mainline series. Unfortunately, the game bombed heavily upon release, practically sealing the fate of any future entries released in North America.