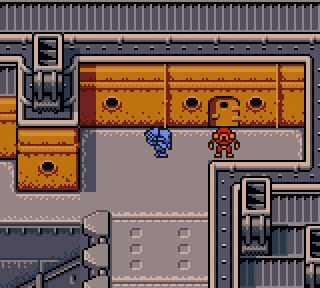 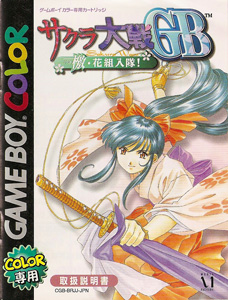 Released for Game Boy Color in July of 2000, this game came in a huge variety of different packs. The series was still riding high on the success of ST2, and on the anticipation of ST3. The convenience store Lawson carried a different pack for each of the six original heroines, including a pin and a cell phone strap of that character. The Premium Pack included a T-shirt. The Pocket Sakura pack included a self-contained Tamagotchiesque mini-game, which included a pedometer, and could upload walking progress back to ST GB. And the Game Boy Color pack included a transparent pink Game Boy Color, with a Sakura Taisen motif.

The idea of the game itself is that you are recruited to lead the Flower Troupe for one month, participating in combat practice and doing night watch duty. This means playing a menu-based combat system and primitive LIPS events with the cast. This is one of few ST games where you don’t play as Ohgami; instead you are yourself, and you actually interact with Ohgami during your month of training. The driving goal, in dating-sim fashion, is to manage how you spend your time in order to keep up your various stats: strength, intelligence, spirit, courage, speed, and dexterity. For a Game Boy Color title, the production values are stunningly good. The graphics and music are excellent. 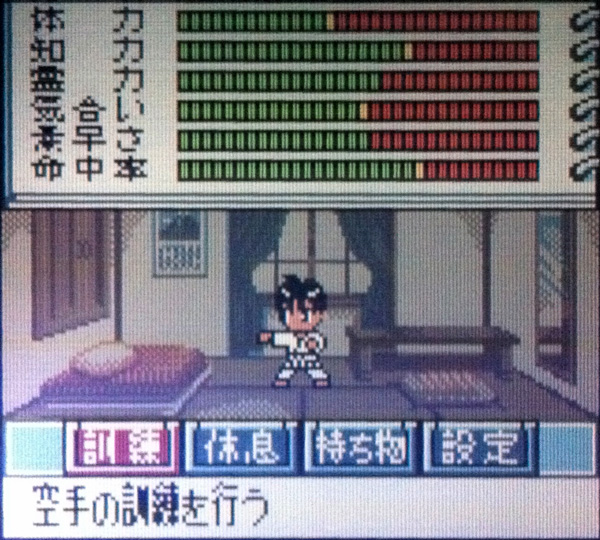 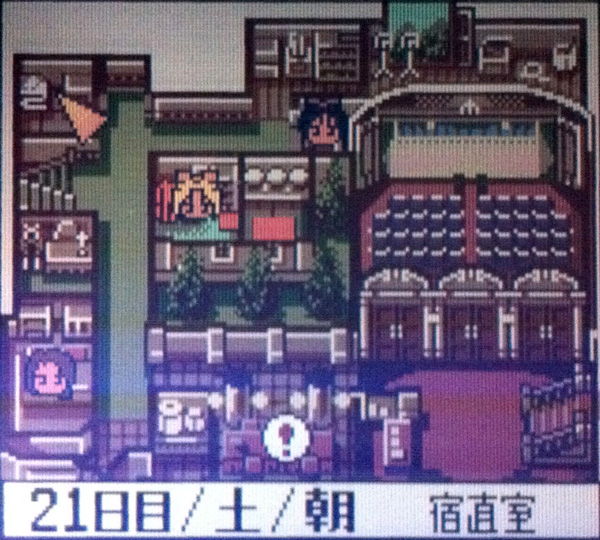 Roaming the theater for events. 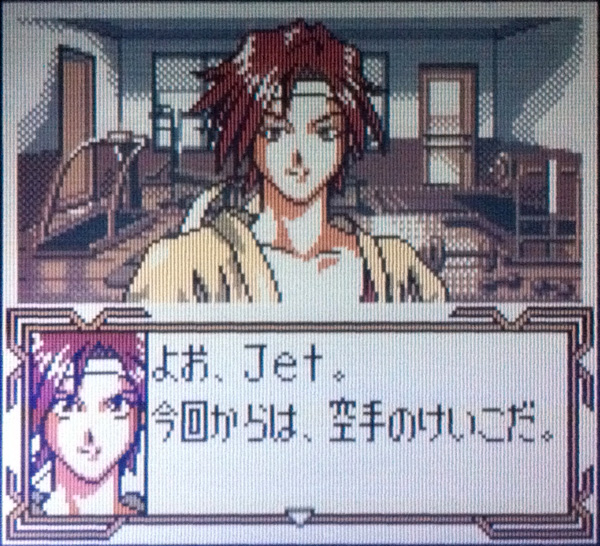 Meeting Kanna in the gym. 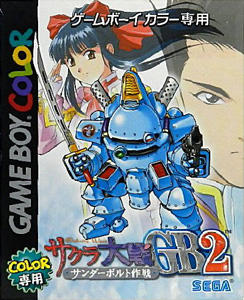 Released in December of 2001, this was another Game Boy Color game in which you portray a temporary guest member of the Flower Troupe. It’s basically a dungeon-crawling RPG in the vein of early Final Fantasy titles, with some Sakura Taisen touches such as, of course, LIPS events. Each chapter has you wandering a map in a Kōbu with one of the Sakura Taisen 2 heroines, looking for items and getting in random turn-based battles. The variety of actions you have to choose from in combat is pretty impressive for a game of this sort; each unit has melee, ranged, special, and deathblow attacks. The graphics are once again amazing for the Game Boy Color, especially in the adventure parts. The music is an impressive effort to capture the Sakura Taisen themes and atmosphere in chiptune form. 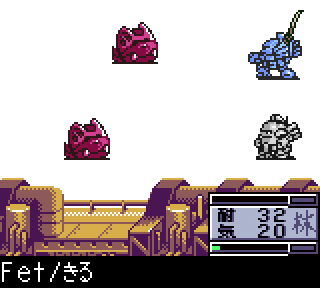 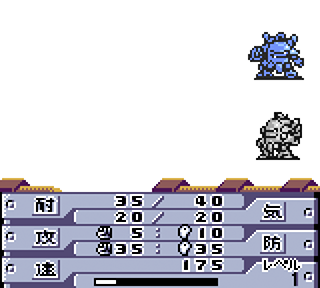 Leveling up after battle. 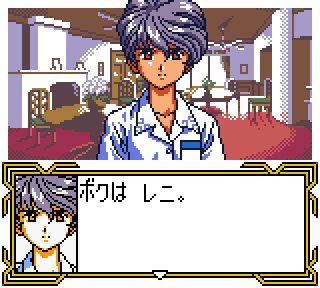