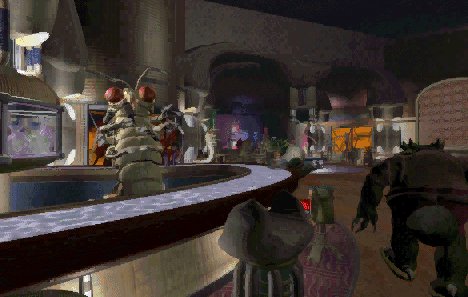 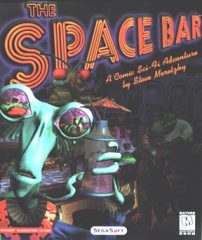 Designed and written by veteran text adventure game creator Steve Meretzky (Planetfall, The Hitchhiker’s Guide to the Galaxy), The Space Bar is a large, well-crafted adventure game with creative puzzles, an excellent story and a large cast of interesting characters. You play as Alias Node, an investigator working for an alien corporation. He is the only human on the planet, which is teeming with a wide variety of sentient life from across the universe. Node gets caught up in a mystery involving murder and espionage. While searching for answers in a seedy bar, the Thirsty Tentacle, his partner is kidnapped. Somewhere in the bar is the being he is looking for, but there’s only one problem: the alien is a shapeshifter, and could be posing as anyone. Fortunately, Alias possesses an empathic ability that allows him to relive the experiences of others, which aids him in finding the culprit. 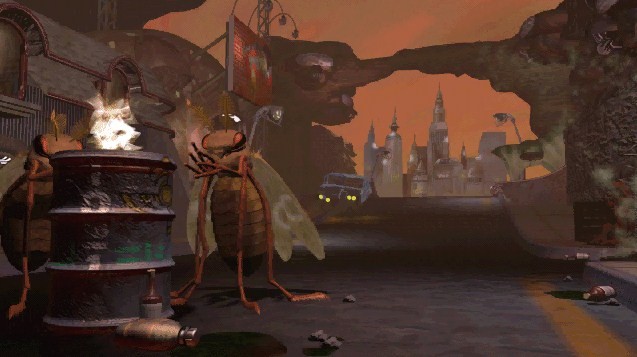 Like Callahan’s Crosstime Saloon, another adventure game set in a bar, the Thirsty Tentacle functions as a hub leading to multiple adventuring excursions. But instead of playing the same character in each of these sections, Alias uses his ability to work through the memories of the bar’s inhabitants. As the player, you explore the bar and interact with its dozens of aliens. Upon chatting with some aliens, you will trigger a mind meld with them. These short vignettes each play quite differently; for instance, when playing as insect-like soldier, you see the world through segmented eyes, and when you play as one of the living plants, you are rooted to the spot. 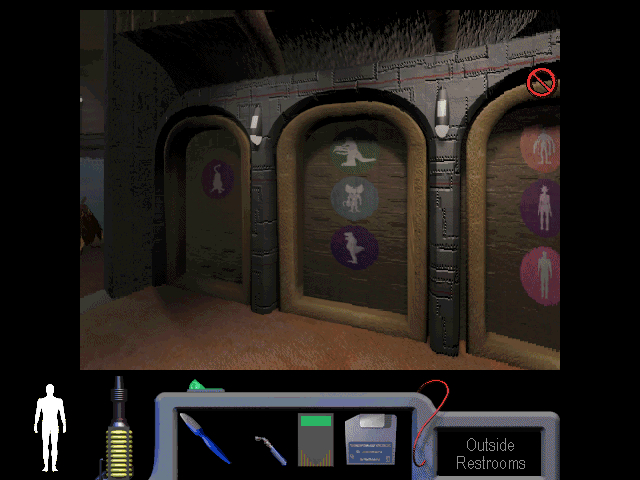 Actions taken in the bar itself are on a strict timer, with a four hour time limit. The clock advances by one minute each time you move locations. A few of the mind meld sections are also on such a schedule, but others allow you to take a leisurely pace. The timer gives the game a sense of urgency and allows the plot to advance in an interesting way, but adds an artificial difficulty in trying to complete the game – for instance, some interactions can be missed, and you lose if you haven’t made an arrest by the end of the night.

The game’s main story is intriguing, and there is a good possibility you will begin to care for the characters involved, especially Node’s kidnapped partner. The side stories add a layer of depth, and their unique nature keeps you on your toes. And the timed nature of the game makes keeping multiple saves a necessity, and there is always the chance that you will have to return to the beginning and make a more educated second attempt. 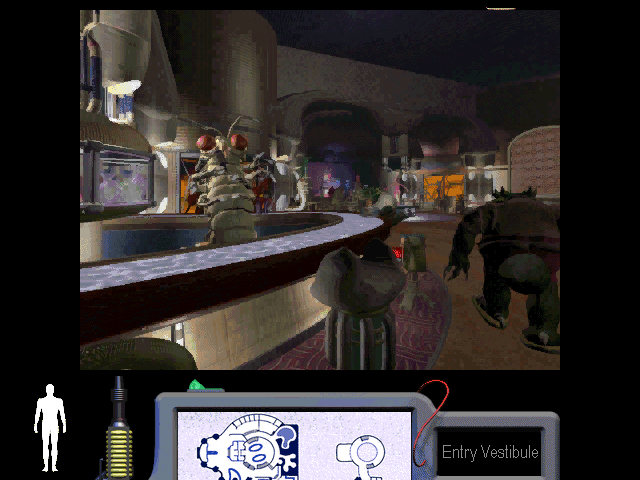 The visual design is absolutely first rate. The different alien species are bizarre and unique, including tentacled green creatures, robots, chittering bug people, and talking dinosaurs. Plenty of thought went into the different alien environments, each of which manages to have a personality of their own. It was explicitly designed to recall the Mos Eisley Cantina scene in Star Wars: A New Hope, and Boffo Games even recruited visual artist Ron Cobb, who originally worked on the films with George Lucas to lend to its authenticity. The soundtrack sounds like the score from Blade Runner, and it gives the feel of a good movie. The voice acting is also well done, giving life to an eclectic group of creatures, including a talking houseplant. 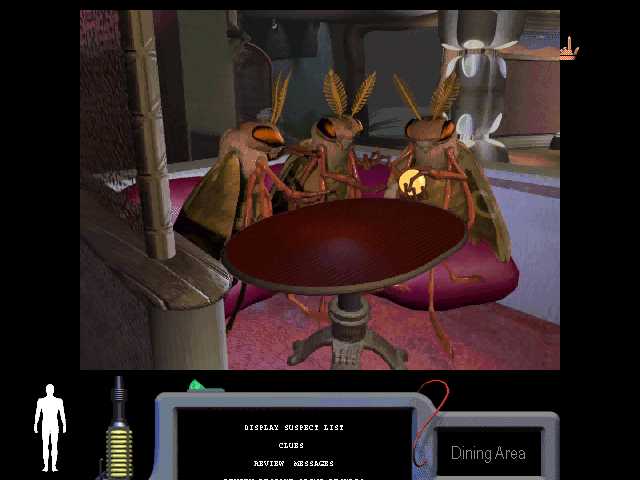 Each larger location is made up of several smaller areas where the player character stands on a fixed point but can turn 360 degrees to look around with a first-person perspective. This is similar to the use of pre-rendered areas in The Journeyman Project 3: Legacy of Time and Zork Nemesis, but is done using panoramic shots and a fisheye lens to simulate perspective. Each location is linked by a nice animated flythrough to represent moving place to place. 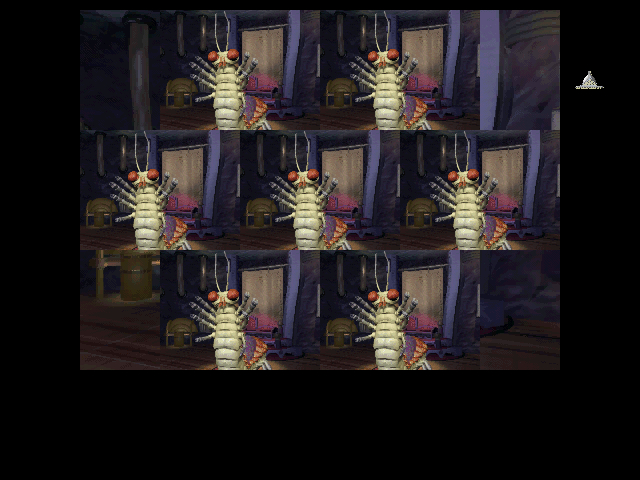 The interface is clean and straightforward, with a short list of appropriate options popping up when you click on an active person or object. Your character also carries a sentient computer that provides access to a map, your inventory, clues already gathered and more. The snarky computer also speaks with you concerning events in the game, providing background and hints. In your inventory, you carry investigative tools – tissue and audio samplers – that aid in your search. The puzzles are quite refreshing; they actually make sense. Trial and error are still necessary on occasion, but they do not need to be the primary method of progressing. There’s generally a strong sense of what needs to be accomplished and an inkling of how to make it happen. While they can be extremely complex and difficult, at least they are fair.

While its difficulty might be a turn off to some, and elements of its visual style may not have the same impact today as they did back in 1997, The Space Bar is perfect for those seasoned gamers looking for a game that is both challenging and well-produced.