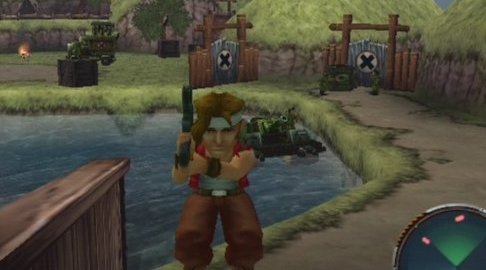 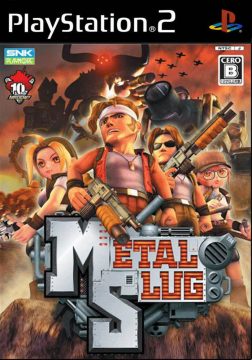 Pretty much everyone on the face of the planet, even those who’d never heard of SNK, cringed when the first footage of a 3D Metal Slug surfaced. It was a sham in principle – SNK had stood for quality 2D action for years, and here it was selling out? Many other long time series had made the jump to the third dimension, with varying results, but this one looked particularly awful. However, SNK proved they were competent with the release of The King of Fighters: Maximum Impact games, so gamers grew hopeful that they wouldn’t screw this one up. 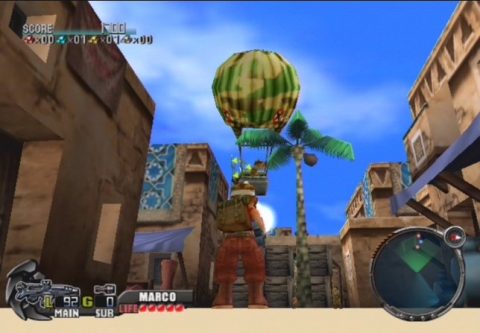 As it turns out, it’s not as bad as everyone expected – but it’s not great either. Simply titled “Metal Slug” (although it’s often known as “Metal Slug 3D”, “Metal Slug PS2”, or “Metal Slug: Evolution”), it was released to commemorate the 10th anniversary of the series.

While there’s always been a back story to the Metal Slug games, they’ve been mostly relegated to quick ingame cinemas or a brief mention in the manual. Here, almost every level is punctuated with a cutscene, telling some nonsense story about General Morden’s alliance with an evil corporation called Oguma. The biggest problem with these is that SNK tried to recreate the 2D artwork in 3D, and it just doesn’t work. Like Square-Enix’s similar attempt with the Romancing SaGa remake for the PS2, the characters are hugely out of proportion, with gigantic heads and tiny bodies, making them look like demented midgets. Despite having been released only in Japan, all of the voice acting is in English, so importers can understand the story, if they really want to bother with it. 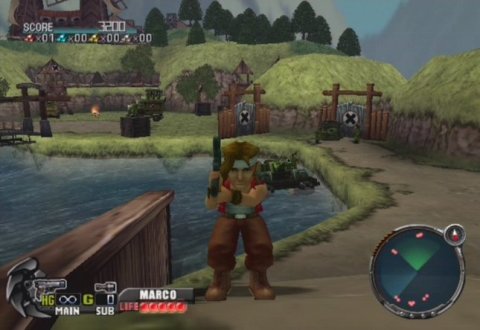 Like the portable games, you only get a life meter and one life, although there are several checkpoints throughout each level. Most of the weapons have an auto lock-on function, although some, like the rocket launcher, need to be aimed manually, which is nearly impossible. The controls actually do a pretty good job in emulating how Metal Slug should control in 3D, but it’s too slow-paced and the levels are too big and flat to convey the same sense of action. Additionally, controlling the actual Metal Slug is nearly impossible and basically not worth messing with. There’s a lot of unnecessarily customization, which has somehow become an action game tradition since Devil May Cry – each of the four characters has different skills that determine how well their lock-ons work, how well they pilot vehicles or how much life they have. By obtaining S ranks on the levels or gaining points, you can upgrade these stats. There’s also a ton of ways to customize the Metal Slug, but when it’s such a chore to use them, what’s the point? There are a few vehicle levels that takes place in a jet or submarine, which play like a 3D rail shooter similar to Panzer Dragoon. They’re not fantastic, but they’re relatively inoffensive. 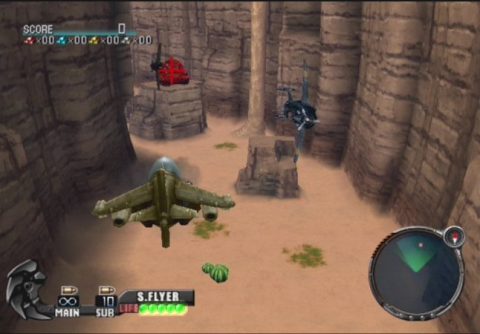 Many of the stages should look similar to Metal Slug vets – the calm European towns, the Arabian villages, the pyramids, and the ice stages – but it all looks looks very low budget and drab, a shameful contrast to the beautiful pixelwork of the 2D games. Plus for some reason, it eliminates the linearity of the old games by forcing you into certain areas until you’ve run around and killed all of the enemies. In fact, the whole game feels like a generic, Simple 2000-type action game with some Metal Slug characters stuck in. It’s not an unplayable game but it’s all very mediocre. Evidently, the SNK execs didn’t have much faith in it either, since it never left Japan, despite rumors of being picked up for European release. At least the music is once again awesome, done once again by Toshikazu Tanaka from Metal Slug 4 and 5. The only problem is that it sounds very muted in gameplay, which does a disservice to how excellent it is. 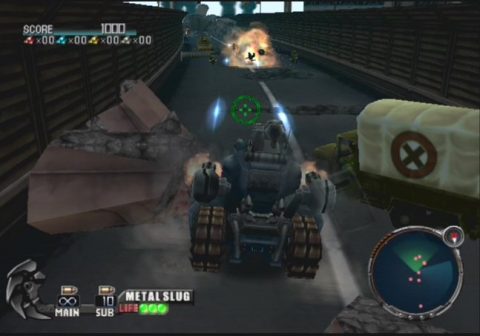