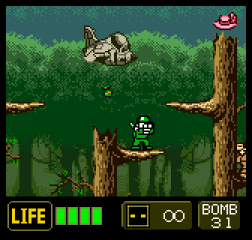 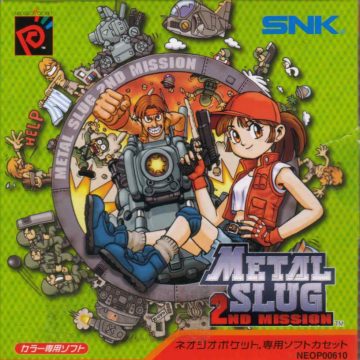 Metal Slug 2nd Mission takes all of the awesome parts of the first game and improves on all of them. You can play as two characters – a dude named Gimlet, and a gal named Red Eye – each with different weapon loadouts and slightly different levels, and the graphics have improved quite a bit. There’s also twice the number of stages, nearly forty in total. At the beginning of each stage, you can use your transceiver to call your friends to get info on the upcoming areas. You can also interrogate any of the hostages you’ve saved, although most just say things like “I’m not talking to a grunt like you!” Harsh. The options screen is set up like the Combat School from the home ports and even features Meg the instructor. 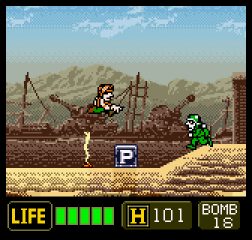 The music’s about the same, but there are now TONS of voices, including some amazing explosion sound effects. You also toss grenades by just hitting Option instead of switching between weapons – still awkward, but a bit easier. There are tons of new weapons, including the flame thrower and a spread gun. It’s the only game out of all of the Metal Slugs where the appearance of your character’s gun changes with different weapons. The levels are basically similar to the previous game, but now feature the aliens as the main bad guys. There’s also a save feature, which was sorely missing from the first NGPC title. This is an all around outstanding game – flawless victory.