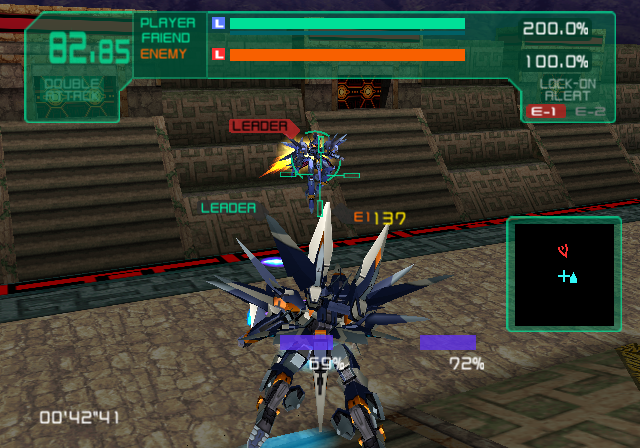 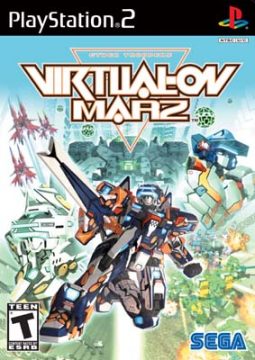 Sega tried to take the series in a different direction with Virtual On Marz, which is essentially a home port of Virtual On Force with a whole Story mode and lots of extra stuff. Unfortunately, the new direction doesn’t quite work out. The back cover about its massive amount of unlockable Virtuaroids – 40 in total – and swaggers onto your PS2 with bluster, depicting all kinds of neat stuff: an awesome CG scene with you and a mecha named Sgt. Hatter facing off against the legendary Z-Gradt on the surface of Mars, and the cool Gundam-launching sequences the series was known for.

Rather than implementing any revolutionary ideas through with some next-gen polish, you soon realize that the developers locked you into a barely competent third person shooter. Virtual On Marz deviates quite a bit from the standard formula. Much like Virtual On Force, there’s an arcade style mode featuring straightforward two on two matches. However, they also decided to tack a “story” onto it, remove the arena combat mentality, and turn it more of an action game. It’s an interesting idea, but it doesn’t quite work. 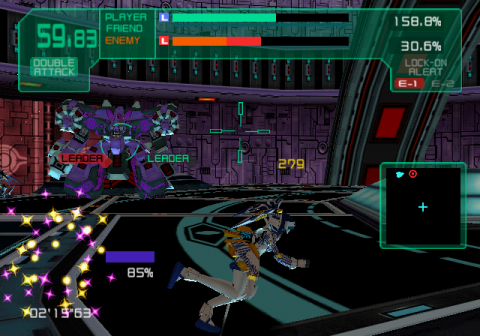 In most levels, you’re accompanied by a companion, who’s controlled by the computer. The object is simply to kill all of the enemies, and you’ll find yourself fighting against up to two other enemy mechs at the same time. These single player missions don’t even try to give you much variety. Granted, it’s still Virtual On, but I’d expect more in these day and age. The mission objectives never deviate from three types: “protect the convoy from enemies” (which respawn indefinitely), “get to the end of a level” with tons of foes that dole out cheap shots as you avoid conveniently placed land mines, and “progress through the room” scenarios which simply become tedious.

You run into a lot of weird situations in which enemies can shred you by repeated knock-you-down-over-and-over tactics, but your witless comrades need babysitting on the higher difficulty levels – at least they act as a good diversion. Even Virtual On nuts like myself will notice Marz‘s intense and interesting combat devolves into dreadfully boring combat by the midgame and only perks up near the end. As it turns out, the game is fun and exciting when fought in quick thirty second bursts, but it drags on when you’re fighting five minute long battles. The speed of the gameplay also seems to have been slowed down a bit – while it makes it easier to keep track of things, it’s missing a bit of the intensity of the previous games.

The story itself is absurd, and is always related to you through long, boring mission briefings, which can be sped through but not skipped. You want to just blow things up, but you end up being choked by all the plot-related jibberjabber. It doesn’t help that the story is so by-the-numbers because the “plot twists” halfway through is met with a sigh of relief rather than surprise. Even the colorful in-game cutscenes are blatantly ruined by the voices of the various mech pilots who add to the overall cheese factor of the storytelling. One stage has you teaming up with a Temjin mech called “Sgt. Hatter”, as you work in tandem to defeat three female pilots in custom YZERS in an orbital elevator of some sort. 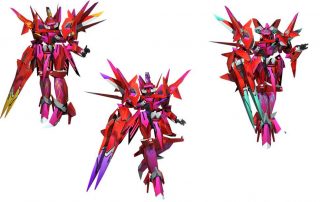 The Three Sisters of The Rose

Three mech pilots in Yzers that harass you three times during the game. The team is led by Captain Silvie Fang, the remaining two are 1st Lieutenant Jennifer Poison and 1st Lieutenant Deborah Bite. They are ordered by the ex-DNA commander to study and gather information on the happenings surrounding Mars. 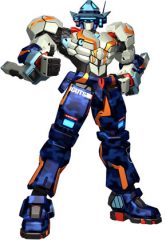 Your teammate at the beginning of the game. After saving him from the clutches of Z-Gradt, he joins you for a few missions before getting injured. Then comes back as a mad-man of some sort who challenges you to a duel. Right. 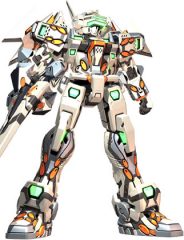 A super powerful Temjin that wipes the floor with you on the moon, then joins as a partner later, where he’s severely underpowered. Can be unlocked if you complete the mode on expert difficulty. 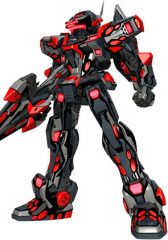 Some evil VRs you fight on the moon stage with a kickass black and red color scheme. Can be incredibly difficult to beat. 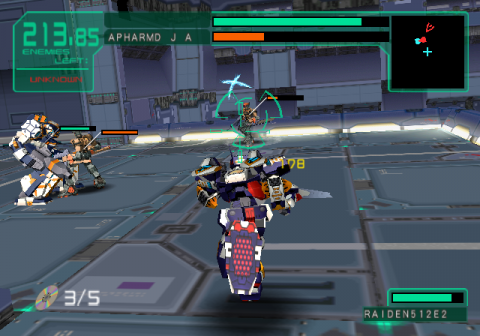 New to Virtual On Marz are heal discs, which are either found on containers on the battlefield or dropped randomly from defeated enemies. Since you’ll often need to face off several enemies on a single life, you’ll often need these to stay alive, and are activated with the Select button. Unfortunately, the computer has these as well, and the AI tends to attack with short bursts, then run off in the corner to heal. To be fair, the PlayStation 2 controller provides several suitable control schemes in place of the twin sticks, making this the closest to the arcade, but it still feels inadequate and can really hurt your fingers. The levels are also too constricting and look amazingly dull.

Further compounding the game into sheer mediocrity is the availability of the selectable VR’s. You’d think you’d unlock most by progress throughing story mode or with the attainment of points, but all it really comes down to is “kill this number of enemies to get this sucky VR and another number of that enemy to get the same VR with the same design, but slightly different stats.” The mind numbs when you quickly figure out there are twenty-something Temjins that all look and operate exactly alike, and similar nonsense going on with the copies of VOXes and Apharmds. There are a few keepers, though, like the loveably cute Angela and the unique “Sin” YZER model that populate the later levels, but for the most part, the advertised selection of VR’s is simply hyperbole.

To add more pain, you’re not offered true multiplayer – you’re limited to two players in versus mode, with no option available for multitap or online play – any other players are controlled by the boneheaded AI. So much for the experience of FORCE (or even online play). The music grates on the nerves, particularly during the main menu and randomly during stages (I recall a time when I continuously retried a stage simply to hear a better BGM), which will have you begging for mercy in an hour. At least the rest of the music is solid. Marz also features quite possibly the most illogical load times in all of gaming. Besides the punishment you must endure for your audacity of progressing through the game, clicking “save your progress” will save everything up to your current level but takes an eternity for no apparent reason. At best, Marz is a mildly entertaining, hardcore sci-fi shooter, and at its worst, it’s yawn-inducing mediocrity. In the end, those who don’t like Virtual On or have any interest in this stuff won’t be swayed by Marz, but it’s still worth it for a cheap thrill, considering it can generally be had for less than $10.