Belt-scrolling beat-em-ups are typically serious business. The likes of Double Dragon, Final Fight, Golden Axe, Streets of  Rage and many others are all dark and gritty rampages of violence through decaying landscapes. Despite this, there are a few that take things in a much sillier direction, including Sega’s Dynamite Dux (sometimes spelled Dynamite Düx, with an umlaut over the ‘u’). To make an analogy, Dynamite Dux is to Double Dragon as Twinbee is to Xevious. 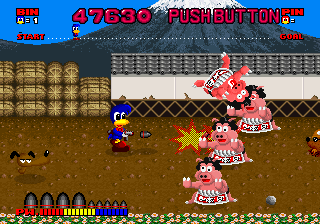 The “men fight to save kidnapped woman” theme is still present, although here, the men are actually pet ducks named Bin and Pin, who are trying to save their owner Lucy from the evil Achacha. The intro, where the ducks and the girl are playing around in a meadow before the main bad guy appears out of nowhere, was also borrowed for Alex Kidd in Shinobi World (where the question of who owns ducks as pets is never fully addressed). The stages are a hodgepodge of barely cohesive themes, starting off in a city, before warping to ancient Japan, a jungle, off to Brooklyn and Texas, and then to the final lair of Achacha, which is vaguely Egyptian.

It’s all an impossibly colorful and silly game. Bin and Pin are bright blue and red, respectively. The major enemies are dogs with gigantic jaws that take up approximately 80% of their body mass. Also present are cross-eyed coyotes decked in army gear and manning artillery cannons, as well as rhinoceroses in American football uniforms. Also running around are penguins in the middle of a desert, displaying not only a total lack of understanding of American geography, but also climate zones. 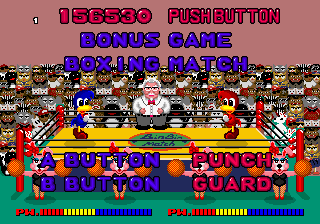 Colonel Sanders, he of Kentucky Fried Chicken, makes an appearance right at the beginning, and makes it his purpose to act as a referee in the boxing match bonus rounds. It’s a weird and wonderfully detailed game, meshing Warner Bros.-style slapstick with the randomness of Japanese humor, rendered in beautiful late-1980s pixel artwork. The only major disappointments are the bosses, which consist of generic things like rock monsters and gigantic flames, and are reused throughout.

The mechanics are a bit different from typical beat-em-ups, in that most enemies perish after a single hit, and the game never stops and waits for you to clear the enemies before moving on. Most stages also have a branching path somewhere near the middle. Also, since the ducks have super-deformed proportions, their limbs barely have any reach, and combined with the occasionally erratic movements and attacks of the enemies, the hit detection feel rather dodgy. You have a super attack where you hold down the attack button to wind up your arm and deliver a knock-out uppercut, with a super-sized fist, although it too is slightly awkward to use. There are numerous weapons throughout each stage though, and nearly all of them fire projectiles, ranging from simple rocks all the way up to flamethrowers and bazookas.

On a fundamental level Dynamite Dux isn’t really all that special, but it’s an attractive game with catchy music and a generally goofy atmosphere, so it’s worth a play through. It was designed by Sega AM2, which was headed by Yu Suzuki, although he doesn’t appear to have actively worked on this game. The bouncy main theme was composed by Hiroshi Kawaguchi, also well known for composing the Space Harrier theme and other Sega classics.

The original arcade release was developed for the Sega System 16 board, but Dynamite Dux was also ported to a number of other platforms, mostly home computers. The most visually faithful are the Amiga and Atari ST ports, although the speed is a bit too slow and there are graphical tiles missing. While the music made an acceptable transition, there are no sound effects. The Amstrad CPC, Commodore 64, and ZX Spectrum have descending graphical quality in that order, with no music whatsoever bar the title screen in the C64 version; they all play fairly well, bar the scaling down of the graphics and lack of two-player modes. All of these were developed by Core Design in the UK and published by Activision. The Commodore 64 version also renames the main character Ben. 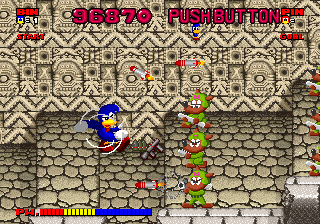 The only port handled by Sega themselves is the Master System version, which was primarily released in PAL territories and Brazil. Obviously a scaled down 8-bit version of a 16-bit game isn’t going to look as pretty, and it especially hurts a game whose appeal relies heavily on its visuals. Still, it looks decent enough for a Master System game and plays a bit better than any of the computer ports. Unfortunately it’s missing the jungle stage. The plot has also been altered so Bin is Lucy’s human boyfriend, who has been transformed into a duck. Pin is not present since the two-player mode is gone. 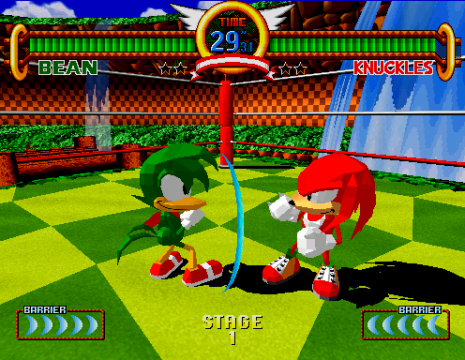 Sega hasn’t been too keen to remember Dynamite Dux, having never ported it anywhere else outside of its initial releases. However, Sega created a tribute character in the 1996 3D fighting game Sonic the Fighters named Bean the Dynamite, who also appears in Fighters Megamix. Although he’s green rather than blue (or red), he has the same distinctive cowlick. Plus, “Bean” is close to the Japanese pronunciation of “Bin”, and his nickname “The Dynamite” clarifies that the relation to Dynamite Dux was definitely intentional. He also appears as one of the forms that the boss takes in Mirage Saloon Zone Act 2 in Sonic Mania. 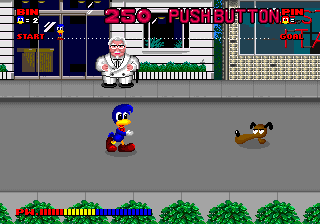 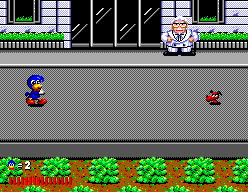 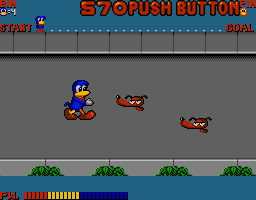 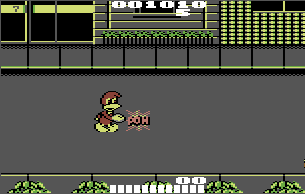 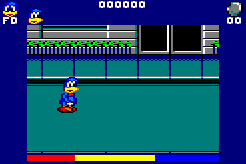 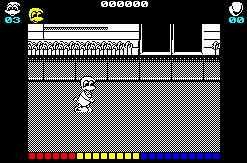