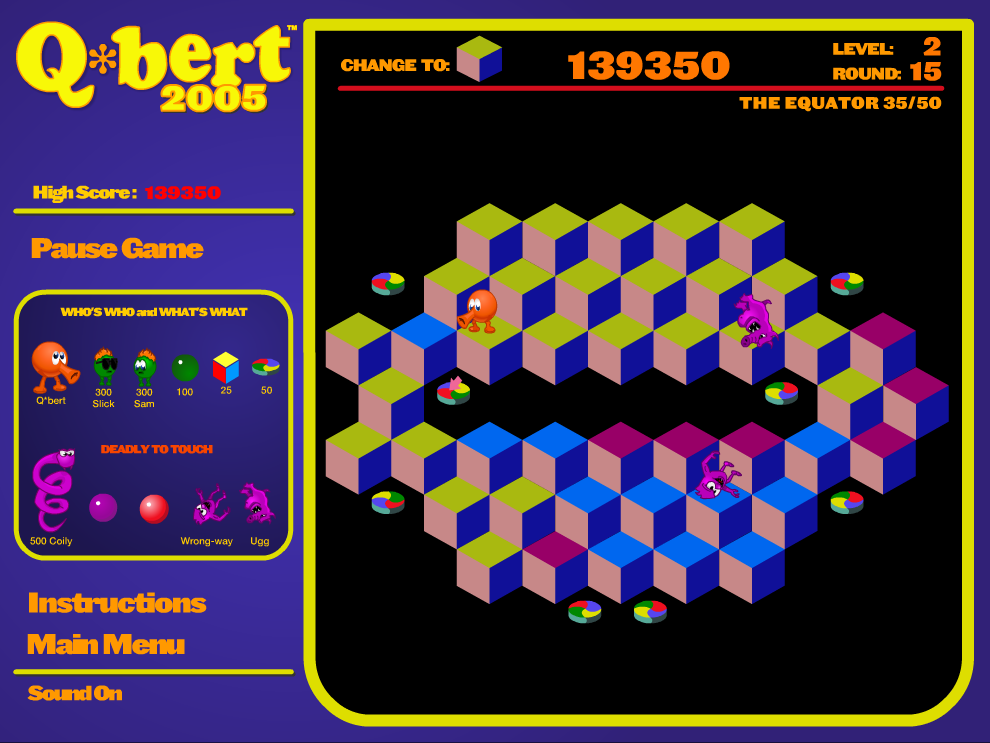 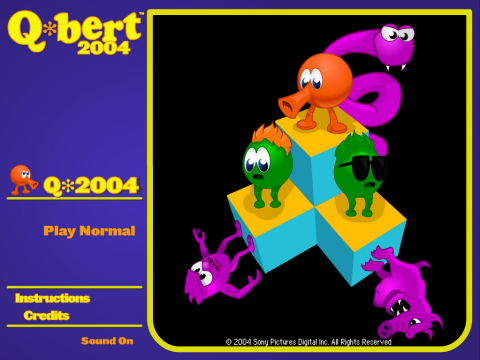 In 2004, someone at Sony finally seemed to have awoken to the fact that the company owned the Q*bert IP, and the result was this Flash game, plainly named Q*bert 2004. Aside from the classic arcade mode with the original graphics, the game contains also an all-new set of stages, but otherwise it lacks most of the adjustments that were introduced in any titles since the original. The stages are divided into six themes with different sprites and floor tiles – Classic, Jungle, Castle, Ice, Pirater and Space. However, the enemy behavior is always the same, even if they look completely different from theme to theme. 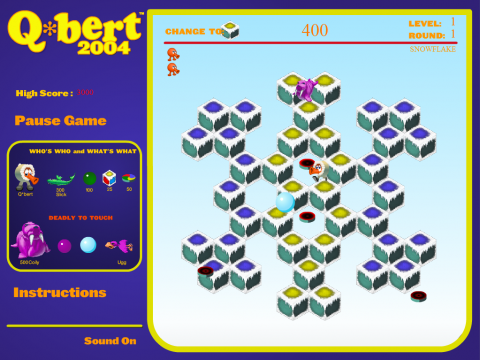 The game can be controlled either with the keyboard or with the mouse, by clicking towards the direction Q*bert shall hop to. Mouse controls work surprisingly well. In fact, they almost make the game a bit too easy. Not too convenient are the stage layouts, which rely too much on bottleneck passages that don’t leave any room for different approaches, and super slow flying discs to get around separate islands. There is a stage where sheer luck is the only chance at completing all islands before a new Sam or Slick gets spawned at any of the other islands and messes up the game again, simply because Q*bert moves around too slow. There are many cheap deaths because Q*bert is already in animation to move onto a space where then suddenly a new enemy spawns, and nothing can be done at that point. In a way that was true of the original, but there players could rely on enemies to always spawn from the same two tiles, while here it’s all over the place. The game doesn’t give any indicators like Realtime Associates’ versions did, either. Q*bert 2004 is just slow, boring, annoying and completely unnecessary.

The iOS release of Q*bert Deluxe started out as a remake of the original, but through patches it was expanded with the themes and stages from Q*bert 2004. It was removed from the App Store around 2011, though. 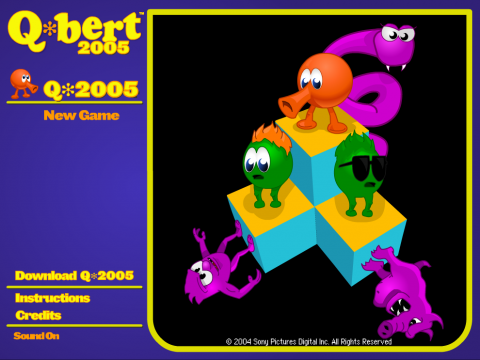 After Q*bert 2004 followed Q*bert 2005, and it’s just as unimaginative and boring as the title sounds. It’s essentially the same game, only ditching the different themes and changing up the stages a bit, mostly to reduce unfair tight passages. Sony Pictures also sold a Windows build online, but for whatever reason the resolution is locked to 640×480 pixels, which the graphics clearly weren’t intended for. 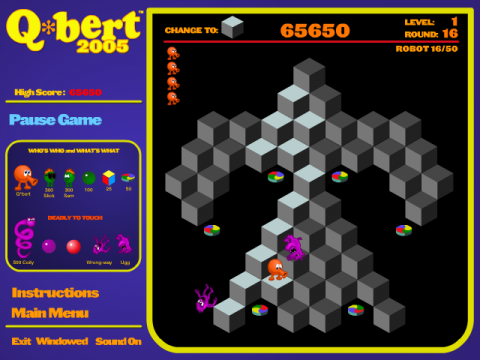 Quest for the Rings, The