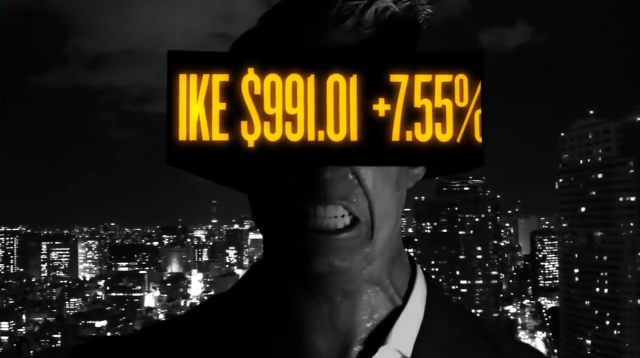 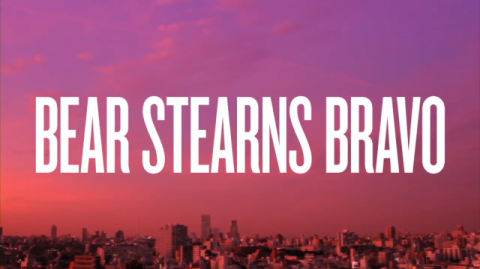 “Everything happens so much.”

That definitely includes this game, which was already happening before it even released. On April 14th, 2010, a youtube channel called Pronunciation Book started uploading videos. It seemed like every other pronunciation channel at the time, but several word choices were odd (like teaching you to pronounce “nyan” or “it”), and some videos would include strange phrases. People thought something was up for awhile – and then came the July 9th, 2013 video “How to Pronounce 77,” which declared as lifelessly as usual something was going to happen in 77 days. Every new day came a new video continuing the count down, until the final video: “How to Pronounce Horse_ebooks.” 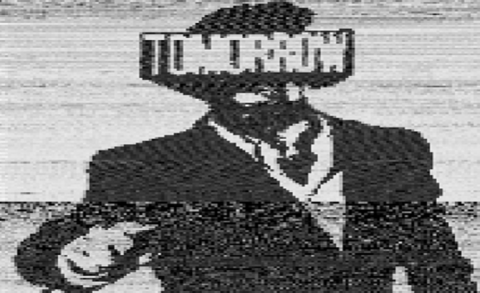 That was reference to @Horse_ebooks, a twitter account people had been obsessed with for the past few years. It seemed like a normal spam-bot that ended up creating amusing tweets taken from ebook snippets, and the account seemed to be under the control of a Russian businessman trying to sell ebooks about horses (thus the account name). But people were getting suspicious something was off around 2011, and the reveal that Pronunciation Book ended on finally made it clear. Both phenomenon were crafted by Jacob Bakkila, the Buzzfeed creative director at the time, and friend Thomas Bender (former bought horse_ebooks, and the latter ran Pronunciation Book). The two were working together on a project with their art group SYNYDYNE, and the end result was the browser based FMV adventure game Bear Stearns Bravo, a farcical recontextualizing of the 2007-2008 world recession. It was definitely not what people were expecting. 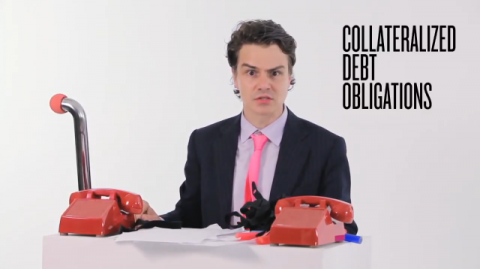 The best way to describe SYNYDYNE is a far less commercial Tim and Eric. They’re in love with absurd satire and humor, but they’re mostly web based and seem much more into things for the art than commercial gain. This would be why they built up to the release of this project through viral shenanigans, and why you could call the number associated with @Horse_ebooks to have Bakkila read you a tweet from the account, which he read at a live location he set up for a live piece of performance art. SYNYDYNE is just about as outside of the scene you can get when it comes to games, both due to their lack of commercial consideration and their disinterest in catering to established gaming crowds.

Rather, they seemed focused on ARG players, which was still a niche past-time in the early 2010s. This created a new problem where expectations went wildly out of control, and some circles actually thought their countdown was a warning of the end times. It was absolute madness for awhile there as imaginations ran wild, not helped by some hidden images hidden in video audio during the count down. There were even theories that this was some more viral marketing from Bungie or a possible tease for a new season of Battlestar Galactica, despite all evidence one could think up for said theories held little water. 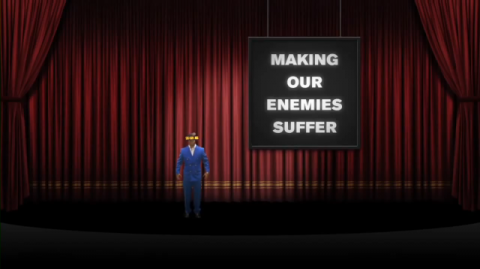 Bear Stearns Bravo got a ton of attention early on, but people’s interest in it waned fast as it wasn’t mainstream or out there enough to appease the public, not to mention some being disappointed that @Horse_ebooks ended up being written by an actual person and not simply being the accidental poetry of spam (though it was initially this, and Bakkila did get many of these messages from actual spam). The long awaited third episode hasn’t been mentioned since 2014, and it’s looking like it won’t be done if it hasn’t been done yet.

The game itself isn’t as interesting as the ARG that built it up, but it’s extremely entertaining by its own merits. You follow the adventures of Los Angeles regulators Henri and Franco, who have arrived at the bank of Bear Stearns in the Free Trade Zone to find witnesses for a trial going down later in the day against bank head Jackie Dalton, a raving mad billionaire in dirty in the bad mortgage trade. In order to punish the horrid criminals would dare do so much dollarcrime and moneycide, you are given choices at select moments that move the story and effect how things play out within the episode. To date, two episodes are on the site, and an “Impact Zeroth” (each episode is called an Impact) can be found via real life phone call through the old @Horse_ebooks number. 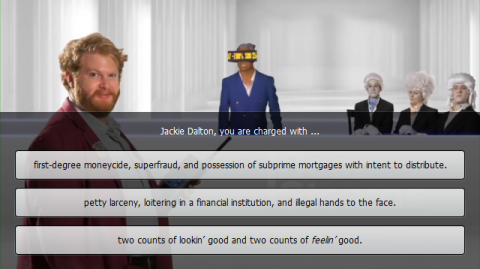 Thanks to how limited the scope of these episodes are, a lot can change within them, and there’s a variety of endings to find, with even wildly different main scenarios depending on a few select decisions. Episode two even grants the option to guide Henri instead of Franco, which leads to some of the funniest moments in the whole game by a huge margin (“Your gaze was fixated on that rotting mackerel with a lustful intensity…”). There’s even fun to be found in making the wrong choices, as the results tend to be extremely funny in unexpected ways. Having the famous @dril on the writing staff (yes, really) helps a lot, but you can tell everyone brought their A-game to the script. The wordplay here is masterclass, extremely verbose and ridiculous, yet perfectly logical at the same time. The fact the phrases “dollarcrime” and “moneycide” sound perfectly at home in this world and even provide valuable context is a testament to the script’s strength.

The cinematography and acting is also fantastic, as everyone seems to have plenty of experience with comedy. That goes especially for Bakkila himself, who plays Jackie Dalton and proceeds to eat up all of the scenery while wearing that dumb ticker over his eyes. The entire game was purposefully done with green screen to give an old FMV game feel, but the understanding of colors and framing make each shot stick out (outside a few of the dialog heavy parts where multiple characters scrunch together). 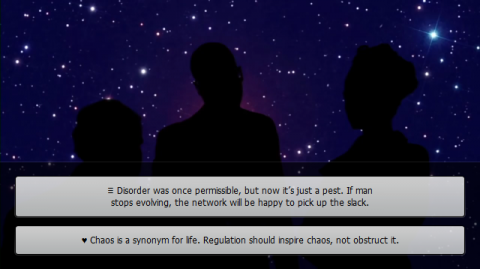 The costume design is also excellent, helping create the game’s amazing, wacky mood and never letting up. A lot of FMV games tended to trip up by not realizing just how important what everyone is wearing is for making the world believable, and the strategy here to embrace artificiality and phoniness was inspired. It even fits the setting of Los Angeles’ financial center, not to mention the face value culture bankers thrive in.

What’s most impressive is that the satire at the story core actually sticks out and gets well utilized for commentary and provoking thought. For all the obtuse vocabulary, it becomes clear quickly that the absurd script is just mirroring the actual absurd nature of the financial world and the lingo inside it, with a puzzle in the first episode requiring you to know one of those ridiculous terms. This continues on to the actions of the cast. Sure, it’s funny a secretary is introduced using a flamethrower, but she’s using it in order to destroy evidence of company wrongdoings. 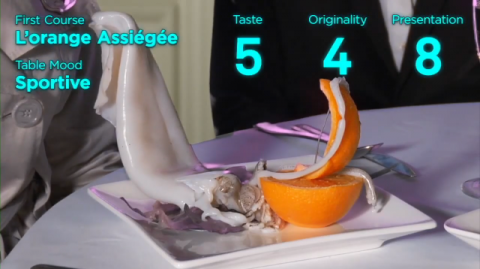 Even concepts like mortgages and paperwork get a hilarious amount of religious fervor placed around them, the foundations of the world and weapons of modern war. Every silly idea most likely has a point to it that you start to pick up on the more things are discussed, successfully turning the topic of red tape, white collar crime, and bureaucracy into comedy gold and spot on commentary. Managing to make the driest of topics interesting and engaging is not something we see from games often, but Bear Stearns Bravo pulls it off with confidence. 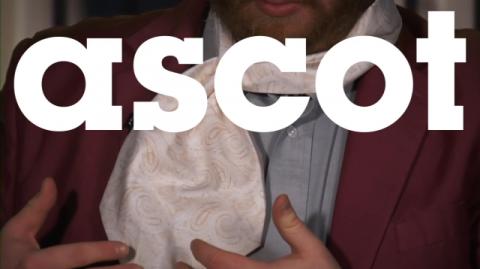 The fact the game probably won’t ever get a proper conclusion is a downer, though, but it’s up to play for free online now, and it’s worth experiencing it while you can. The game uses a Flash/YouTube set-up, and it’s unknown if SYNYDYNE will continue to support it and keep it in a playable state if that infrastructure finally disappears. It’s genuinely unlike anything else in the gaming world, a comedy game that’s constantly funny instead of generally amusing, surprisingly political in an understated way, and exists outside traditional commercial spheres. It may not be what that countdown promised, but as a wise man once said, “theres actually zero difference between good & bad things. you imbecile. you fucking moron.” This is definitely better than more Battlestar Galactica.

House of Many Doors, A
Night mode