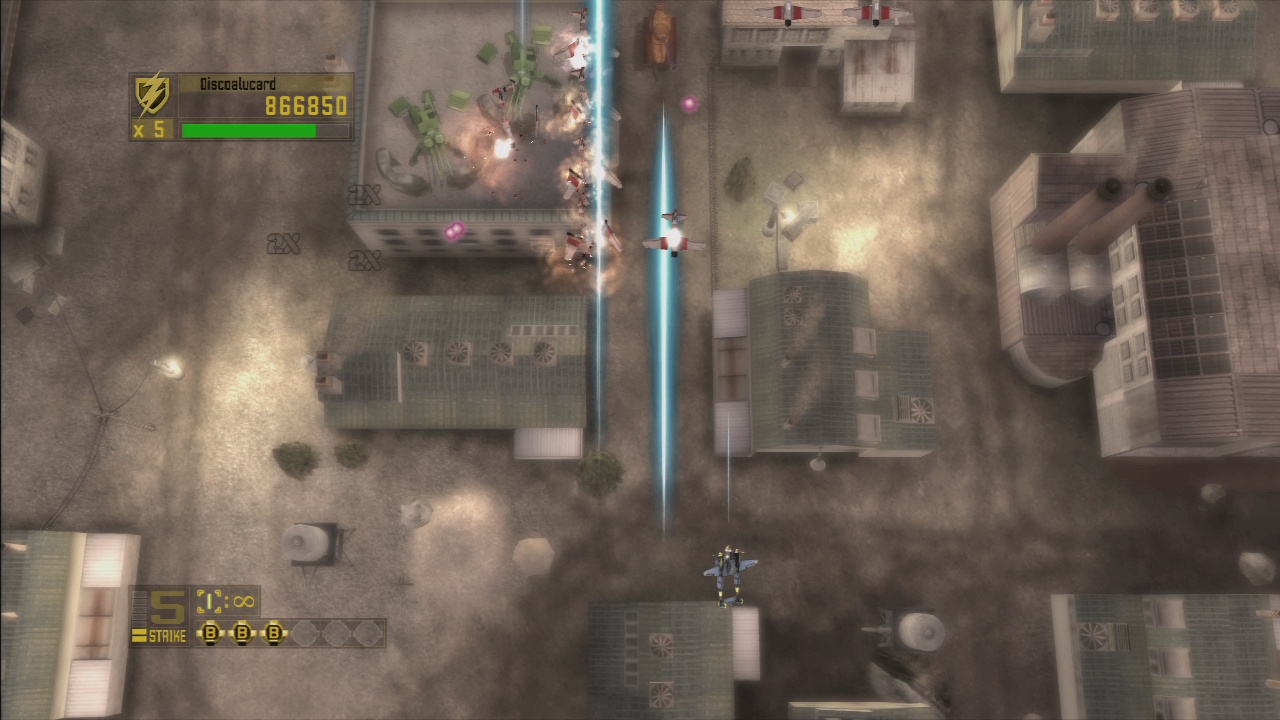 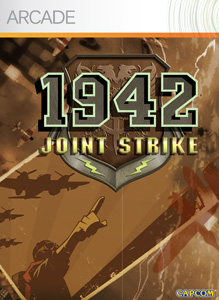 In 2008, Capcom contracted Backbone Entertainment, largely known for their on-the-cheap console/arcade emulation packs, to develop new installments in some of their older series. The results were Commando 3: Wolf of the Battlefield and 1942: Joint Strike. From a quality standpoint, both are similar – mechanically competent, but also uninspired and lacking the energy of the older games. 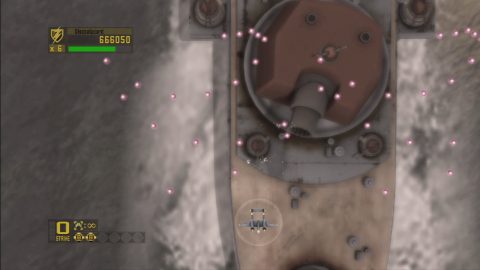 1942: Joint Strike is fairly straightfoward, and while the name implies it’s a remake of the first game, it’s actually a whole new sequel, picking and choosing elements to carry forward from its predecessors. The game is in 3D but keeps the overhead perspective, and utlizies the 16:9 widescreen display, as opposed to the 3:4 and 4:3 of the arcade games. The brief cutscenes at the beginning of levels and before bosses have a filter that give it the feel of old WWII-era newsreels, but the color scheme during gameplay is brown, grey, muted and dull. It also has one of the most annoying menus of any game ever developed, where every choice is punctuated with the same annoying fleet of airplanes buzzing across the screen.

Despite being named 1942 and positioned as something of a remake, its systems are actually taken piecemeal from various games throughout the series. The three ships from 19XX have returned. You have a life bar in addition to several lives, as well as a charge attack, which shoots a powerful burst forward like 1941. In addition to the usual power-ups, you can pull off the standard loop-de-loops, which also act as bombs to destroy everything on the screen. You also have a secondary weapon, a pair of homing missiles which act exactly the same way as the charge shot in 1941, though here they are in limited supply. However, killing groups of enemies quickly will replenish the gauge (seemingly through magic, as there are no icons to pick up), so even though they aren’t that powerful and you can only hold eight at a time, you’ll usually have a constant influx to use. There’s also a scoring system where you get multiplies based on how close you are to an enemy when you kill them. The Joint Strike of the title refers to a manuever that can only be pulled off in co-op play, which the game supports over Xbox Live, as well as local play. 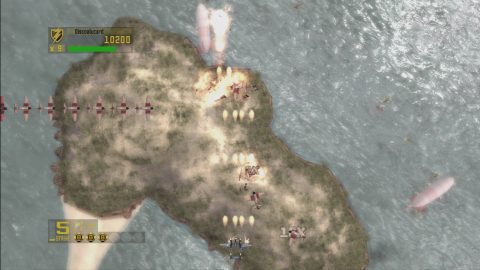 Though the game was developed in the United States, the soundtrack was composed by Norihiko Hibino, who is mostly known for his work on the Metal Gear Solid series. Though the stirring remix of the 1943 main theme in the first stage is decent, the rest is largely orchestral blandness that exhibits the symptoms of a typical Western game. A more traditional, exciting soundtrack would’ve been out of place anyway, compared to how dull everything is. The action is already on the slow paced side compared to modern shooters, and the fact a few of the levels run at half the intended 60 FPS frame just makes the whole thing feel aimless and plodding. There are only five levels, but they’re long, with little interesting scenery or enemies, making the whole effort something of a waste.