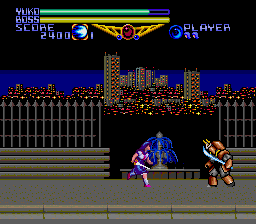 Sometime in the late 1980s, Telenet distributed its development efforts on a number of semi-independent studios, and made two of them come up with their own interpretation of Valis II. Both share the same basic story and characters, but are otherwise entirely different games. Both were apparently developed in parallel, but the TurboGrafx-16 CD-ROM version seems to have been released a few weeks earlier. It was developed by Laser Soft – as the name implies, a subsidiary formed specifically to explore games for the new CD-ROM medium.

Since the last game, Yuko has returned to her life as an ordinary school girl, but recently she is plagued by nightmares, and once again monsters start invading the city. Vecanti is under siege by a new warlord, the cyborg Megas, who seeks to eradicate all remaining followers of Rogles. (In the English version, he is frequently referred to as the righteous ruler of Vecanti who returns to retake his kingdom – what that makes of queen Valia is never addressed, though.) In their despair, Rogles’ followers try to snatch the Valis sword from Yuko, but soon she is also confronted with Megas, who is revealed as Rogles’ older brother. As it turns out, Yuko also has some forgotten family ties, as she really is the daughter of Valia, but was sent to earth in fear of a later conflict for succession with her twin sister, princess Valna. So now things get personal for Yuko, as she fights to protect her own family… 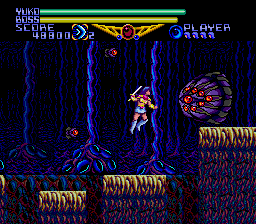 Valis II was Laser Soft’s very first game, and Telenet’s first CD release, so it may be forgiven that the presentation is still a bit underwhelming. Cutscenes go beyond the talking heads from the first game. They are actually partly animated, and feel much more dynamic for it, but they are not very detailed, nor very well drawn. The redbook soundtrack is really odd, as most of the tracks start out very quietly and have some weird synth instrument choices. Not only the cinema scenes are fully voiced, but there’s also a bit of banter when Yuko faces a boss, but as is to be expected from an early localized CD title, the English dub is so bad it’s almost funny.

Valis II introduced the more linear action platformer stages to the series, but here they are really dull and boring. At least half the game is spent just running down flat stages and shooting everything in sight. The Valis sword fires long range projectiles from the very beginning, and the game feels more like a run-‘n-gun than any of the others. As usual, there are different firing modes to be gained from defeated enemies. Sometimes they also drop support weapons with very limiteed uses, like protective barriers that circle around Yuko, or brief invincibility. They are activated by simply pressing “up”, though, so it’s really easy to end up using them accidentally. Unfortunately, it’s just a very mediocre and forgettable action game, only memorable for some nice creepy enemy sprites. 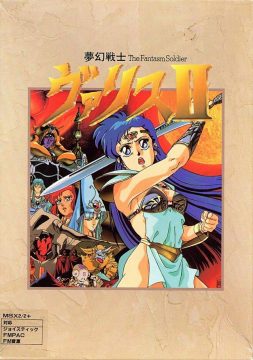 The other Valis II was made by Renovation Game for the old Japanese home computers, the MSX2 and PC-88. The first notable difference to Laser Soft’s offering is in the tone – it also tells the story of Megas’ invasion to Vecanti, but ramps up the sex and violence to previously unseen (in the Valis series) degrees. It’s the only game in the classic series to feature actual semi-nudity, and it’s also the most bloody of them all. Whereas the TurboGrafx-16 version depicts Megas as some kind of tragic anti hero who finally dies in Yuko’s arms, here he is a sick evil bastard with a mad robot chameleon as an adviser. On the TurboGrafx-16, Valia just dies in bed due to uncertain circumstances, but here Megas outright murders her bare-handedly by punching a hole through her chest. 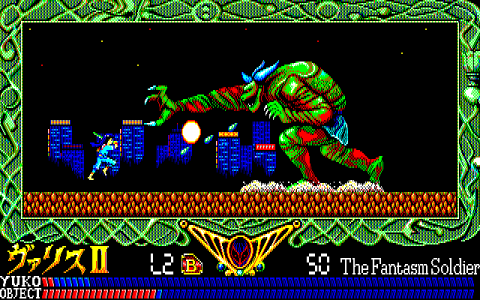 On paper, these versions of Valis II have a much better design than the TurboGrafx-16 game. The stages are much more eventful (aside from the mandatory boring straight road in the first sub stage), even if some drag on for a bit too long. In two of the stages Yuko can fly around freely, while the screen keeps scrolling automatically like in a shoot-em-up. This constantly burns special item charges, though, and if Yuko runs out of them, she plummets to the ground, or, if she’s particularly unlucky, into a bottomless pit. The bosses are insane. They include a several screens large monstrosity with lots of horns and legs and shooting plant heads, and a Rogles follower who attacks from a giant Rogles robot. 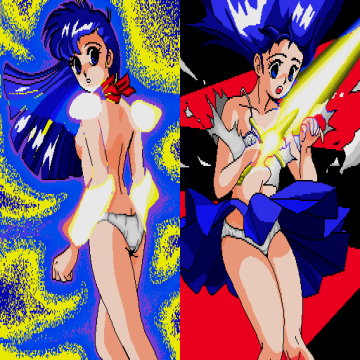 The powerup system has been much improved. There’s now a separate screen where players can choose from all the weapons Yuko has picked up so far, as well as from a range of different costumes. Most of them, like Yuko’s pyjamas from the first stage or her school uniform, are pretty weak and just there for the looks, but in addition to her Valis Suit, Yuko soon finds specialized “Offense” and “Defense” suits, which can be upgraded numerous times. Special support “weapons” are also stored here, and recharged by a point system similar to the one in Castlevania. If she finds the corresponding upgrades – some of them are actually well-hidden – Yuko can learn to stop time, become invincible for a few seconds, and even recharge a bit of her health.

Unfortunately, both systems are obviously overburdened with all the action. They run so choppy that it’s almost impossible to estimate when an enemy bullet will hit, especially since the collision detection is staked very unfairly against the player. Valis II may be a well-designed game, but it fails utterly at its own overreaching ambitions. 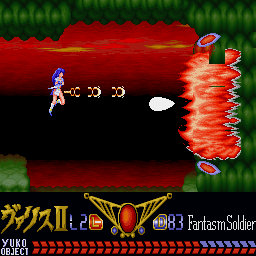 That is, until Reno upgraded the game for X68000 computers. This not only replaces all the in-game graphics (the cutscenes are merely recolored, though), but also runs much more smoothly and is actually enjoyable beyond the “nice try” appeal of the 8-bit versions. Some of the more boring segments have been shortened and a few unfair elements excised (but not all – the difficulty is still brutal), making this the best version of Valis II overall, even though that’s kind of an “one-eyed among the blind” deal. Its only disadvantage is the music, which at times sounds a bit muffled compared to the crisp chiptunes of the 8-bit versions. 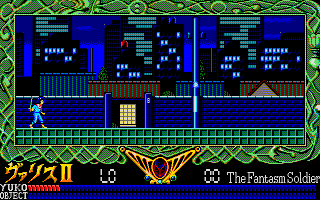 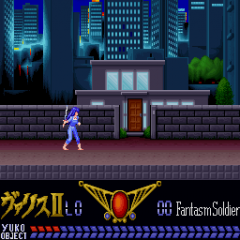 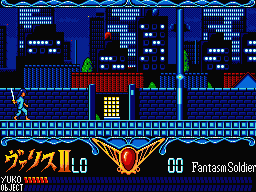 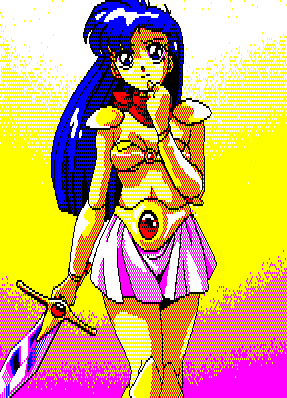 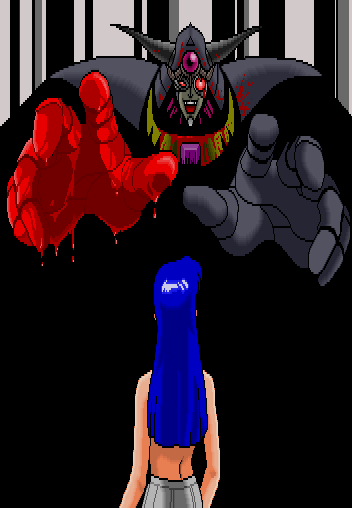 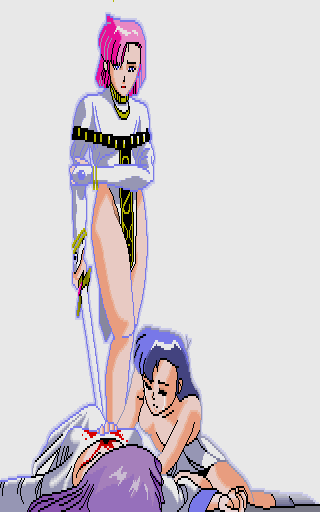