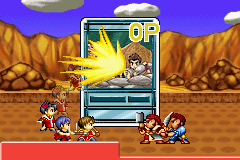 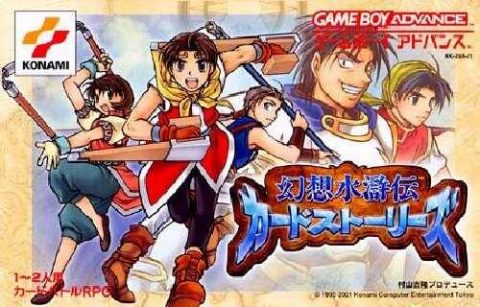 This Suikoden spin-off is on the Game Boy Advance, which was unusual at the time, because the Suikoden series had always been associated with the PlayStation brand. However, it plays nothing like the mainline series. The story here is basically a retelling of the Suikoden II plot, the only difference being that it plays like a card game. You start out the game by setting up an event card, each of which has distinct objectives. For example, you must attack your opponent five times by using your soldiers in order to claim the card. The cards you hold out each have strengths and weaknesses. If you are successful, you claim the event card and you win a round. It keeps going on until you meet your objectives. It’s a rather simple game for the most part. All the cards are all from Suikoden I & II, and several characters return as cutesy, super deformed sprites. There are even card-booster sets from Suikoden III. Everything else play like your standard card game. Like the Suikogaiden games, this was never released outside of Japan.