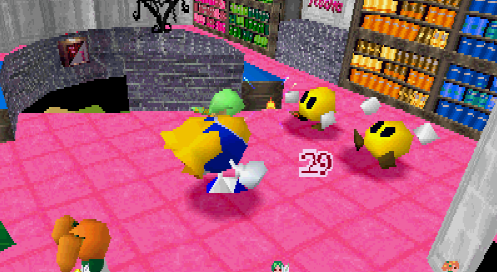 Considering that TwinBee has a colorful variety of characters who really couldn’t shine in the midst of other genres, it almost makes sense to move everything into the world of a story based role-playing game. And so, in 1998 Konami released TwinBee RPG for the PlayStation. 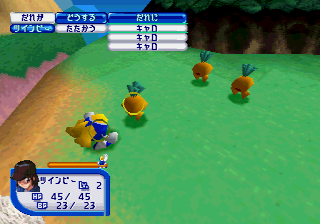 The main character in TwinBee RPG is an adolescent boy in the real world – you get to pick his name and make some dialogue decisions, but otherwise he’s a silent protagonist. The game begins as you are watching an episode of a TwinBee anime on TV, until something goes horribly wrong and you’re zapped inside of the show by Princess Melora. Finding a baffled Twinbee (sans his pilot, Light) on the side of the road, it’s up to you to gather together the rest of the TwinBee crew, find out just what happened to Light, and save Donburi Island from both Warumon and a greater evil. TwinBee RPG is based off TwinBee Paradise, so it features the same voice actors, as well as several other characters that were previously only seen / heard in the anime and radio dramas. These include Seeds and Salyut, two androids created by Warumon to pilot the black EvilBee mechs. There are also two new characters, Molte and Vielen, who have mysterious ESP powers.

The visuals are fully 3D, but they suffer from some technical issues. The character models are all super deformed and look acceptable, although the terrain textures are very low res. By default, the camera is zoomed too closely, and it takes a lot of fiddling to get the view at an acceptable angle. The exterior settings are plagued by poor draw distance, while the interiors look jagged, thanks to the way that the camera cuts off walls and other obstacles. In spite of its deficiencies, it still maintains the bright and cheery feel of the rest of the series. 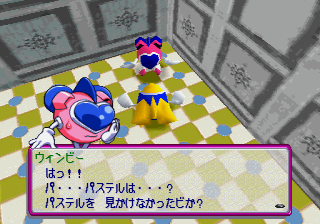 In its mechanics, TwinBee RPG is almost exactly like Chrono Trigger. You can see enemies on the field before you fight them, though there are some predetermined spots where they can jump out and surprise you. Battles take place directly on the field, with no separate screen nor any load times. The active-time battle system works identically, with action bars that fill up and indicate when a character is ready to attack. There are even combination abilities. Battles give you money, but they also give you fruit, which can either be directly sold for more cash, or used in a blender to make curative items. Bells can also be planted in the field outside of the doctor’s laboratory, which eventually grow into trees and grant more goodies. Everything’s pretty simplistic, as there’s not much in the way of equipment outside of gathering accessories or the occasional upgrade. It’s pretty clear that TwinBee RPG is aimed at a younger audience, but this simplicity makes it easier for non-Japanese speakers to play through and enjoy the game.

Through your dialogue choices, you can also pick which girl you want to spend some time with. For the game’s target audience of adolescent boys, it might seem cute to blatantly flirt with any of them, but for anyone outside of that age range, it’s a little creepy. 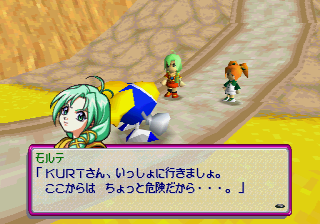 There are a couple of minigames, including a Galaga-style shooting game called TwinBee Pierrot, as well as a fishing game. Amongst the things you can catch are penguins named Pentarou and cat battleships, both references to the Parodius series.

The music is likeable, if somewhat bland. There are two vocal songs, used for the introduction (the peppy “Kitto, Zutto”) and ending (“Aikotoba Be!!”), both sung by Mariko Kouda, the voice actress for Madoka, and regular supplier of vocal songs for the TwinBee Paradise series.

While technically it’s a middle-of-the-road game, TwinBee RPG is still nice, breezy fun for fans of the franchise, and a good change from the usual melodramatics seen in games from this era. The humorous feel and tone has a lot in common with the Mega Man Legends series, so fans of that franchise will definitely enjoy it.

TwinBee RPG had a rough development cycle. At first, Konami announced an RPG called TwinBee Miracle: Fushigi na Bell no Tairiku (“Continent of Mysterious Bells”). It was canceled, and the released TwinBee RPG is a completely different game from what was initially revealed. It was mostly 2D and had a traditional turn based battle system. 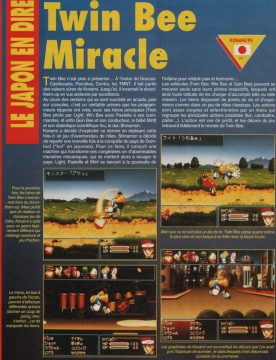