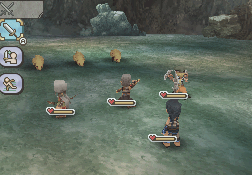 After Suikoden V, the series took a short hiatus. With the PlayStation 2 falling out of favor and the JRPG genre undergoing transitioning problems to the HD console market, many Japanese publishers flocked to the portable platforms. So it should come as no surprise that the next Suikoden would be released for the Nintendo DS. What is surprising is that this game, dubbed Suikoden Tierkreis, does not expand on the established Suikoden world. Rather, it’s set in a parallel world that just happens to contain some of the aspects of a Suikoden game. 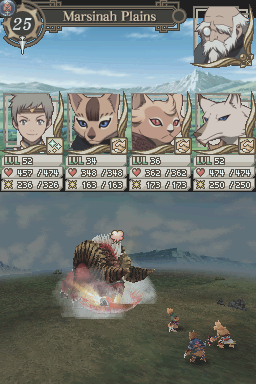 The game begins with a brief prologue, where four warriors stand up against an omnipotent figure known as “The One King”. After the battle, the story focuses on a young man named Sieg. Unaware with the world outside of his town, the locals possess a strong belief in fate. The villagers believe that everything that happens is predestined. A majority of the people have accepted that belief as a fact. As Sieg and his friends are conducting their usual rounds of exploring the mountains, Sieg feels that something is out of place. A forest suddenly springs out of nowhere, and everyone thinks they’re going mad. However, as they go deeper into the forest, they find a book which contains “The Mark of the Stars”. As Sieg and his friends touch the book, they see a vision from another world. With the exception of Dirk and Liu, a rush of memories return to the party, and they set out to the City of Cynas, unaware of what events are going to unfold. 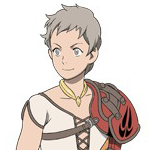 An eager young man who has a curious mindset regarding places outside Citro Village. Sometimes he can be a motormouth. His motto is, “You’ll never know unless you try.” 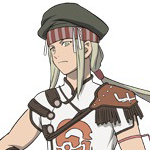 A level-headed person who resides in Citro Village. When things need to be done, he’s usually the first to take action. 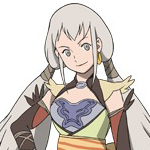 She’s the daughter of the Elder of the village, and is usually around when the situation gets complicated. Strangely, she has a counterpart from another world. 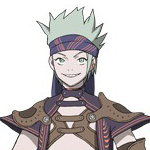 A young man who happened to move into the village several years back for unknown reasons. When a plan of action is needed, he’s the one to formulate it. 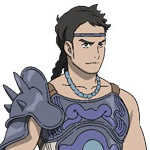 He taught Sieg on weapon combat. He’s considered somewhat of a big brother to Sieg and his friends. 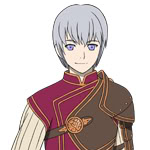 A young introvert from another world. He often comes over to Sieg’s world to find information on how to defeat The Order. 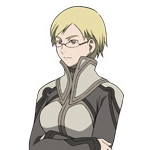 She’s the head archivist at the library of Cynas. What are her motives for getting the book that Sieg possesses? 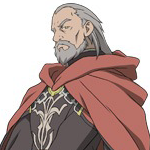 He is the King of Cynas. He expands his territory in order to spread the philosophy that the world is governed by fate. 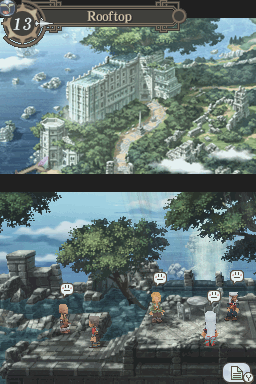 Tierkreis is a drastic departure from the Suikoden formula. First off, the protagonist is no longer silent, and has a personality. Next, the Army and Duel battles are omitted. Instead of one Army battle with all of your characters, you’ll fight a series of battles with different people. The most shocking change in this spinoff is that none of the recurring characters from the Suikoden world appear in Tierkreis. Not even series mainstays like Jeane and Viki make a minor appearance.

Despite the significant changes it brings, Tierkreis retains some aspects from the mainline series. For example, you still gather 108 Stars of Destiny, and each of them have their own motives to fight against the order. Like the mainline series, there is an extra scene in the ending if you found all 108 characters. You still have a fort where you can place all your recruited characters. The trading system still exists, but this time it plays a bigger role. Since enemies do not drop money, you need to sell raw materials from traders to gain money. By doing so, you might find new weapons and armor in your fort. 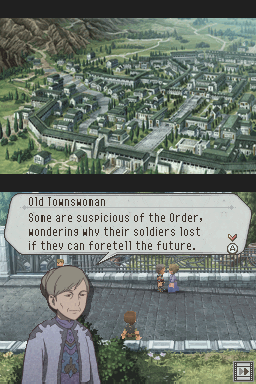 The quest guild introduced in Suikoden Tactics returns. At a certain point of the game, you can run quests for other people. At first, most quests will grant you useful items. However, some can lead to a character recruitment, or even a backstory for a particular character.

The regular battles are similar to Suikoden IV, with four people in the party. However, weapon range still plays a role in combat. Short ranged weapons such as swords stay in the front while long range weapons such as the bow and arrow stay in the back.

Because Tierkreis was released for the DS, it’s not exactly a pretty game. The standard backgrounds are 2D, but the character graphics and battlegrounds are 3D, which look quite ugly. Given the series’ 2D heritage, it probably would’ve been wiser to mimic the style of the PlayStation games. At least the music, although a bit fuzzy, is solid and there are a handful of themes from the older games. Much of the game is voice acted, which actually works to its detriment. It’s heavily compressed, and the actors speak their lines so quickly that it sounds like everyone is overdosed on caffeine. At least the visuals for the anime cutscenes look great.

Overall, if you are expecting a Suikoden experience from Tierkreis, you’re going to be disappointed. It seems like Konami wanted to give it a reboot for newer gamers, as the target audience for Tierkreis skews a bit younger, removing some of the maturity of the earlier games. Taken on its own, it’s a very solid standalone RPG.