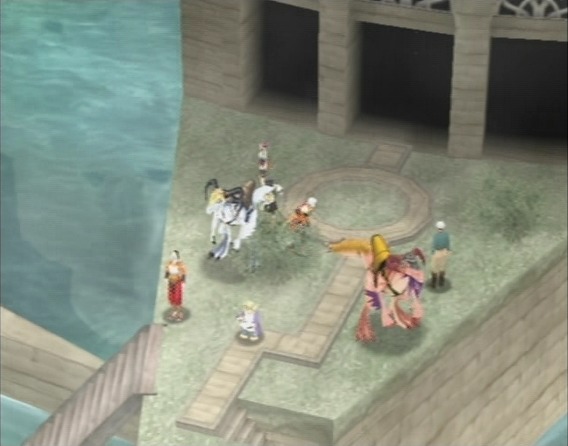 Suikoden V is the final game released for the PlayStation 2. It once again represents a jump on the timeline, taking place in the Queendom of Falena, five years before the events of the first Suikoden. The political conditions of Falena have become unstable, and factions from other parts of the region are battling for political power. Numerous attempts to overtake the throne are beginning to take their toll. Prince Freyjador and his family are caught between the crossfire of political strife. As the incidents involving the Sun and the Dawn Rune begin to unfold, the queen’s mental health gradually deteriorates, driving her into insanity. The political fallout threatens to throw the Queendom into a civil war, and it’s up to Prince Freyjador to bring stability to his homeland. 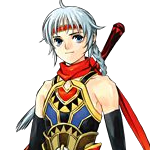 He’s the prince of Falena. He’s very proficient on using the tri-nunchaku. His other canon names include Ardil (from the manga) and Faroush (from a promotional memory card save.) 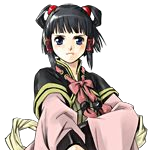 She’s Freyjador’s personal body guard. She’ll do what it takes to protect the prince. 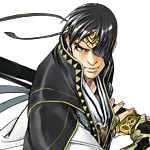 He’s one of the high ranking officers of the Queen’s Knight. He’s known as “Deathblow Georg” because he often kills his foes swiftly. He was also a supporting character in Suikoden II. 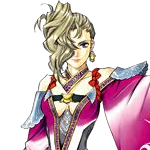 She’s the sister of Arshtat Falenas. She accompanies her nephew, even though she has a different opinion on the unstable country. 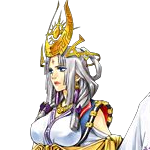 She is the queen of Falena. Due to the political tensions she’s forced to wield the Sun Rune, which has a negative effect to her sanity. 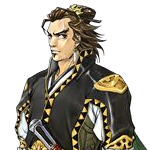 He is Arshtat’s husband. He’s the first foreigner to ever win the Sacred games, which grants him a high status in the Queendom. 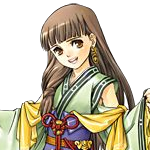 She’s Freyjador’s younger sister. Due to the matriarchal customs in Falena, she’s the next person in line for the throne. 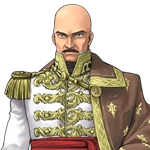 He represents one of the major factions, which emphasizes having a strong militaristic army. 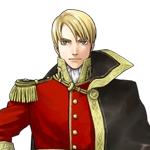 The son of Marscal Godwin. He takes advantage of the political strife by manipulating as many people as possible. 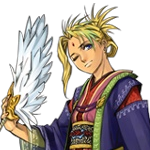 She’s a strategist who is currently imprisoned in Falena. Her expansive knowledge of the land and her exceptional insight is what made her a reputable tactician. 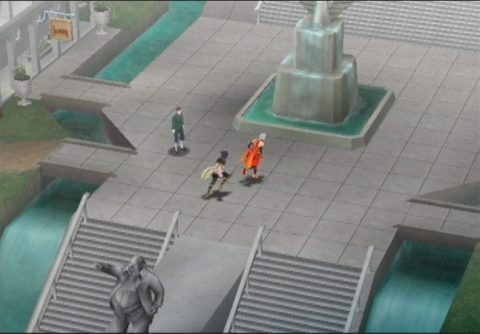 Recognizing that the third and fourth installments didn’t go over well with the fanbase, Suikoden V is meant to be a return to form. Although the game is still entirely in 3D, the camera has returned to an overhead perspective to resemble the older games. The six person battle party has returned, along with the familiar isometric perspective. Suikoden V also introduces formations, which give various stat boosts and effects based on character positions. In addition, you can unleash Formation Unites. Finally, this game also reintroduces weaponry range. Unlike Suikoden I and II, you’re allowed to place your short-ranged characters in the back, although their accuracy will be greatly reduced. To ensure that you can bring your favorite person in your party, this game also has reserve slots. You can fill up the reserve slots with other characters and switch them at will in battle. The skill system doesn’t follow Suikoden III or Tactics. Instead, you can only equip two skills per character to bolster their stats.

Duels have once again evolved further in Suikoden V. Following Suikoden IV‘s cinematic cutscenes, all duels are now timed. The minute the person makes a statement, you only have three seconds to react. If you fail to react, your opponent will punish you with their attack until the next bout. Also, you no longer pick commands on the screen, as they are all directly mapped to buttons. Even though the protagonist will participate most of the time, other characters can partake the duels as well, depending on the situation. As a result, Suikoden V has the most exciting duels of all the mainline series. 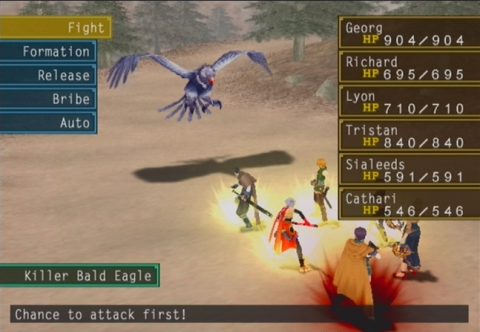 Changing the formula once more, the army battles are now fought in real time. Like the original Suikoden, the system is based on an affinity triangle – infantry beats archers, archers beat cavalry and so on. There are other army units as well, but they have their own set of affinity triangles. Like the Duel battles, the RTS style gameplay requires some form of multi-tasking. Fortunately, whenever you give orders, the battle stops for a moment until you choose your command.

Although the story and the gameplay turned out great, there are still a number of issues with Suikoden V. First off, this game suffers from fixed camera angles. The only thing you can do with the camera is zoom in and out, but you cannot rotate it at all. As a result, there are a lot of objects that can obstruct your view, making dungeons especially confusing. Furthermore, most of the dungeons are large labyrinths. Traversing them without a map can be frustrating. The encounter rate is abnormally high and the load times are excruciating, an unfortunate contrast to the quickness of the earlier PlayStation games. Finally, the pacing of the plot moves at a sluggish rate. You need to have a lot of patience before the plot gets interesting. 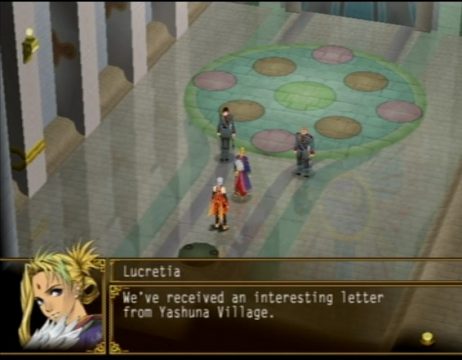 Fans who were turned off by the changes made in Suikoden III and IV should know that Suikoden V successfully captures the feeling of the older Suikoden games. While the pacing of the story is very sluggish, the diverse cast and the distinct locales are the main driving force of this game. Even though the series’ original creator was long gone by the time of its creation, Suikoden had not entirely lost its luster.