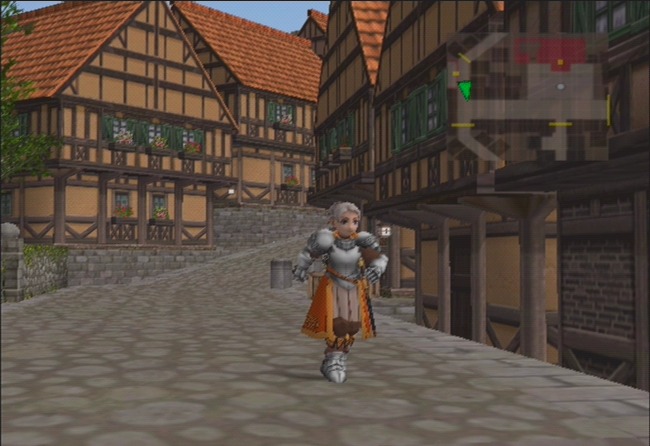 The third Suikoden is set fifteen years after the previous game. This time, the story focuses on the Grasslands and its neighboring regions. The area consists of two major factions: the Grassland tribes and the Zexen Confederacy. The two factions clash against each other due to differing political views. Despite the tensions between them, the two factions are awaiting a ceasefire agreement. Just when everything starts to go smoothly, a series of unfortunate events breaks out to undermine their efforts. A Tribal leader from the Grasslands is assassinated, prominent generals from the Confederacy are executed, and a tribal group displaced by the chaos. These incidents that occurred throughout the region spark further hostilities between both sides. Little do they know that someone is pulling strings from behind. While the war between the Zexen and the Grassland tribes continues, the Holy Kingdom of Harmonia is preparing to invade the region for their own mysterious aims. Suikoden III puts you in the roles of three different individuals from different backgrounds, giving three perspectives on the events as they unfold. 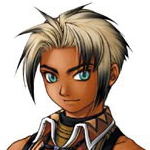 He’s a young individual from the Grasslands. He’s also the son of Lucia, a former chief of the Karaya Clan. He travels with his friend Lulu, an anthropomorphic duck named Sgt. Joe and a griffon named Fubar. 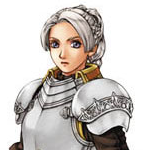 She’s a knight from the Zexen Confederacy who is known as the “Silver Maiden”. After her father’s death, she devotes her life to knighthood. 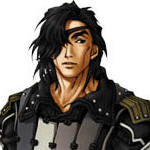 He’s the leader of the 12th unit from the Harmonian Southern Frontier Defense Force. He and his team members – Ace, Joker, Queen and Jacques – act as a third party, observing the conflict between the Zexen and the Grasslands from the outside. 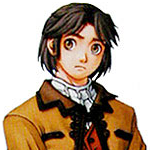 A shy young man who is appointed as a lord in Budehuc Castle. Due to the tense political condition of the land, Thomas faces many trials that go along with his new job. 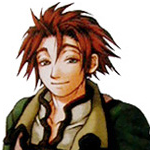 The main strategist in Suikoden III. Compared to his forebears, he has a down-to-earth nature. 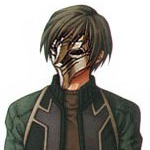 A mysterious figure who frequently appears in all three protagonists’ scenarios. What are his intentions during the conflict between the Zexens and the Grassland tribes? 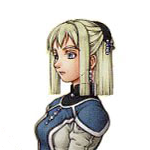 A powerful magician who aids the Masked Bishop. 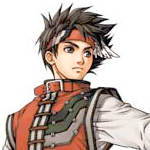 Wielder of the True Fire Rune, he is responsible for the end of the first Fire Bringer War, where Harmonia previously attempted to invade the Highlands. The player has to choose which of the three main characters will succeed his legacy and bring harmony to the region. 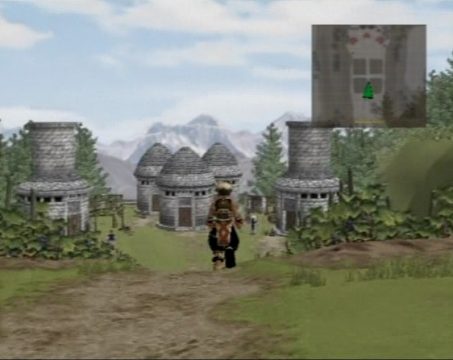 This is not only the first installment for the PlayStation 2, but also the first with fully 3D graphics. The character models are simplistic and their animation is very stiff. However, they generally capture the look and feel of their illustrations. The music style has expanded from the original, replacing some of the Asian influenced music of the original game with more tribal themes, in addition to some standard militaristic orchestrations. The standout theme is played during the gorgeous anime intro sequence, by far the best in the series, a gorgeous vocal piece called “Exceeding Love”, sung in a made-up language by the Japanese musical group Himekami.

There are also a number of substantial differences beyond the graphic and musical styles. The “Trinity Sight System” lets you see the plot from three different angles showing the various motivations that caused the war. As a result, you’ll see some events being repeated several times, but from a different character’s viewpoint. While it provides some interesting perspective, it often means you’ll need to traipse through the same dungeons several times. Each of the first three chapters is played from the view of one character, before their plotlines unite for the fourth and fifth chapters.

In addition to the three main characters, there are also two chapters that focus on Thomas, the master of your army’s castle. Although not important to the plot – they’re completely optional – they flesh out the storyline from the viewpoint of a civilian. There’s also a minor fifth chapter which lets you play as a dog named Koroku, which lets you listen to some interesting conversations. If you are able to gather all 108 stars, you’ll unlock a bonus where you’ll see how the story unfolds from an outside perspective. The data transfer feature is still present in Suikoden III. If you load up your data from Suikoden II, some of the returning characters will get increased parameters. 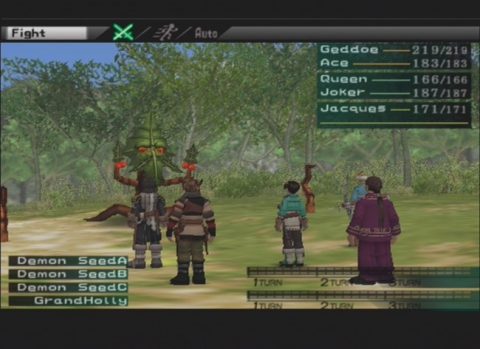 Suikoden III has gone through through significant gameplay changes. The regular overworld is gone, replaced with a map screen which lets you quickly move between areas. The standard battles take a drastic departure from the Suikoden formula, and utilizes a “Buddy Pair System”. Battles are still fought with six characters, but you’re required to pair up characters into a single unit, effectively cutting down the number of commands by half. When you choose a command for one character, their partner will have a certain reaction based on the given command. Sometimes they’ll follow it, sometimes they won’t. If you pair up characters based on their relationship, you might trigger a Unite attack. The weapon range system from the previous games is gone. Consequently, executing a command in battle flows a lot like a strategy RPG. It takes time to execute your attacks, which sometimes carry over into the next turn. Because of the nature of the battle system, the pacing is very sluggish compared to the earlier installments.

In Suikoden III, each of the playable characters can be distinguished from one another based on their passive skill and stats. For example, some characters have abilities to deal more damage or see how many times an individual can attack in a single turn. This is an interesting addition because now there’s more advanced party customization beyond inserting runes. Finally, Suikoden III introduces supporting characters. These have utilitarian functions that produce an after-effect once the battle is over. For example, a support character that specializes in nursing will restore a fixed amount of health after battle, while another increases their chances of getting rare treasures.

The Duel system hasn’t changed much. The only addition is a duel gauge – as you consistently win rounds in a bout, the battle falls in your favor. In other words, you get priority every time you successfully attack your opponent. Keep in mind that heavy damage also affects the duel gauge. The army battles, on the other hand, have changed once again. This time, the battlefield is made up by a set of panels, similar to a kind of board game. You move around in a turn-based fashion and attack enemies on adjacent panels. When you face off with your opponent, the format is similar to the regular battles, except it’s controlled automatically by the computer. Both sides attack each other for a number of turns until the battle is over. 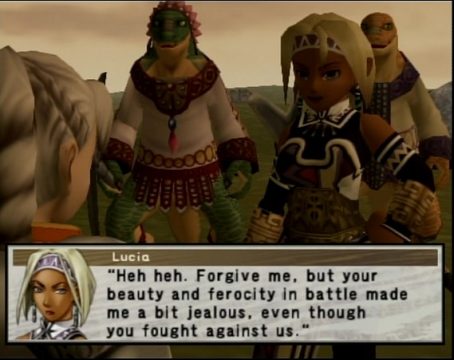 As Suikoden III was approaching its release date in Japan, there were conflicts between Konami executives and the director. As a result, Murayama left Konami. Because of this, the rest of the development team had to patch things up in order to complete the development. It’s no surprise that some people might notice a drop in the overall quality of the writing towards the end of the game. Despite Suikoden III‘s journey through development hell, it makes a valiant effort of changing the Suikoden formula. Tragically, it is the only mainline Suikoden game that did not have a release in Europe.

Although there were several Suikoden manga publications in Japan, only Suikoden III made it to North America, beginning in 2004 and published by Tokyopop. It’s drawn and written by Aki Shimizu, and is 11 volumes long. It’s a faithful adaptation of the story, and it’s a good read for those who want to follow the narrative but are put off from the gameplay mechanics. One issue: at one point in the game, it asks you to choose which of the three main characters to succeed the Flame Champion. Obviously, the manga makes its own decision, which might potentially conflict with anyone’s personal pick. Also, the artwork isn’t nearly as good as in the game, which is disappointing.