Released in 2001 in Japan, a year prior to Quest’s purchase by Square Enix, this work is the last original story in the Ogre Battle Saga.

As the papacy claims more power for itself, the Holy Lodis Empire becomes fanatical about spreading its religion to other countries. Territory is aggressively acquired to spread the faith in an international crusade. As a gigantic imperial power, not all of its authority is effectively centralized; local lords look to seek their own advantage, and the crusade represents the perfect opportunity for feudal ambitions. Fifteen years after the crusade, secular authorities are on the rise, and the Pope’s power is tenuous. The Duke of Felis dispatches a retinue of knights, led by his son Rictor Lasanti, to the island of Ovis to act as peacekeepers in response to civil conflict on the new colony. Along with Rictor is his best friend, Alphonse Loeher, conflicted about his place in the class hierarchy. Together, they find their pursuit of power will unearth more than they bet on. 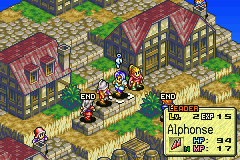 Whereas Lodis had been featured prominently as a threatening foreign power in previous titles, what stands out about this installment is that the protagonist is from the ominous empire. Instead of exploring the reactions of a hero to “the Other”, here the main perspective comes from a representative of that imposing force. Not only are his views juxtaposed with this new “Other” – the people of Ovis – but the power struggles and ideologies dividing Lodis from within are fleshed out as they vie for control of the island. In this way, The Knight of Lodis hits all the Tactics notes: intrigue and ideology set on an island. Nonetheless, it carves out its own space in the canon, delivering an outstanding prequel to Let Us Cling Together.

Atmosphere is influenced by Spanish culture, rather than Central and Southeastern Europe. Although art design is decidedly similar to the other titles, it is in the naming of places and people where this influence is mostly felt. It helps to show that Ovis is its own region. For instance, one of the villains is called “Cirvante”, the persecuted mermaids’ hideout is located in a region called “Sufrir” (to suffer); and the Catholic take on rebellious angels falling from grace is reinterpreted as the backdrop for the island’s mythology. 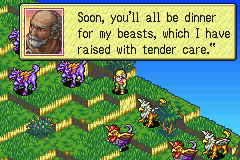 Though it plays much the same as the first Tactics Ogre, its changes have significant impacts on the dynamics of battles. The class system has been tweaked in some major ways. Class changes require not only stat parameters to be met, but “Emblems” related to actions taken in battle. It’s appropriate; if you want a character to develop in a certain way, you actually have to use them that way, rather than arbitrarily assigning them that role (a set number of dragons must be slain in order to change to dragoon, etc.). While units could be raised in one class for particular stat growth benefits and swapped to their intended class in Let Us Cling Together, that they add this system on top of the usual framework is interesting, giving the sense that a character has “earned” their title. Some emblems are more esoteric than practical, yet others provide passive stat boosts regardless of class.

Class roles have been altered, by adding new abilities and modifying existing ones. Knights may now heal, and summoners are even more deadly; buffs provided by witches’ spells make more of an impact. Many situations can call for a different response because of these new properties, yet the fundamentals of using certain tools for certain tasks apply. Also, characters no longer have to divvy up their items and equipment over four slots. Instead, every character has access to the entire inventory at any time during battle. This removes the challenge of managing the need for the two from battle to battle. Additionally, resurrection items are on hand from the geto, albeit expensively, yet this effectively eliminates the permadeath factor. Although a resurrection spell is available late in the first Tactics Ogre, one of its appeals is the trial of keeping everyone alive; this pooled inventory feature later reappears in that title’s remake. 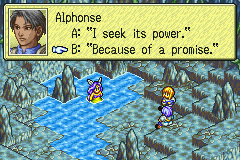 Stats have been streamlined and simplified. Strength, Intelligence, and Agility are the only metrics for measuring characters’ base level power, while equipment based stats (attack, defense, magic attack/defense) remain the same. While those three parameters are arguably the most important, and the functions of those like Vitality and Dexterity have respectively been packaged with Strength and Agility, it feels like a deliberate attempt to simplify the customization experience due to the GBA’s younger target demographic.

One of the greatest changes that truly factor into the positioning of units is the elemental affinity of terrain. A nominal buff/debuff applied to terrain types in Let Us Cling Together. Now, every tile has an element, and it can seriously hamper or bolster damage output, depending on the affinity of the character and their attack. This adds another risk-versus-reward framework, weighing on the analysis of the field, but without going so far as the elemental terrain found in Suikoden Tactics.

The party size is here limited to eight units. This may sound like it makes battles more daunting, though one is usually only outnumbered by three or four more fighters. The new party setup has more of a bearing on dungeons. Instead of being limited to one route when besieging a fortress, the party can be divided into two groups of four to tackle both fronts. These are almost masochistic challenges, though they may reap the rewards of getting every piece of dialogue and special equipment. 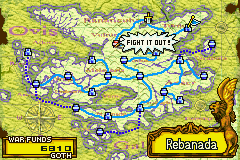 The biggest difference from the first Tactics Ogre is how the turn order system has been revamped. Each turn is divided into a player phase and enemy phase, with the player always starting first. Units may be moved in whichever order the player chooses. This completely changes how battles play out. Holding defensive positions while trying to flank the enemy is no longer as critical, when you can take potshots and run away on the next turn. While holistically, it is a downgrade, the enemy too can take full advantage of easier concerted attacks, preserving balance. You still have to think on your feet, but you’re not exactly walking on coals. 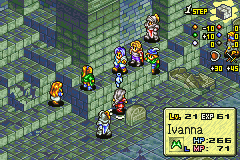 Unfortunately, the equivalent of a “Warren Report” is also missing. There’s a lot of lore, and no means of brushing up on it in-game, aside from paying attention. There is, however, a “Quest Mode” added, allowing the player to level up their team and then bring them in stronger for the main campaign.

The graphical quality is improved, with bright, vibrant colors throughout, and outstanding animations for spells and summons. Attacks have a bit more fluidity. For instance, it looks really smooth when a ninja draws their katana, slashes, then sheathes it. The art design is fantastic. Noriyuka Komoda and Ikumi Hachiro provided character designs, and while they necessarily have a different feel than Yoshida’s work, they definitely match the tone of the series. Castles and crypts are imposing, and the landscapes are both rugged and pristine; the variety of the environments speaks to the plot, in how Lodis seeks to impose civilization on the periphery. Between chapters, medieval-esque murals accompany the narration – a cinematic touch missing from the other titles. 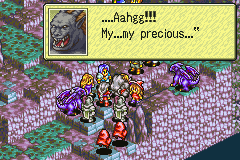 Iwata and Sakimoto return to score the soundtrack. Although it is another phenomenal effort, its delivery is hampered by the poor sound output on the GBA. So it almost sounds like Beethoven by way of chiptune. Melodies are beautiful, and harmonies are addicting, but with such low sound quality they sound like distorted emotions. At those times when you’re in a jam, and grating notes are assaulting you as well, it becomes excruciating. On the other hand, given that the game as a whole is deliberately “retro”, it works most of the time.

Overall, The Knight of Lodis might be missing that certain something, but it’s still magnificent. 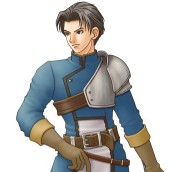 A young aristocrat, unaccustomed to his newfound social status in becoming a knight. Accompanies his friend Rictor on the mission that will determine his fate. Struggles to find justice as he finds himself becoming a power in his own right. 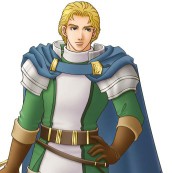 Heir to the dukedom of Felis in Lodis. Assigned by his father to intervene in the conflict on behalf of Anser, the southern region of Ovis. Knows more than he lets on. Their relationship parallels the Denim/Vice (or Ramza/Delita) dichotomy. 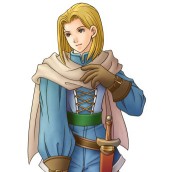 Rescues Alphonse after he is shipwrecked and separated from Rictor. Helps out in the church of Solea, where she was raised as an orphan. Has a mysterious past. 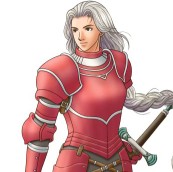 A soldier who fought for Rananculus ten years ago. Meets Alphonse shortly after he washes up on shore and volunteers to help him find his troop, becoming a trusted ally. Has a great sensei/apprentice backstory. 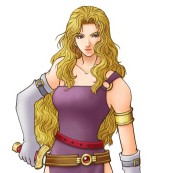 Agent of the Pope of Lodisism, represents the Order of the Sacred Flame. Saves Alphonse from a tricky situation to further her agenda. A great characterization as an anti-hero.