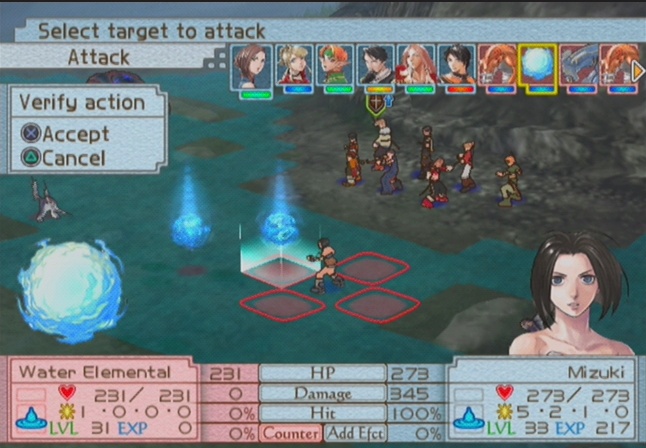 After the lukewarm reception for Suikoden IV, many believed that the series would fade into obscurity. Yet in 2005, Konami announced another Suikoden game. In contrast to earlier previous spinoffs like Suikogaiden, Konami decided to make a strategy RPG based on the Suikoden universe. Tying in with the previous game, the setting stretches around the events of Suikoden IV. The plot revolves the character named Kyril, who travels with his father and several of his companions to investigate the Rune Cannons. However, Kyril and the others are not aware of the hidden effects that lie in the Rune Cannons – an effect that could have dire consequences. 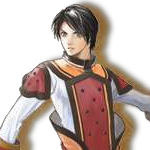 He’s the son of Walter. With his father, he investigates the effects of the Rune Cannons. 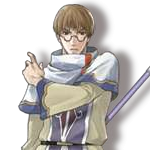 One of Kyril’s companions. He’s loyal to the group, almost to a fault, and tends to be apologetic whenever something unfortunate happens. 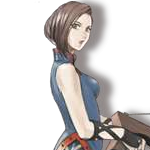 Like Andarc, she travels with Kyril. She’s the big sister of the group and loves to tease her companions. 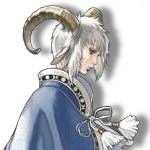 A mysterious goat-person who cannot speak. What might be her reason for traveling with Walter and the others…? 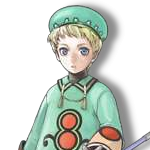 A young noble living in the Kooluk Empire. Upon meeting Kyril, she often struggles to make amends with the other nobles in Kooluk. 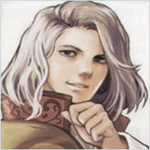 A prominent noble in the Kooluk Empire trying to gain political power as well as tapping the hidden potential of the Rune Cannons. 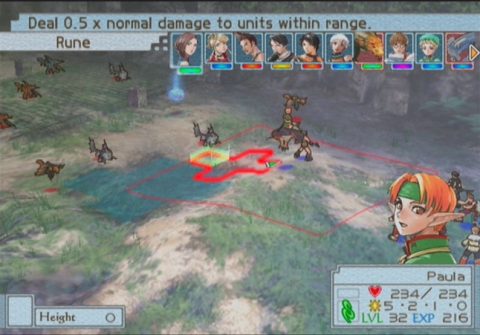 Even though Suikoden Tactics is a spinoff, it retains the integrity of the mainline series. You still recruit numerous characters throughout your adventure. This time, characters are now segregated into two types: physical and magical. Physical characters can only equip technique runes while magical characters can equip elemental runes. There are also support characters, which can be paired up with any of the main characters. Each of them have unique abilities on the battlefield, such as digging, stat buffing or stealing, but they do not have any offensive capabilities. Unite attacks still exists, but like Suikoden IV, certain conditions must be met before they are activated.

Suikoden Tactics reintroduces several features that were omitted in Suikoden IV. For instance, the data transfer function has returned. If you managed to recruit all 108 characters in Suikoden IV, you’ll unlock a couple of characters, one of whom is so powerful that it totally breaks the game. The skills system makes a return in Suikoden Tactics, and now all of the characters have passive abilities. However, the skill system works quite differently from Suikoden III. Everyone’s level of skill is capped, and the only way to overcome the skill cap is to recruit more characters.

Aside from the commonalities with the mainline Suikoden games, Suikoden Tactics stresses on terrain elements. Each character has a given innate element and responds differently depending on the element they are standing on. If, for example, one of your character’s innate element is fire and he is standing on a fire elemental tile, then he receives a stat bonus and slight HP recovery. Similarly, the opposite is true as well – If he stands on a water element tile, then he gets stat penalties and HP damage instead. 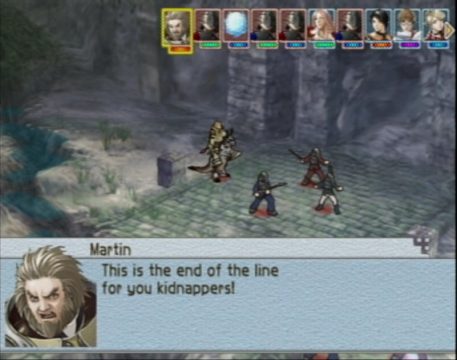 The gameplay of Suikoden Tactics borrows several elements from other SRPGs. It’s essentially an amalgam of Fire Emblem, Vandal Hearts and Final Fantasy Tactics, with bits of Suikoden flavor sprinkled in. Like in Fire Emblem, characters can trigger conversation with one another by standing next to each other. If two characters have a strong relationship, they can perform unite attacks or establish mutual effects. If the characters are not significantly involved with the plot, they are marked with permadeath status, so once they die in battle, they may die for good. This can be frustrating, but fortunately there are ways to prevent permadeath.

Suikoden Tactics profits from intricate level design and diverse battle conditions. Most of the stages feature some form of environmental interaction. For example, if you kill off high level grunts, it can trigger enemy reinforcements. Also, objects that are placed throughout the stage affect the overall layout of the area. Occasionally you’ll see objects that block your path, or find a mode of transportation that can bypass a stage hazard. Victory conditions are fairly diverse in Suikoden Tactics. Aside from the usual “kill all enemies” or “defeat the boss” goals, you’ll find objectives where you need to traverse to the next area or destroy objects scattered throughout the battlefield. If you need a slight break from the main campaign, you can do quests for the quild to earn extra money and skill points. Like Final Fantasy Tactics‘ proposition system, you can send one of your characters to partake in a small mission. If you are lucky, you’ll be rewarded with additional bonuses. 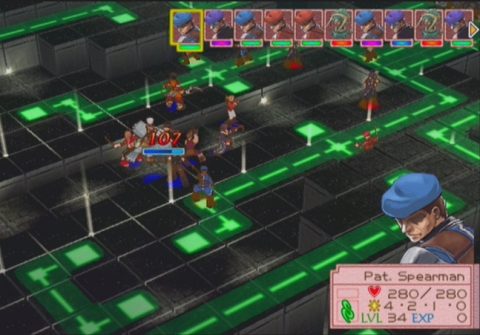 Lastly, if you were disappointed with how the Suikoden IV cast had turned out, Suikoden Tactics expands character interaction and development. Beside the goodwill conversations and the story campaign, the camp command shows the playable characters interacting with each other. Overall, it fleshes out the Suikoden IV portion of the universe despite how underappreciated it may be.