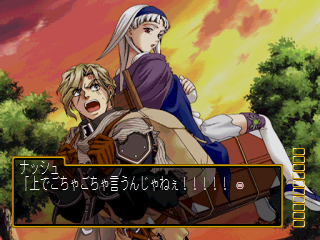 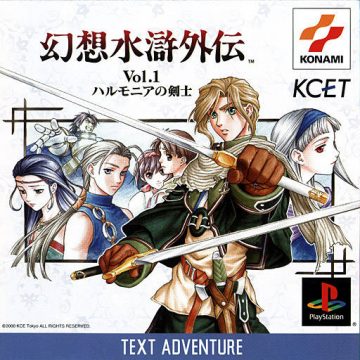 Suikogaiden (sometimes spelled “Suiko Gaiden“) is a spinoff that takes the form of a visual novel. Set during the events of Suikoden II, you play as Nash, a former noble from Kingdom of Harmonia. He wanders around gathering information about the True Runes in the Jowston region. During his adventures, he gets involved with the war, and interact with many people from different backgrounds. While it helps expand on the events from Suikoden II, some events also flesh out Nash’s mysterious background. 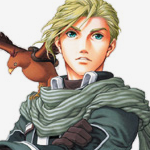 A former Noble from Harmonia. He is part of Harmonian Southern Frontier Defense Force as the person who gathers information, and also appears as a secondary character in Suikoden III. 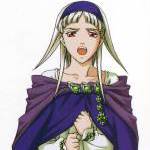 A fairly minor character from Suikoden II, Sierra is a vampire who is something of a fan favorite. She travels with Nash and fights off zombies in the first chapter of Suikogaiden. 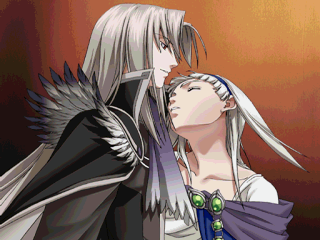 Because Suikogaiden is a visual novel, minimal gameplay is involved. You basically and look at the vivid images and imagine the action based on the description. There are four chapters in total, and the game can be finished within several hours. Occasionally, you get to choose your actions, which can lead to branching scenarios. Certain actions will add “Luck Points”, which can then be used later on to make specific choices. If you don’t have enough LP for a specific choice, you can’t take that plot branch. Other than that, Suikogaiden is a linear game.

Suikogaiden is not for everyone, and those who want actual gameplay will be bored. On the other hand, if you are fan of Suikoden II, it does give plenty of insight. For instance, it resolved a few of the plot holes from Suikoden II and it’s full of cameos. The artwork is intricately detailed, and most of the music is taken from the other PlayStation Suikoden games. Unfortunately, Suikogaiden did not have an overseas release since it’s a visual novel. However, an English fan translation was released recently for your viewing pleasure. Therefore, you don’t have to fumble through the summary texts online. 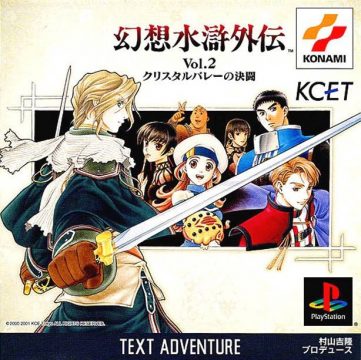 Even though the end of the PlayStation era was already on the horizon, Konami released another Suikogaiden game. Suikogaiden Volume 2 is set three months after the events of Suikoden II. The story is once again told by Nash, as he wanders around to different regions and helps people in need. This time, Nash has a goal – to defeat his enemy, Zaj Quilous, who is responsible for Nash’s troubled past. 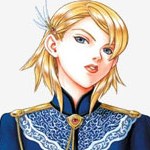 She’s the aunt of Nash. She works under the Bishop of Harmonia in Caleria. 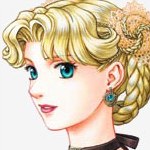 She’s Nash’s younger Sister. She’s once engaged to Zaj Quilous until a tragic event happened. Since then she lived with her aunt. 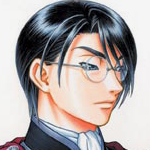 His hatred towards Harmonia and Latkje family had grown immensely over time. What drives his anger towards the Harmonians?

This game is the expansion version of Suikogaiden Volume 1. There’s a transfer feature from the first volume where you’ll get a couple of extra dialogues from the characters you met previously. Also, you’ll see other characters from Suikoden II after the war. While some of them who are still resolving their problems, Nash is the main focus of the story. Like the first volume, it adds information about the post-war Dunan region. Next, Suikogaiden volume two sets you up for Suikoden III because some of the chapters involve you and the incidents that occured in the Grasslands. Once again, Suikogaiden Vol. 2 did not see a overseas release due to the nature of the visual novel genre. Again, like Suikogaiden Volume 1, it also had a English fan translation. So, play the game with your hearts content.