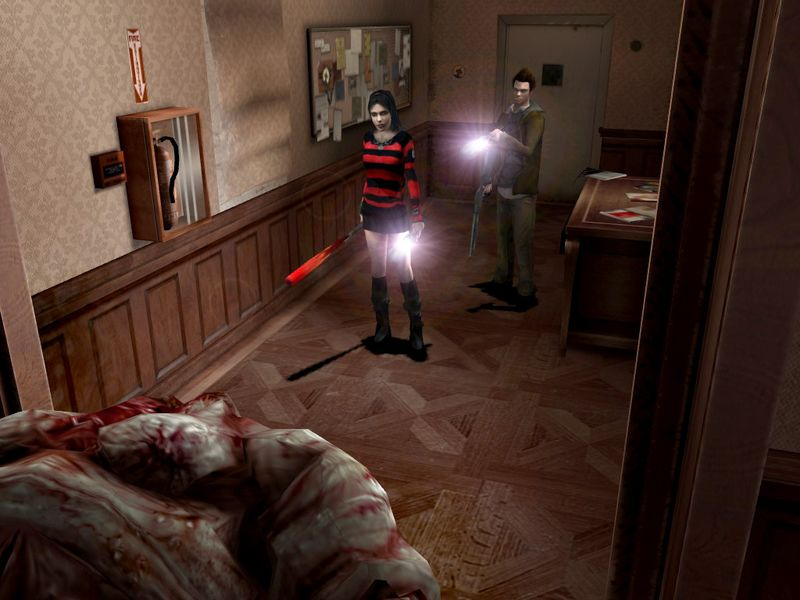 A few years later, Microïds felt lucky and gave the green light for a second ObsCure in 2007, smartly called ObsCure II… at least in Europe, as it was retitled ObsCure: The Aftermath in the United States. And while the first game is decent, its sequel is a complete trainwreck. It was published on the PC, PlayStation 2, Wii and PSP. The PC port is probably the best version, as the higher resolution is far less fuzzy. It is also worth underlining that the PSP port is excellent and allows you to play two players mode with the ad-hoc system, while the Wii version includes some bonus animatics.

Two years after the events of Leafmore High, our brilliant protagonists made it to the nearby Fallcreek College. But surviving the plant monsters wasn’t enough, as all of the heroes were infected with the plant’s spores, forcing them to take a special treatment every day to avoid side effects, like, for example, turning into a giant monster. On the campus, a new drug seems to be a killer among students. Based upon strange growing plants, the drug induces nightmares-filled hallucinations. While going to a fraternity party, Kenny and the new crew discover that black spores actually transform everyone into monsters. To make things worse, Kenny quickly suffers from treatment withdrawal, turning in a huge abomination and therefore becoming the nemesis of the players.

The plot is awful, but not in a good way. It involves rape and a whole sort of gory details that you might want to avoid. Awkward as hell, the dialogue doesn’t make much sense, thanks to a terrible translation, and the characters changing moods from line to line don’t really help either.

The gallery of characters has changed a little bit, for the worse: 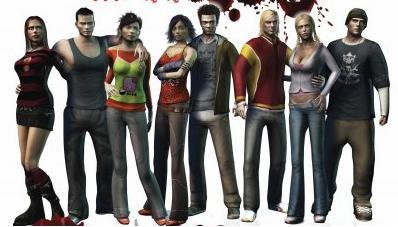 Obviously traumatized by the events of Leafmore High, Shannon still doesn’t have any taste in clothing. Being accustomed to the plant disease, she can absorb “black auras”, magic walls blocking certain paths.

Traumatized by school, Stan spent some time in prison and is now working as a delivery boy. He can still lock-pick doors. Unlike Shannon, he needs daily medication to survive.

Traumatized by his own stupidity, Kenny ended up in college. Unfortunately, he isn’t able to cope with his disease and turns into a monster.

Corey Wilde is a skater and a full time daredevil. He can climb and reach higher grounds easily.

Mei Wang is the tech geek. As a result, she can hack keypads.

Sven Hansen is the exchange student. He replaces Kenny as the force of nature.

Amy Brookes is the smart & beautiful blonde. She can solve puzzles. It doesn’t end well for her. 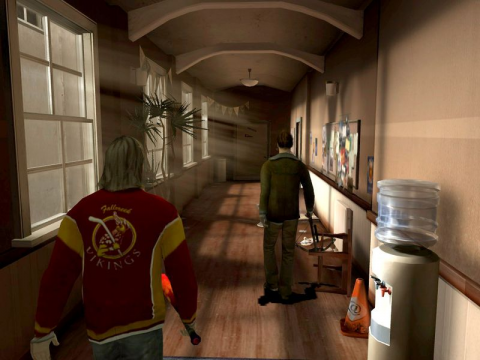 The first disappointment is that, for most of the game, ObsCure II doesn’t allow you to choose your characters. Even when it does, you will need a specific team to progress. It also implies that no one can die, because Hydravision has telegraphed the game very carefully. Furthermore, the whole light gimmick has been stripped out, turning the game in a classic survival-horror. Strangely enough, it’s much more difficult than the first one and requires even more item management, and of course, a lot of running away.

The game is streamlined and broken down into various segments, forcing you to use a specific team, but at least the inventory is transferred each time. Making the game more scripted allowed Hydravision to offer more variety in the gameplay: hacking, climbing, nice cooperative puzzles. It would have helped the game to stand up to its legacy, but unfortunately, most of the minigames must be performed while being attacked by endless waves of monsters. The last straw is probably the final boss, who must be dealt with while lock-picking an electric generator. Even though the flashlight disappeared, the arsenal itself became pretty gigantic. Though most of the weapons are locked inside cartoony huge boxes strewn through the game. To unlock them, you’ll need to look for three well-hidden small keys in each zone.

The most infuriating feature of ObsCure II is probably the save system. Disguised as gigantic and grotesque purple flowers, the save points can only be used once. An even bigger problem is that usually you will need to perform many actions near the checkpoints, meaning that you need to choose between risking to lose your progress or risking to restart after every subsequent action. Hydravision took the criticism about the length of the first Obscure at heart, since the sequel is twice as long. The game even continues for one hour after the staff credits have rolled to offer you a final showdown with Kenny. 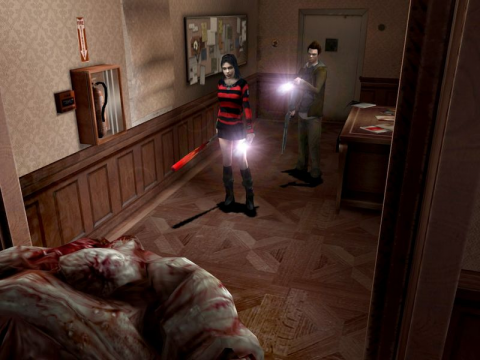 The only redeeming quality of ObsCure II is its music, which is still fantastic. Olivier Derivière has surpassed himself offering a even better soundtrack, with longer tracks. Even better, the two soundtracks are downloadable on his website, so you don’t have to suffer through “the aftermath”. He later worked on Alone in the Dark (2008) with The Mystery of Bulgerian Voices. Unfortunately, jobs are rare for good composers in France, he is now trying his luck in San Francisco.

“Now, you can play with your girlfriend” was the tagline for ObsCure II, and frankly, why would you want to do that? The only thing you will get is a break-up thanks to the creepy plot or the hardcore difficulty.