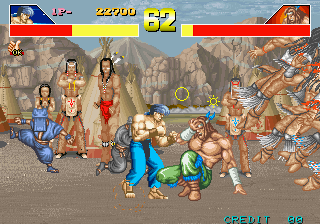 The original Power Instinct features a scant eight characters to choose from. The fighting engine feels a little off, and there are a number of quirks, most notably the floaty jumps. Although the character portraits look pretty decent, the ingame sprites are almost spectacularly ugly, especially in the case of Annie Hamilton. The only interesting bit are the barriers on each side of the fighting area – if you hit your opponent hard enough, you can knock them through, making a larger playing field. (This feature was later borrowed in Real Bout Fatal Fury.) All of the characters have double jumps and dashes, which does make the game feel a bit more versatile than other games from around the same time. Other than the granny, there aren’t any particularly interesting characters either. Given the rather weak introduction to the Power Instinct series, it’s easy to see why the rest of the world never warmed up to it.

The Super Nintendo port is relatively decent, as least as far as 16-bit ports go. The Mega Drive version has lowered color depth and worse music, but still plays well. It also has a bizarre karaoke option that plays one of two songs and displays lyrics on the screen. 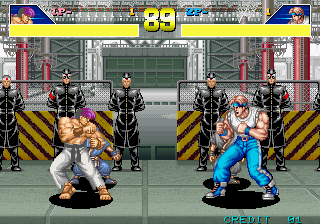 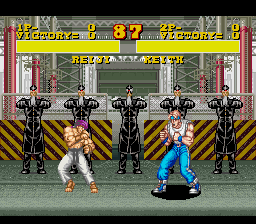 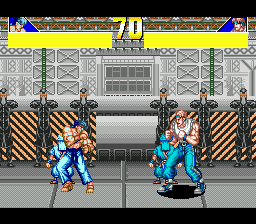