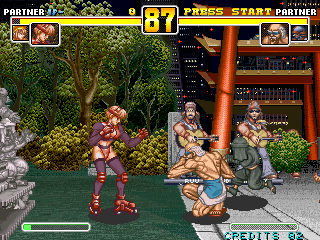 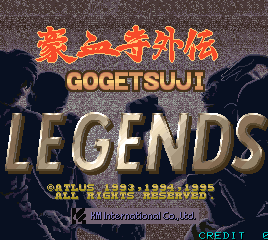 Also known as “Power Instinct Legends” (although the title screen says Gouketsuji Legends), the third game is really more of an upgrade than a whole new title. Super Clara and Pooch have become their own characters, while Clara and Kinta have lost their transformations. There’s also a new final boss named Chuck, who looks like a punk version of Dan Hibiki wearing a codpiece, and the Kuroko (dubbed Ninja Boy in English) is now playable. The only real change is that you can choose two characters – if the first character loses a round, the second one comes into play, similar to King of Fighters. Other than some modified backgrounds and new music, there’s not too much to distinguish this one from Power Instinct 2. 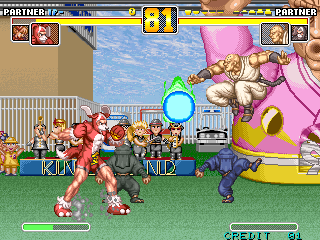