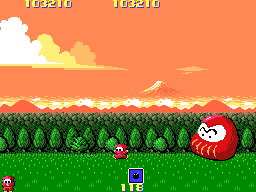 The arcade sequel takes the gameplay of Ninja-kun and greatly expands on it. Although there are still many stages where you simply need to clear the screen of bad guys, there are also a number of side scrolling areas where the goal is to get to the end. There are far more levels overall, which are generally bigger than the screens from the original game. You even get to choose between different paths at the beginning of the game, and the route depends on a card selected at the start. The game keeps introducing new enemies throughout its 31 stages (in one path), and even some large boss style monsters. Some of the later enemies require advanced strategies, like tiny samurai armors that only become vulnerable for a second after jumping on their heads. In addition to some swimming stages where Ninja-kun uses a katana, there are also very brief “puzzle” stages – if you can get to the end, you get a bonus weapon for the next stage. The task but you can also choose to dishonor yourself and simply skip it. 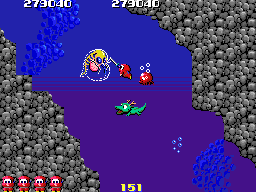 The additional weapons include a boomerang, which is slightly stronger than the shuriken, the extremely strong bombs and a fire wheel with limited usage. Most importantly, the controls have been fixed, so pressing down now makes Ninja-kun drop to the lower floor (or crouch if there is none), while pressing up cycles through the available weapons. Ninja-kun now is as agile as they come: He can hold onto walls and slowly climb up by mashing the jump button, or scale walls even faster with a tricky wall jump. When he falls too high, Ninja-kun is incapacitated for a few seconds upon impact, but this can be prevented with a saving roll. 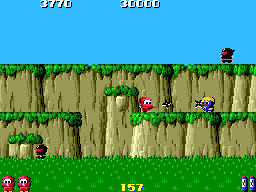 The character sprites look about the same as the original game, but the background graphics have improved a bit. It’s not exactly a classic, but it’s still pretty fun. It was ported to the Famicom in 1990 by UPL itself, and is a significantly better port than the Famicom version of Ninja-kun – other than the downgraded graphics, the game plays pretty much the same. It was meant to be released in America by American Sammy under the name Ninja Taro, but that never came to fruition. There are a couple of different naming variations around the globe – the “World” version is known as Ninja Kid II while North American versions were known as Rad Action. There are also some boards that use the enigmatic name JT-104, which were long believed to be bootlegs, but may in fact be legitimate. 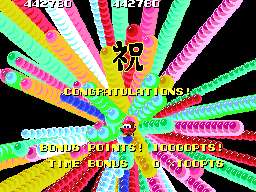 It also reached the MSX2, courtesy of HAL. It looks better than the Famicom version, but the scrolling is choppy, and the multiple routes at the beginning have been removed. Like the original, Ashura no Shou got Japan only releases for mobile phones and the Virtual Console. There was yet another mobile version in 2007, although this one was called Ninja Kid (no numeral), and only available Korea. It was developed by Ubiquitous Software and published by Fujitsu Korea. Aside from a prettier interface, it seemingly adds life bars for the stronger enemies. Unfortunately, all that’s known of it are some tiny thumbnail screenshots. 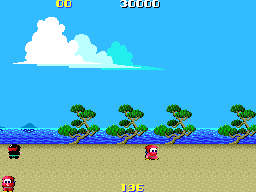 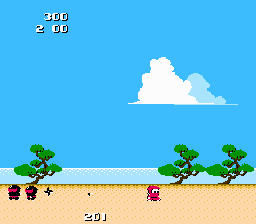 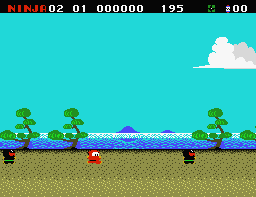