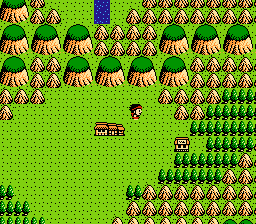 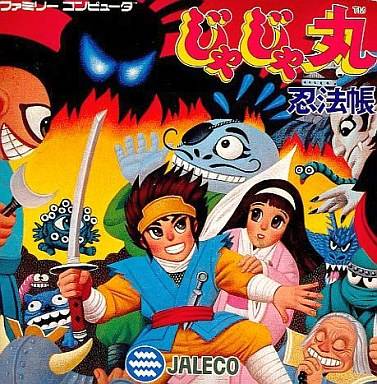 Eager to hop on the RPG gravy train, the third Jajamaru-kun title (translated as “The Ninja Magic Scroll”) is a Dragon Quest clone. This time, Jajamaru ditches his ninja outfit, but the game still maintains the cutesy demeanor of the earlier titles. Most of the enemies look pretty goofy, and some of the graphics – especially the wavy battle transitions – are fairly decent. The game itself is relatively simple, featuring the slow, kludgy interface that Dragon Quest is known for.

There are only two playable characters – Jajamaru and Princess Sakura – and you can only fight one enemy at a time. Interestingly enough, whenever you level up, you’re taught a new skill by Buddha himself. There are three different chapters that you can choose at the beginning game, at least. At any rate, there are certainly worse RPGs on the Famicom. 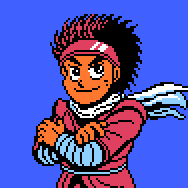 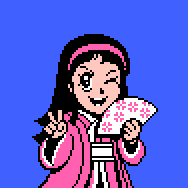 Jaleco had apparently planned to release this in America under the title Taro’s Quest. A beta ROM released on the internet shows a good 2/3 of the game fully translated. However, much of the game was to be redesigned for American audiences. Nearly all of the graphics have been redrawn to look less anime-ish, and most of the sillier monsters have been ditched in favor of serious-looking foes. The heroes have also been renamed “Taro” and “Hanna”.