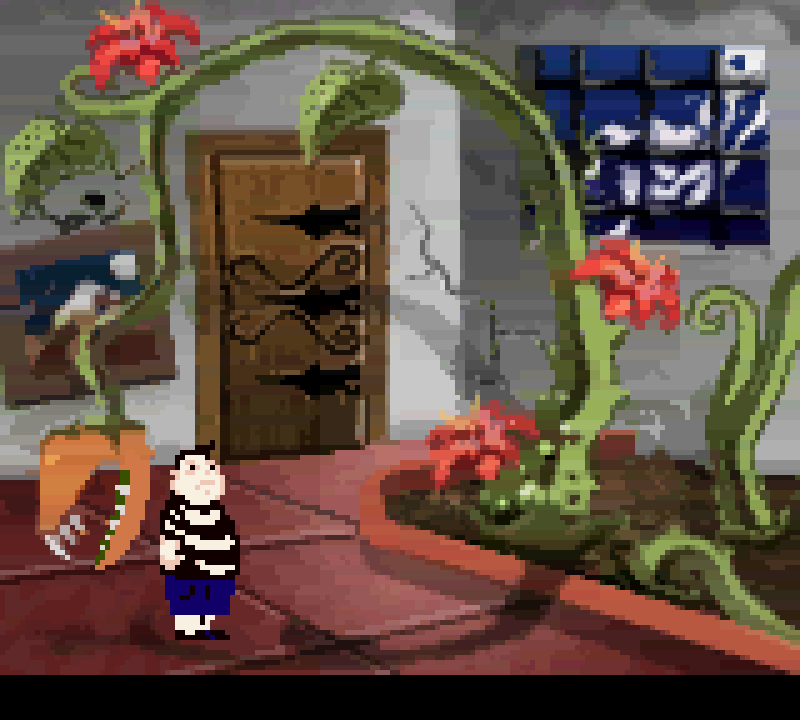 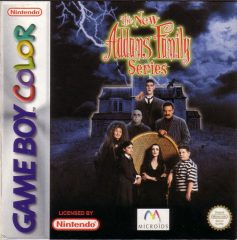 This short-lived 1998 Canadian-American sitcom had its tie-in in the form of a point-and-click adventure game developed by 7th Sense and published by Microids. 7th Sense was an Italian studio whose first game was the Game Boy Color Europe-only comical adventure The Fish Files: a rare example of a point-and-click for a portable console, that had a cartoony, distorted art style clearly inspired by the more comedic Lucasarts titles. This game is visually very similar to The Fish Files, though with the graphics being appropriately more drab. The characters aren’t similar to their live-action actors seen on the cover at all (no digitized portraits here), for example Uncle Fester looks like a fat friar, but for a game like this, it does not matter. Something less justified is how the Addams Family theme is totally missing, replaced by a vague sound-alike in the beginning and some bleep-bloop tracks that get annoying after a short while.

The generic story: the Addamses’ mansion is going to get demolished to make space for an amusement park, and it’s up to kids Wednesday and Pugsley to find a way to save their home. As one can see, it has not much to do with the series in itself, but it still has a few references to the franchise and follows its weird and macabre humor, for example the very first thing the kids have to do is to fix a guillotine. However, the dialogues are not really that funny (maybe also because English was not the devs’ first language) and certainly not to Lucasarts’ standards. The few characters besides the family are also generic and forgettable. 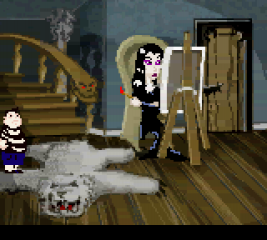 The game works fairly well within the limitations of the system, again just like The Fish Files. Characters move around with the D-pad and an arrow shows the objects and people they can pick up or interact with, and pressing Start opens the inventory menu, where two buttons (a light bulb and a hand, probably meant to be Thing) mean that the selected item can either be used on the object we are interacting with or combined with another inventory element. This menu also allows the player to save the current game whenever, though there’s only one save slot. Items only disappear when the puzzles are solved, so in theory the game can’t be made unwinnable.
Unfortunately, just like the other Addams Family games, it has its frustrating moments in the form of the dreaded action sequences, that ruin most point-and-click titles, and this one is no exception. Pugsley has to avoid various obstacles in brief sections that probably wanted to shake the gameplay up a bit, but instead are just irritating and pointless. It’s also a quite short title (the mansion is not quite as huge as it was in the action-oriented titles) and adventure game experts wouldn’t get more than 2 or 3 hours of gameplay out of it.

In the end The New Addams Family, while still being competent and fairly well-made, is another second-tier game based on a franchise whose popularity was waning, and that ended up being forgotten and mostly found in bargain bins.