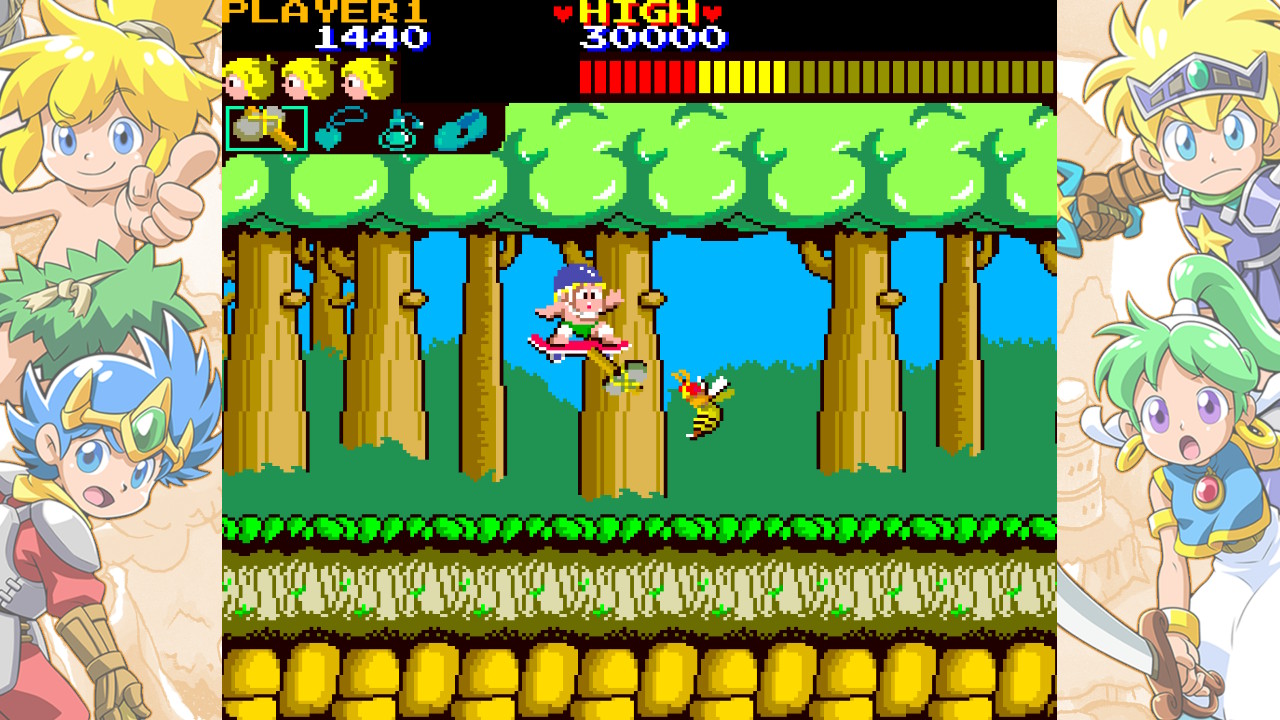 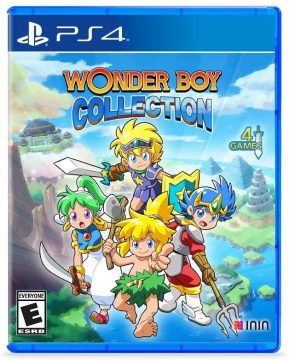 The Wonder Boy / Monster World series saw a resurgence in the late 2010s, thanks to remakes like The Dragon’s Trap and Asha in Monster World, along with the brand new title Monster Boy and the Cursed Kingdom. Designed for those who were introduced to the series through these newer games, Wonder Boy Collection compiles four of the early games in the series from the 1980s and 1990s together into one convenient package. 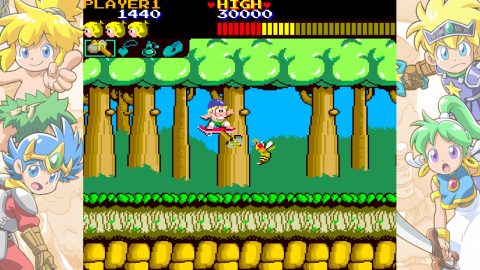 The initial entry in the series is a Super Mario Bros.-style platformer, casting you in the role of a little caveboy and propelling you through tropical-themed levels to save his girlfriend. Since your energy meter is constantly counting down, you need to regularly collect the fruit that’s scattered about the stages. While you don’t have a default weapon, you can crack open eggs to find throwing hatchets, as well as a skateboard to quickly zoom through the levels. It’s a pretty fun game, though it grows repetitive in the long run due to repeated levels and boss fights. This entry is better known as Adventure Island for the NES, which is basically the same but replaces the hero with Hudson’s own character, Master Higgins / Takahashi-meijin. 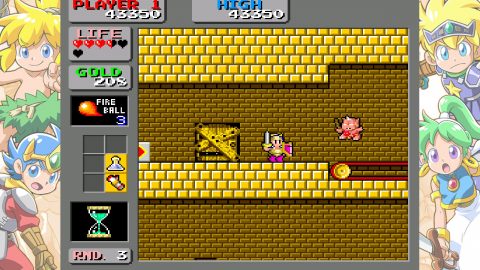 This arcade sequel changes up things quite a bit, adding in RPG elements that require a slower, more methodical pace. Rather than throwing axes, your main weapons are a variety of swords, as well as limited-use magic spells. Defeated enemies yield gold, which can be used to purchase items or equipment, or grab some drinks at a bar for some helpful tips. However, since the game was designed for arcades, it’s still quite linear, and the timer ensures that you can’t spend too much time dawdling around. There are quite a few hidden secrets, and following a side-quest is basically required to be able to finish the final stage. Most Western games are probably more familiar with the Master System port, though only the original arcade version is included here. 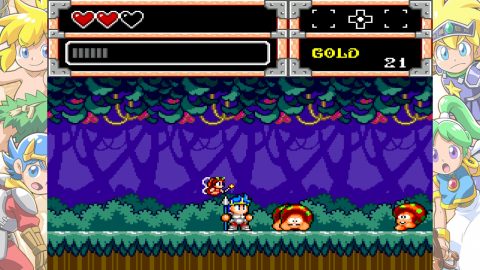 This collection skips over the third (Monster Lair) and fourth (The Dragon’s Trap) games in the series to include this first 16-bit game. Designed for consoles, this is a side-scrolling action-RPG, where you control warrior Shion as he saves the realm from evil. In each of the dungeons, you’ll be aided by a little sprite, each with a unique power. The game isn’t quite as good as The Dragon’s Trap, its SMS predecessor, but it’s still pretty solid. 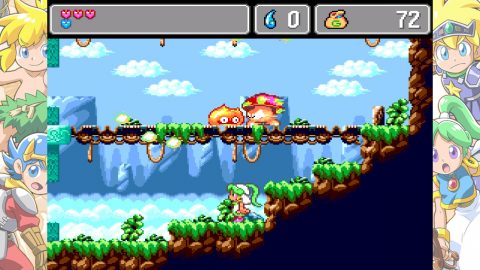 This entry ditches the Wonder Boy game since it stars a girl, the green-haired Asha. (The more recent remake includes the moniker in an attempt to clear up the decades-long confusion.) Taking influence from Arabian fantasy, this entry still includes some RPG elements like coin collecting, but otherwise is quite a bit more linear than previous entries, with individual stages that rely on some light puzzle solving using a round flying creature called a Pepelogoo. This entry was initially unreleased in North America, until it received an official English translation in 2012. 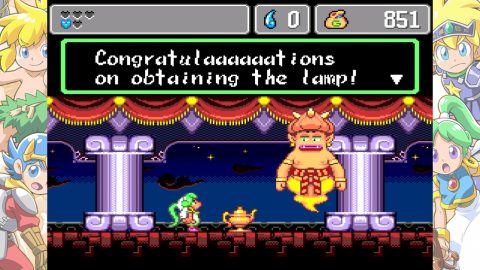 The games run on the same emulation framework as other titles published by Ratalaika Games like Gleylancer and Clockwork Aquario. There are the save states, screen display and filter options, and handy fast-forward and rewind functionality. Also included is a small gallery, though it’s little more than a couple dozen pieces of packaging artwork or manual scans, including some for ports that aren’t included in this compilation.

All of the games on Wonder Boy Collection are pretty good, but it’s hard to shake off how incomplete it is. It’s basically the same as the Monster World Vintage Collection released back in 2012, just with the original Wonder Boy added in. Monster Lair, the shoot-em-up/platformer, is missing, as is The Dragon’s Trap, which is generally considered the best of the original series. Sure, the remake released in 2017 is the best way to play the game nowadays and is easily accessible, but it’s still strange to see it missing.

Also, most of these games can be found elsewhere on the PlayStation 4 and Switch, though the releases have always been a little odd. Wonder Boy is part of Hamster’s Arcade Archives series, though it was only released on the PS4 in Japan. Monster Land is part of the Sega Ages line on the Switch, while the Genesis version of Monster World (along with Monster Lair) is on the Sega Genesis Classics on the PlayStation 4 (though not the Switch version). Monster World IV was also bundled along with the Asha in Monster World remake, though only on the physical cartridge on the Switch, and as a downloadable copy with the PS4 version.

For anyone who’s still discovering the Wonder Boy / Monster World series, this is a fine introduction. But longtime fans would be better served waiting for the confusingly titled Wonder Boy Anniversary Collection, which includes all of the games in the series (including Monster Lair and The Dragon’s Trap) as well as the Sega console ports and Western/Japanese variants. This is the most comprehensive collection to date, even more so than the Sega Ages 2500 Monster World collection on the PlayStation 2, though as of this writing, it’s a physical-only release distributed through Strictly Limited Games.