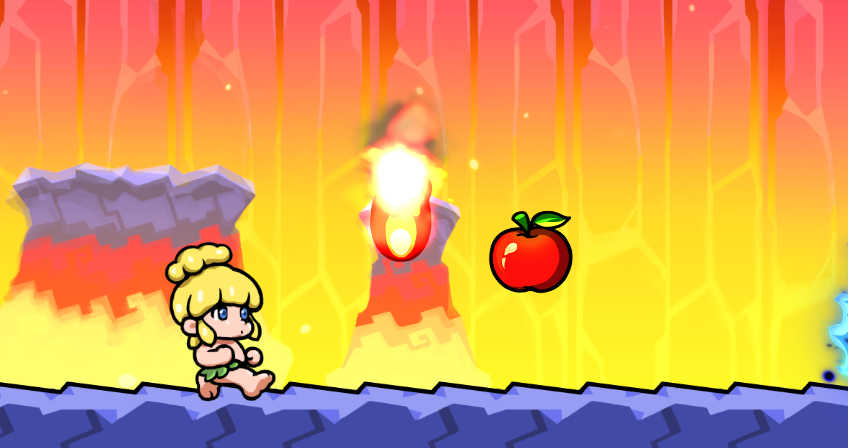 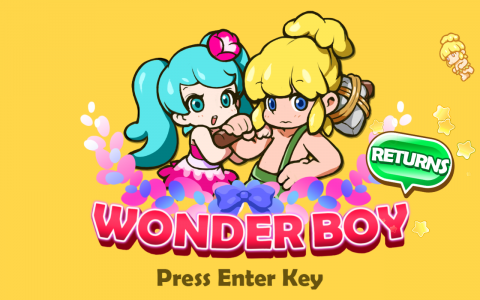 Unfortunately, Westone went out of business in 2014, and the intellectual properties were liquidated to a company called LAT. The Korean developer CFK then picked up the rights to the original Wonder Boy, and created Wonder Boy Returns in 2016. It’s technically the first follow-up to the original game not to use the Takahashi Meijin / Adventure Island name. 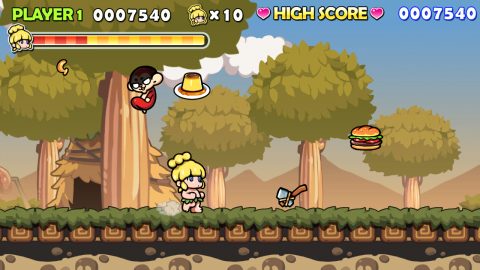 It straddles the line between a remake and a sequel. There are ten worlds, each with four levels. The first world is a pretty close recreation from the set of stages in the original arcade game, but most of the rest are of the levels are new, with many new background sets and enemies. All of the boss fights have been redone too, with original bosses at the end of each world instead of the head-swapped near-identical foes of the original game. However, very little of the core mechanics have changed – for example, the only power-ups are the hammer and the skateboard. 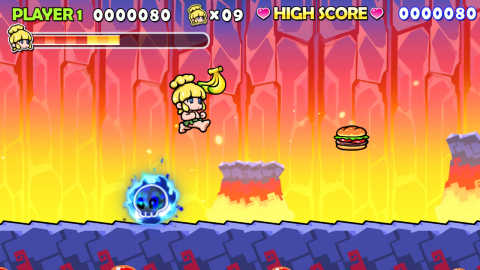 The colorful art style, with chubby, cartoonish characters perfectly fits with the game world. The new intro, which shows Tina getting made at the hero for his flirtatious ways but getting kidnapped by a demon, is pretty cute. But it only looks good in stills – like many of these types of remakes, the developers didn’t really add any extra animation frames, so the high definition of the sprites really makes their choppiness stand out. In fact, some are markedly worse than the original game – for example, the jumping cycle of the frog enemy, which doesn’t even move smoothly at all. It looks astonishingly bad. 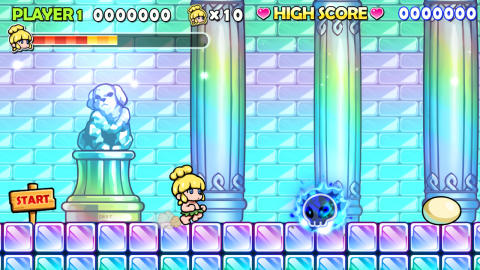 That kind of cheapness pervades the entire game. The main character begins each stage in his idle animation, a few pixels below the actual ground. The camera often has trouble keeping up with the orientation of the character after starting a new life. On easy mode, all of the levels (and even the ending) are unlocked straight from the beginning, and you’re given a generous ten lives to beat them. There is a challenge mode that gives you a traditional arcade-type experience (run through all 40 levels in one go, with three lives), but it’s just weird. Plus, even though it controls well most of the time, there are little quirks that make it feel sloppier than normal. The original game was always a little slippery, but the inertia here is a little different, as well as the way it registers jump heights. It doesn’t make the game unplayable but it is noticeable. As a plus, Tina becomes a playable character if you collect 30 bonus dolls in the stages. 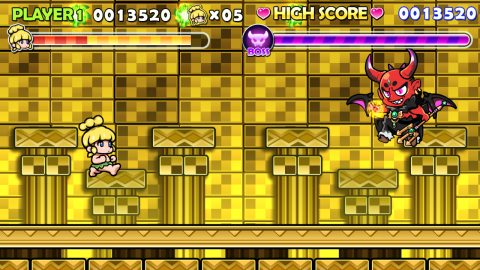 Overall, there’s a pervasive sense this was done on the quick and cheap. It doesn’t do anything to improve on the original game beyond the new levels and bosses, but the flat difficulty curve means the later levels aren’t really any harder than the early ones. Ultimately, a disappointment. 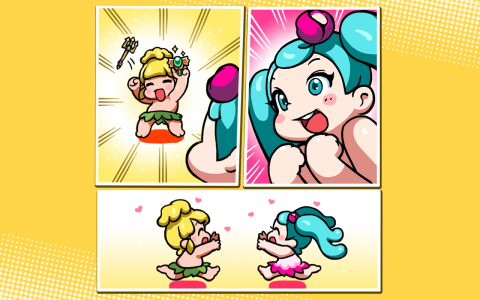 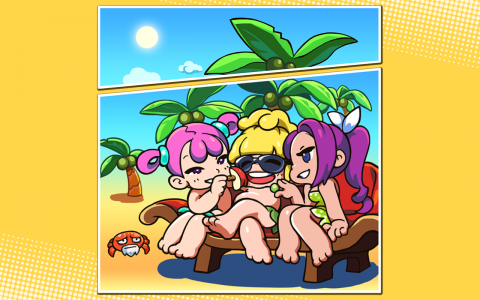 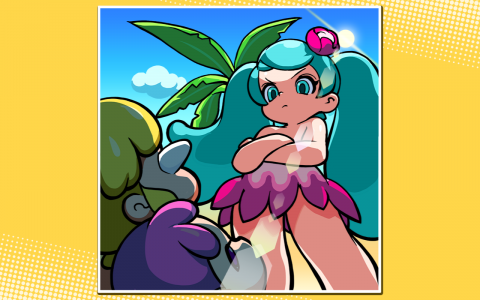 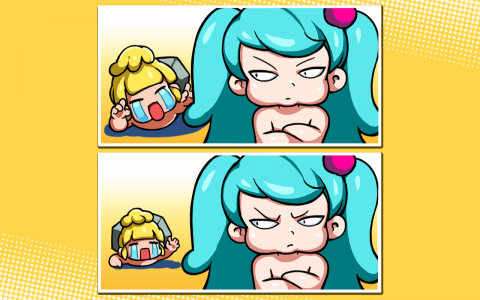 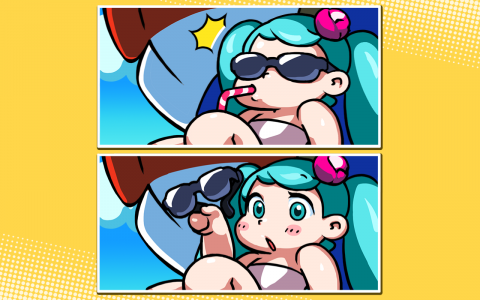