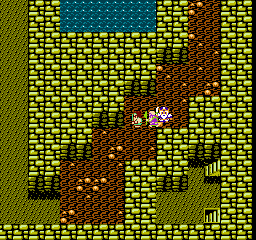 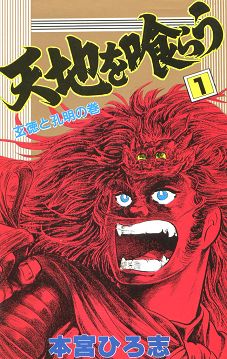 Years before the Breath of Fire series solidified Capcom’s RPG pedigree, the company was mostly remembered for their action games. Titles like Bionic Commando and Mega Man 2 were staples in any NES library, but in 1989 the company developed two RPGs: Willow and Tenchi wo Kurau. The former is a conventional Zelda-inspired Action RPG, a uniformly quality licensed title, while the latter, licensed from the titular manga, is a very atypical RPG.

About a year later, Tenchi wo Kurau was released in America as Destiny of an Emperor. It spawned two direct sequels, one more for the Famicom and another for the Game Boy. These three games take typical strategy RPG and JRPG elements and remix them into something totally unique. The common element is the game’s tactical battle system, which differentiates itself from games like Final Fantasy and Fire Emblem in several critical ways. The battle screen is made up of five player-controlled generals against five enemies, all with a certain number of soldiers who function as hit points. The more soldiers a general has, the more damage they can dish out against opponents. Rather than targeting specific enemies, Destiny of an Emperor quickly becomes less about vanquishing opposing generals and more about determining what order you’ll weaken them. If an RPG’s quality is based solely on its battle system, these games offer a singular gaming experience.

Tenchi wo Kurau, or The Devouring of Heaven and Earth, is a manga dramatizing the classic Chinese novelRomance of the Three Kingdoms. The original story is well-regarded for its long and twisting historical narrative. With all of its various characters and sub-plots, there’s no way Tenchi wo Kurau can retell the entire novel. Instead, it focuses specifically on the story of Liu Bei, Zhang Fei, and Guan Yu, three sworn brothers who become a dominating force in the war-torn land of ancient China. Serialized in Weekly Shonen Jump beginning in 1983, it evidently surveyed very low amongst Jump readers, ending only one year later. There are no sequel comics, no OVAs, and little else in the franchise excluding a smattering of games developed and published by various companies. Although never translated into English, the entire series has been collected into an affordable seven volume set available on many websites.

Capcom released two Tenchi wo Kurau beat-em-up arcade games world wide as Dynasty Wars in 1989 and Warriors of Fate in 1992. In the west, Dynasty Wars is probably the most visible of all Tenchi wo Kurau games, with ports created for nearly every major computer platform at the time. This article won’t go into detail discussing these, instead discussing Destiny of an Emperor and Tenchi wo Kurau‘s various other RPG iterations.

Tenchi wo Kurau’s Heroes and Villains

All of the Tenchi wo Kurau games follow essentially the same storyline, chronicling Liu Bei’s rise to power. Many sources have commented on how loosely the game follows the Romance of the Three Kingdoms and Tenchi wo Kurau storylines. Liu Bei, Zhang Fei, and Guan Yu begin the game as sworn brothers and destroy the Yellow Turbans, Liu Bei becomes governor and eventually declares himself the emperor, and his army conquers and unites the entire continent under the Shu banner. In Romance of the Three Kingdoms, Sun Quan’s army actually triumphs over Liu Bei, after which he becomes very ill and dies long before China is unified. For those who care about historical inaccuracies, just be prepared for some turbulence.

Liu Bei is a revered historical figure in China and thus one of the more popular characters in Romance of the Three Kingdoms. Along with Zhang Fei and Guan Yu, a blood oath is made that starts every game: they will all die together in battle. In real life, Liu Bei started the Shu Han state and declared himself emperor of China in 221 AD, dying two years later. In Tenchi wo Kurau, he’s a benevolent, humble man who winds up unifying all of Japan if the player is successful. As he has to become emperor early on, Liu Bei isn’t in the party for very long in Destiny of an Emperor, but he remains the ruler of all your forces.

Along with Guan Yu, Zhang Fei is one of Liu Bei’s greatest allies, accompanying him on most of his early ventures and continuing to serve him until his death. He was assassinated by his own men in 221 AD, though he’s a staple in your party at the beginning of every Tenchi wo Kurau game. Throughout all of the games, he’s always one of the hardest hitting generals. Three-quarters of the way through the first two Tenchi wo Kurau RPGs, he is replaced by his slightly weaker son Zhang Bao.

Today, Guan Yu is a symbol of undying loyalty. Although fighting under rival lord Cao Cao for a brief period, Cao Cao recognized that Guan Yu remained faithful only to Liu Bei and let him leave his service. Guan Yu is always one of your key beginning allies, although his stats generally balance his strength and intelligence. Like Zhang Fei, he is replaced by his son, Guan Xing, near the end.

Zhu Ge Liang was the chancellor to Liu Bei, an important strategist and statesmen who served the Han dynasty for decades. His skills are incredibly important in Destiny of an Emperor as he has the highest intelligence, making him the best general to use for magic-like battle tactics. He learns the most powerful healing spell in the game, though he doesn’t gain the strongest offensive powers.

Lu Bu is portrayed as a huge jerk in Tenchi wo Kurau, constantly flip-flopping between sides, a master of betrayal in mid-battle. This reflects his real life tactics, killing key leaders, repeatedly switching his stance toward Cao Cao and Liu Bei until Cao Cao had him executed in 199 AD. In Destiny of an Emperor and several sequels, his maxed out strength stat makes him a physical powerhouse, stronger than any other character in the game. Unfortunately, as in real life, Lu Bu generally dies long before the story ends.

An accomplished poet, scholar, strategist, and leader, Cao Cao is never fought in Destiny of an Emperor, but he is the main villain of most of its sequels. He’s a real jerk, constantly over-taking Liu Bei’s castles in his thirst for total power. While most fictional representations of Cao Cao are like this, many historians believe he was a compassionate military genius who treated his generals well. In the Tenchi wo Kurau games, Cao Cao’s son Cao Pi kills him to take over the Cao Wei state, though he probably died of natural causes in 220.

Cao Pi quickly became emperor of the Cao Wei state in 220 after succeeding Cao Cao as Chancellor, making his real life accomplishments more about political maneuvering than anything else. While he talked his way to power in real life, he’s a cold-blooded killer in Destiny of an Emperor. After killing his own father, Cao Pi becomes a malevolent general bent on stopping Liu Bei’s army at any cost in the game’s finale.

Sima Yi, or Si Ma Yi in Destiny of an Emperor, was a general of Cao Wei. He lived an exceptionally long life, dying in 251 at the age of 71. Tenchi wo Kurau turns him into the epitome of all evil, using magical thunder abilities to instantly kill your party without the use of a special button combination. He’s the final boss of Destiny of an Emperorand the biggest pain in the neck, able to use full heal spells on himself and instant death spells on your party.