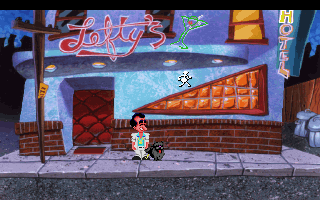 Please note that this article contains some adult content, in the way of both text and images, and is considered Not Safe For Work.

If you could create your own little computer people on your monitor, what would the first thing that you’d have them do? Well, probably you’d have them run around a bit. Then maybe you’d punch them around or create silly scenes of violence. And then maybe strip them of their clothes and make them do each other. (If you doubt this theory, dig up any old Mario Paint SNES cartridge and take a look at any saved animations, provided they haven’t been long deleted.) Sierra, purveyor of the first animated graphic adventures back in the early ’80s, operated mostly on the same philosophy – take a little stick figure, have them traipse around the scenery, and think of all of the funny ways to get them killed. Of course, developers mostly stayed away from the “sex” part, for fear of creating a controversy.

Leisure Suit Larry was born out of an earlier Sierra text-only adventure game called Softporn Adventure. When Ken Williams, president of the company, wanted to do a graphical remake, he put Al Lowe in charge, a programmer who had previously worked on The Black Cauldron, King’s Quest III, and others. Along with Mark Crowe, one of the creators of Space Quest, they came up with Larry Laffer, a fat, balding, perpetually out-of-style loser who just moved out of his basement and wants to experience the womanly touch for the first time in his life. In other words, he may as well be the original 40 year old virgin. His adventures often begin with his famous theme song, which is remarkably catchy even coming from the blippy old PC speaker. Al Lowe, who also wrote the theme, is an accomplished jazz musician, and some of his works also appear in later games. 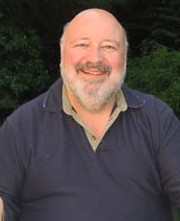 Through most of Leisure Suit Larry, the goal is simple – to chat up girls and hopefully convince them to sleep with you, although there’s usually some humiliating circumstances that gum up the works. (Some of the games also try to introduce more stringent plots that just happen to have you hooking up with women.) Al Lowe himself has confessed that Larry is sort of a fantasy figure to live the life he never could, the kind that could try to pick up girls in the most shameless way imaginable, but at the same time, he acts as a narrator to mock his sad, sad exploits.

Of course, the series is also known for its fairly juvenile sense of humor. Like many “mature” rated games, Leisure Suit Larry is best experienced (a) if you put yourself in the mind of a 13-year-old, or (b) if you are, in fact, actually a 13-year-old, and the concept of seeing naked boobs still totally blows your mind. 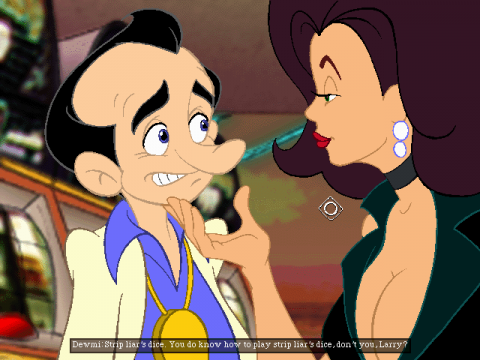 That may sound like an inappropriate recommendation for kids considering the material, but really, outside of the basic concept, they usually aren’t quite as raunchy as its reputation suggests, at least the earlier entries. In the first game, the only real nudity is a portrait of a naked woman in a bar. In the next few games, there are some pixellated boobs and other assorted body parts, but you’d really have to squint and use your imagination to fill in any details anyway. Once the series hit VGA with the fifth and sixth games, it added a few Easter eggs to get a quick glimpse of nudity, but it got taken a bit further with the seventh game, featuring more numerous and slightly more explicit secrets, and the eighth game features a mode that strips the female characters of all of their clothes, in addition to some out-and-out softcore scenes.

In general, the games are far more often about laughter than titillation. The humor occasionally goes beyond just dick and fart jokes, too. Much like other Sierra games like Space Quest, it has a tendency to break the fourth wall, bringing in characters from other games just for the fun of it. Ken Williams makes several appearances in the games – first, as an annoying drunk at the bar, and later, at the end of the first game, as a spokesperson for potential sequels. He also appears in the second and third installments as the leader of an island tribe. Al Lowe himself even cameos a few times. The series also tried for a politically correct angle with the introduction of Passionate Patti, a gorgeous bombshell who falls for Larry, whom players could control in the third and fifth games.