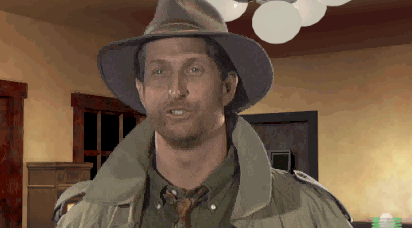 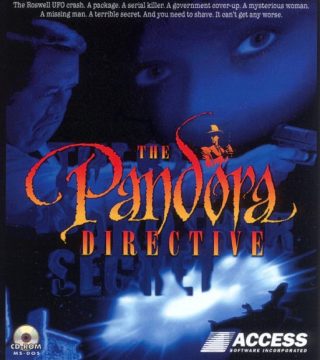 Two years after the release of Under a Killing Moon, which proved to be a critical and financial success, Access released its sequel, The Pandora Directive. Taking place just a few months after the events of the previous game, Tex hasn’t exactly found fame and fortune after saving the planet, but his name has caught the attention of one Gordon Fitzpatrick. Played by Kevin McCarthy, Gordon contracts Tex to hunt down a missing person named Thomas Malloy, which seems simple enough… until you eventually learn that Mr. Malloy is involved with the aftermath of the Roswell Crash and the various technologies salvaged from the alien ship. In addition to becoming entangled with an NSA cover-up, Tex becomes involved with Malloy’s daughter to find several puzzle boxes which supposedly unlock the mystery of this “Pandora Device.”

In 1996, the whole “Area 51” theme hadn’t been beaten into the ground with various other elements of pop culture (as seen in TV shows like the X-Files, or games like Perfect Dark and Deus Ex), so its exploration of the myth was novel for the time, but wasn’t so heavily ingrained in conspiracy lore that it became clichéd or boring. The game also highlights Tex’s rocky relationship with Chelsee Bando, the comely newspaper saleswoman from Under a Killing Moon. 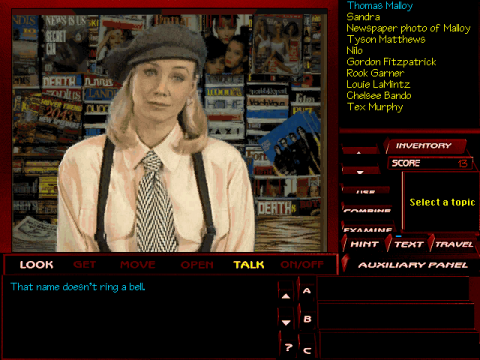 Since only a few months have passed isince Under a Killing Moon, many of the locations and characters are more or less the same. Tex now has a larger office and can explore a few areas of his apartment building, while the surrounding area of San Francisco has a few new tenants, including a fancy (if seedy) nightclub and a chocolate bar opened by Clint the bum from the last game. Since The Pandora Directive runs on the same engine, it might seem cheap to reuse the same assets, but it’s almost like returning to a place you’ve been on vacation to, just wandering around familiar areas to see what’s changed, or catching up with familiar faces.

Plus, while you still spend a lot of time in this area, the scope of the game has drastically widened. The Pandora Directive does everything a sequel should – it’s a much longer game, with a more intricate, focused plot (which also cuts back on some of the slapstick from the previous game – either a pro or a con, depending on your perspective). There are now nine chapters as opposed to six, and the entire game comes on six CD-ROMs. (The multiple drive mapping returns, thankfully.) There are more locations, more puzzles, and of course, many more cutscenes. Unfortunately, many of them are the kind that you need to watch from beginning to end without skipping them, and some of them can get relatively long. Still, it’s hard to complain since practically everything has been improved so much despite using the same technology. 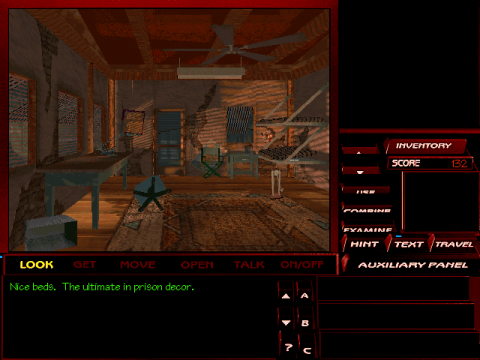 The game’s advertising made a huge deal about the three different paths through the adventure. “Mission Street,” as it’s termed, has Tex taking the high road and playing the good guy, which eventually leads to one of three happy endings. “The Boulevard of Broken Dreams” is where Tex acts like a morally reprehensible jerk, leading to one of four endings. And “Lombard Street” is the middle road, leading to two endings. A lot of this is a bit misleading, because it makes it seem like there are drastically different routes through the story. There aren’t. The events are pretty much the same most of the way through the game, but you may find some secondary characters being killed off if you’re on the worst path.

All of this is affected by the conversation system – instead of simply having to retry every dialogue when you choose the wrong selection, it’ll instead reflect on Tex as a character if you keep picking the jerkass responses. Your status is also affected by other small actions, like whether you pay back your debts or return missing objects to their owners. The only way to see which path you’re traveling is through a cheat code. 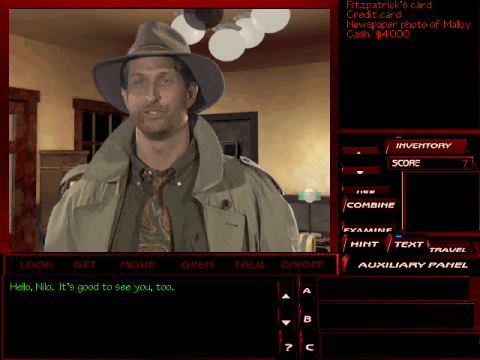 The game also features two difficulty modes, similar to Monkey Island 2. “Entertainment” simplifies (or cuts out) many of the more difficult puzzles, removes a few locations, and allows access to a hint system, similar to the first game. “Game Players” features the full game, but restricts the hint system (it’ll automatically drop you into “Entertainment” if you try.) The chapter skipping saves from Under a Killing Moon are gone. Entertainment mode offers a total of 1500 points while Game Players has a max of 4000, but the content changes between the two modes are not nearly as significant as those numbers would imply. Unfortunately, James Earl Jones didn’t return, and thus The Big P.I. in the Sky is gone. Instead, each death is accompanied by a close-up of a grave, with Tex Murphy’s ghost turning to the audience, giving an “oh well” shrug, followed by a brief description as to what went wrong. So while The Pandora Directive isn’t quite as campy as its predecessor – an aspect which is actually kind of missed – it’s definitely the better game overall.