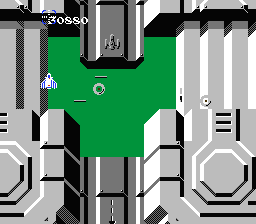 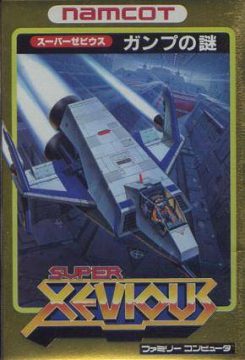 In 1986, after Endō’s defection from Namco (he opposed the idea of a sequel to Xevious, as he felt it was unnecessary), the company created Super Xevious: GAMP no Nazo (“The Riddle of GAMP”). This is the first proper sequel to the original, released on Famicom. The game has earned a bad reputation – perhaps it was difficult to live up to the arcade game with the Famicom, or perhaps it was because Gradius had raised the bar too high by the time it was released. Namco published it in a luxurious plastic box and golden cartridge, but the sales weren’t on par with the original, and it was never released outside Japan. 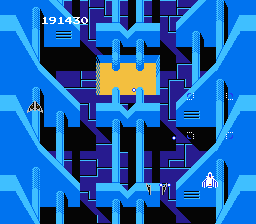 GAMP no Nazo is quite original because, true to its name, it involves solving riddles in each stage in order to progress. Unless certain criteria are met (be it bombing all required targets, or finding a hidden spot in the clouds) the stage loops indefinitely, getting harder and harder in the process. The game also introduces some hard-to-catch power ups for the Solvalou, namely a rear shot, a shield, and a bigger lock-on. Unlike the previous game, stages succeed each other in a more traditional way. It also has some cinematic moments, like a speedy tunnel section where the Solvalou flies slightly above ground and must avoid collisions, which is pretty cool.